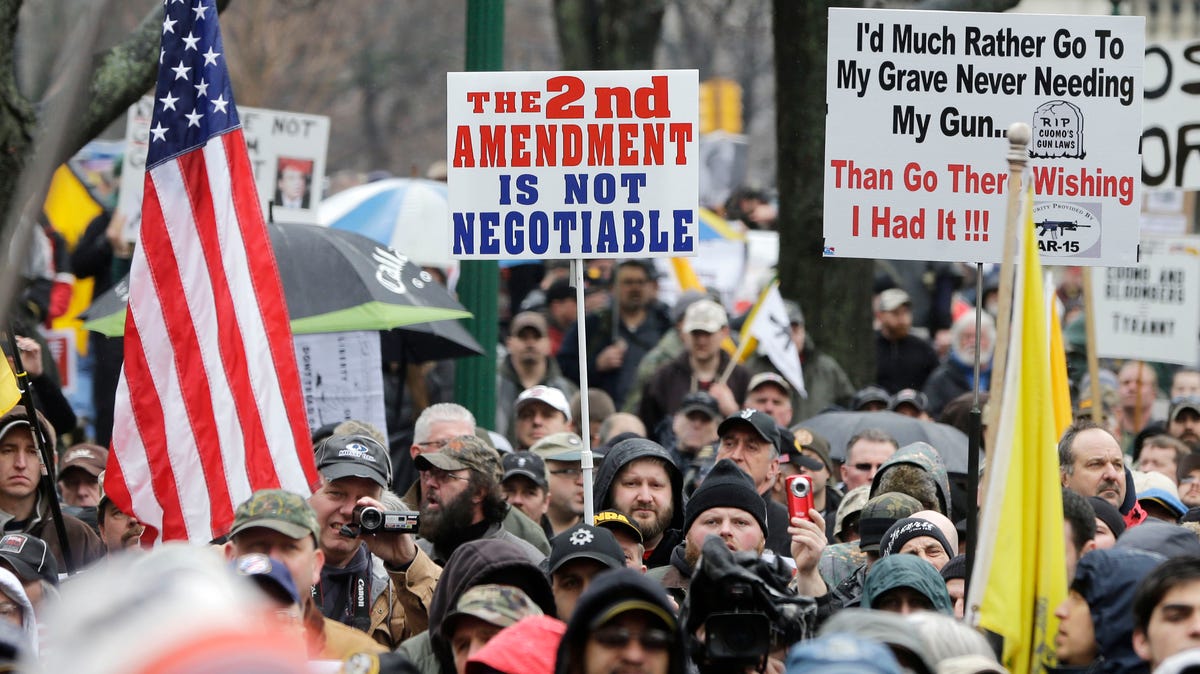 A New York gun-rights case that could potentially reshape concealed-carry laws in America has pulled together a pair of unlikely allies: A chapter of the National Rifle Association, and a group of defense attorneys who say it’s a racial-justice issue.

The New York State Rifle & Pistol Association is a plaintiff in the Rensselaer County-based case challenging a state law that limits gun-carrying outside the home without a license.

The case, which has made its way to the U.S. Supreme Court, has a chance to set a national precedent.

On July 22, Black Attorneys of Legal Aid, Bronx Defenders and public defenders spread across the state filed an amicus brief in support of the challenge, claiming it unfairly affects their clients, most of whom are poor and Black or Latino.

Although New York allows for permits to carry concealed guns with a license, the state law makes it virtually impossible for the ordinary law-abiding citizen to obtain one, both the lawyer and gun-rights groups argue.

The lawyer group — which included public defenders offices in Monroe, Ontario, Wayne and Oneida counties, among others — said the law renders the Second Amendment “legal fiction” for their clients.

The group also says that the requirement falls in line with a history of keeping guns out the hands of racial and ethnic minorities.

Each year, the public defender group said they needlessly represent too many indigent Black and Latino clients in gun-possession cases — all because of New York’s gun-licensing requirement.

“New York violates our clients’ rights to keep and bear arms by arresting, jailing, and prosecuting them for possessing a firearm — anywhere — unless they have applied to and survived the state’s expensive and onerous discretionary licensing process,” the brief argued.

The group’s stance comes amid a progressive push for more stringent gun laws after an uptick in shootings across the country.

Yet, the group of public defenders said their “clients’ conduct would not be a crime in states that already properly recognize the Second Amendment.” By keeping the statute in place, many people of color become entrenched in the criminal-justice system because they don’t have the correct licensing, the brief claims.

“We routinely see people charged with a violent felony for simply possessing a firearm outside of the home, a crime only because they had not gotten a license beforehand,” the brief argued.

In April, the Supreme Court decided to take up the case after more than a decade since handling a gun-rights case – and it is likely to have major implications for other states such as New Jersey and Hawaii that have similar requirements.

GUNS IN AMERICA: Nearly 40 million guns were purchased legally in 2020 and another 4.1 million bought in January

Two Rensselaer County men and the state Rifle & Pistol Association filed the lawsuit. The pair had been denied a permit because they each failed to show “proper cause” to carry a firearm in public for self-defense.

The lawsuit later said it’s nearly impossible for regular people to get the right licensing. In turn, the consequences of making the process so onerous have led to racially disparate arrests in New York, the legal group argued in the brief.

Black people made up 18% of the state’s population last year but they account for 78% of the state’s felony gun cases, according to pretrial release data cited in the public defenders’ brief. Non-Latino white people conversely accounted for 7% of the prosecutions while making up 70% of the population.

New York Gov. Andrew Cuomo and others have vowed to fight the case, saying in April that the NRA-backed suit was a threat to public safety.

“The streets of New York are not the O.K. Corral, and the NRA’s dream of a society where everyone is terrified of each other and armed to the teeth is abhorrent to our values,” Cuomo said in a statement.

New York City Police Commissioner Dermot Shea told Bloomberg News that adding more guns to “our” streets is not the answer to reducing violence. Instead, he said in the statement, the NYPD should continue to regulate the conditions to legally carry a loaded firearm on their streets.

The Supreme Court is expected to take up the case in its next term, which starts in October.