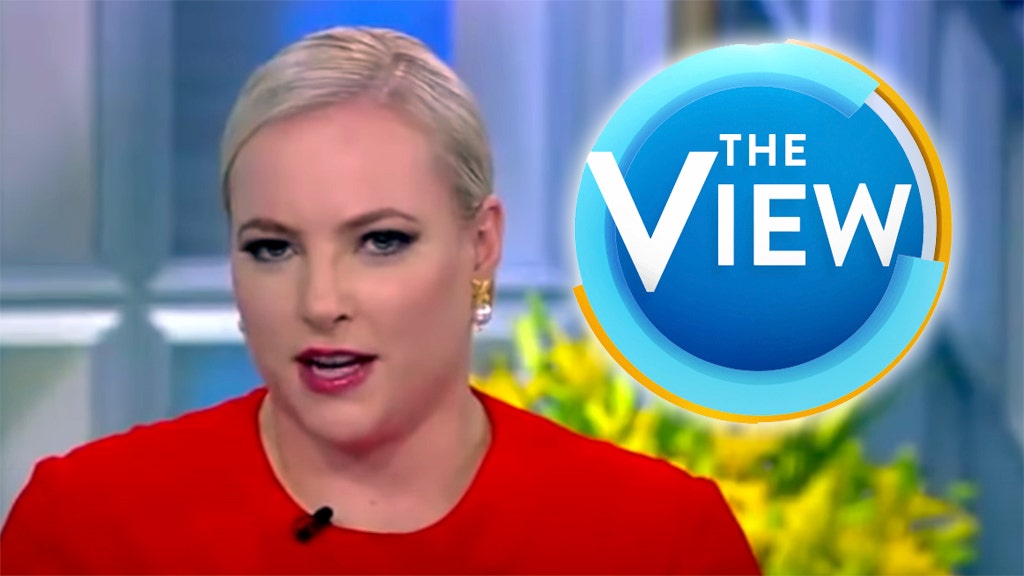 “The View” co-host Meghan McCain will exit the daytime gabfest for good following Friday’s episode after four years of viral moments and frequent, fiery clashes with her liberal colleagues.

The show’s conservative pundit has generated countless headlines with tense, sometimes awkward, clashes with everyone from Whoopi Goldberg and Joy Behar to guests on the program. McCain said her decision to leave was difficult, but she had enjoyed settling down in Washington, D.C., with her husband and daughter since the coronavirus pandemic and didn’t want to upend her life again for the New York-based program.

As McCain prepares for life after “The View,” here are some of her most memorable hot takes, spats and arguments:

‘The View’ gets heated as Goldberg, McCain clash over impeachment

Goldberg tried to shut down McCain over impeachment in December 2019, telling her colleague to “stop talking” during a heated conversation.

“No problem, I won’t talk the rest of this show,” McCain shot back.

“I’m OK with that,” Goldberg said as the two continued to bicker.

McCain and Behar clash on nearly a daily basis, but a particularly tense exchange in February 2020 occurred during a conversation about the legitimacy of Trump’s presidency.

“I’ve been right about election stuff and you’ve been wrong, so just trust me on this,” McCain said as Behar interrupted, “How have I been wrong?”

“You thought Trump was going to lose in 2016 and I didn’t,” McCain shot back.

The two bickered until Behar finally declared Trump did “actually lose” the 2016 election, which irked McCain even further.

“Does that make you feel good at night? He’s still in the White House,” McCain said. “It’s a ridiculous thing to say every single day on this show, he is president. Move on!”

McCain, Behar clash over Bloomberg: It’s ‘none of your business’ who I vote for!

McCain and Behar got into it again in 2020 when the show’s token conservative was pressed on who she planned to vote for in the presidential election.

McCain responded: “You know what, you guys have done a piss-poor job of convincing me that I should vote for a Democrat.”

Meghan McCain: Media thinks only way to be a good Republican is becoming a Democrat

McCain blasted the mainstream media on Feb. 16, saying they believe “the only way to become a good Republican is to be a Democrat” during a segment reacting to former President Donald Trump’s acquittal in his second Senate impeachment trial.

McCain was responding to co-host Sunny Hostin, who slammed Republicans who voted to acquit Trump in the Senate.

“If that’s the truth [about Republicans], then the Democratic Party is the party of socialism and late-term abortions and cancel culture and no responsibility or ramifications for any of your actions,” McCain retorted.

“I can’t keep coming on TV every day saying that [Republicans] are all Nazis and Hitler salutes and whatever,” McCain said. “It’s just not intellectually honest.”

Meghan McCain: ‘Defund the police … was the stupidest thing I ever heard’

McCain slammed Democrats over their support for movements to “defund the police,” while saying it was also “the biggest gift that Republicans have ever been given.”

Responding to co-host Sara Haines‘ claim that Republicans use “defund the police” as a messaging strategy against Democrats, McCain argued Republicans didn’t actually come up with the term, it was the “stupidest” thing she had ever heard, and Democrats “kowtow” to people on Twitter and in the media.

“So the biggest gift that Republicans have ever been given is the term ‘defund the police.’ And let’s make it very clear: Republicans didn’t come up with that. I thought it was the stupidest thing I ever heard when I first heard it being used,” she said.

Meghan McCain scolds US athlete Gwen Berry over anti-American protest: ‘It’s not about you!’

McCain flamed U.S. athlete Gwen Berry over her controversial protest against the American flag and the national anthem during an awards ceremony at the U.S. Olympic trials.

McCain relayed a story her father, the late Sen. John McCain, told about his time as a POW during the Vietnam War. One of her dad’s cellmates, Mike Christian, sewed a makeshift American flag into his prison uniform so he and his fellow prisoners could say the Pledge of Allegiance every day.

“So excuse me if I don’t think some of these athletes are representing America in the same way,” she said. “I will die on this hill that it is not appropriate or patriotic to go to a foreign country where you’re supposed to be representing America, and act like it’s just about you. It’s not about you, it’s about all of us.”

‘The View’ goes off the rails as Whoopi Goldberg, Meghan McCain clash over Biden’s treatment of press

McCain and Goldberg clashed in June during a heated discussion over President Biden’s treatment of the press following his summit with Russian President Vladimir Putin.

Goldberg turned the focus to Trump, claiming she never saw him apologize to any reporters, unlike Biden.

“With all due respect, I don’t care,” McCain interrupted, to which Goldberg responded, “Let me just finish what I’m saying.”

“With all due respect, I don’t care if he’s apologizing. He just embarrassed himself. And he looks like Trump,” McCain said.

Co-host Joy Behar once declared during a heated exchange that she “did not miss” McCain during her maternity leave from the show.

“That’s so nasty, I was teasing,” McCain responded, as she grew visibly annoyed. “That’s so rude.”

Meghan McCain lashes out at Joy Behar on ‘The View’: ‘Part of your job is to listen to me’

McCain and Behar once got so heated that Goldberg had to jump in to keep the dialogue moving in a productive direction.

While discussing former President Trump‘s immigration policy and the resignation of Department of Homeland Security Secretary Kirstjen Nielsen in 2019, McCain interrupted Behar and got personal.

“Give a Nicaraguan a house? We’ve had a bunch of liberal guests who do not want to send in aid at all,” McCain said to Behar.

Behar replied, “I’ll listen to you, let me just finish.”

“Part of your job is to listen to me,” McCain scoffed with a flip of her hair. “Just saying.”

Behar was stunned by the remark.

“So here’s the deal. Here’s what’s not gonna happen today: We’re not going to do this,” Goldberg said. “Everybody gets a conversation piece, everybody gets to say their piece, and we don’t need to comment if we don’t like what we’re hearing. Just let folks talk.”

The moment was so uncomfortable that it was specifically lampooned on Saturday Night Live.

McCain compared the “Squad,” a far-left group of Democratic congresswomen, in May to controversial right-wing Rep. Marjorie Taylor Greene, R-Ga.

“I think that’s taking a lot more action against a crazy person than I would say the Democrats are doing on the left,” McCain added. “If she is the face of the Republicans, then the ‘Squad’ is the face of the Democrats. I would love Democrats to put that same type of energy on to what’s happening on the left, because, quite frankly, this is how people get red-pilled. They’re red-pilled when they see the blatant bias in the media, because the media doesn’t want the ‘Squad’ to look bad. They just want [Greene] to look bad.”

A somber McCain recently slammed the media’s past fawning treatment of New York Gov. Andrew Cuomo throughout the pandemic now that the state Attorney General concluded he sexually harassed multiple women. She specifically called out his “sexual” elevation within the media and amongst celebrities, pointing to comedian Chelsea Handler tweeting about having a crush on him.

She also ripped Cuomo’s handling of the pandemic in New York’s nursing homes, referring to his fateful decision to send elderly, COVID-positive patients into the homes, which may have led to thousands of additional deaths.

McCain wasn’t as fiery as usual, presumably because her colleagues largely agreed with her point, but the conservative pundit was visibly fuming at the Democratic governor’s actions.

‘The View’ hosts spar over Second Amendment: ‘Designed to protect slavery’ or ‘cornerstone’ of America?

Hostin and MCain clashed last month over the Second Amendment in a segment focused on gun violence.

During the discussion, Hostin suggested the Second Amendment had racist roots and was “designed to protect slavery.” McCain described the right as the “cornerstone” of what she believed “America should be.”

Hostin went on to claim that gun ownership was on the rise within the Black community because of a fear of White supremacy, the pandemic, and police violence. She insisted it was more about feeling unsafe than about a rise in crime in the streets.

“I’m a gun owner, I’m an NRA member, I’m proud to be both,” McCain added. “I think I never want to be lectured to by people who don’t own guns, who didn’t grow up in gun culture, who don’t understand why women like me want to be armed … It’s a very hard thing for people to understand that don’t believe in it … But going forward I will always vote for any person and any party that continues to defend the Second Amendment no matter what happens. It is the cornerstone of who I am and what I believe America should be.”

Meghan McCain announces she’s leaving ‘The View’: ‘This is going to be my last season’

McCain officially announced last month that she is walking away from her role as the token conservative on ABC News’ “The View.”

“I’m just going to rip the Band-Aid off, I am here to tell all of you, my wonderful co-hosts and the viewers at home that this is going to be my last season here at ‘The View,’” McCain said to open the show.

“I will be here through the end of July to finish up the season with all of you, which I am grateful for. This was not an easy decision, it took a lot of thought and counsel and prayer and talking to my family and close friends,” McCain added.

She blasted the media during her announcement as well, saying the show was covered with “deep misogyny.”