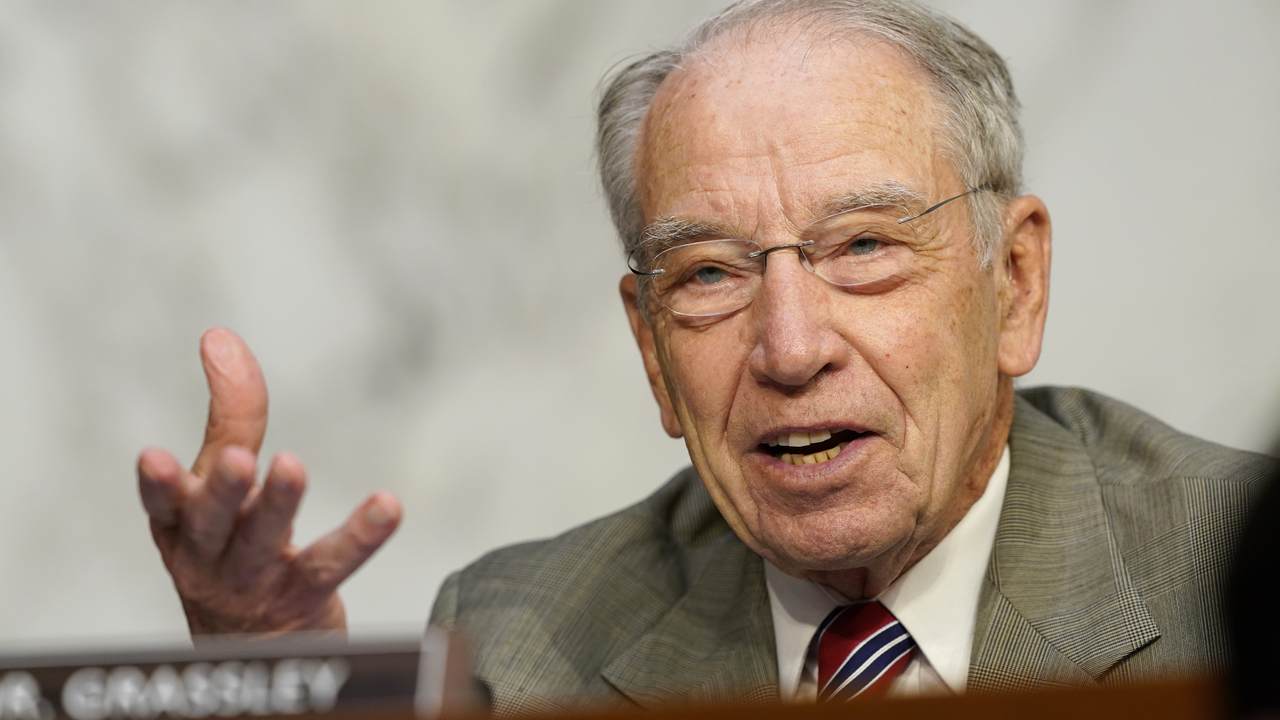 Citing “recent press reports” on the latest revelations about Chipman — which Matt and Katie have covered — Grassley called again for new hearings to get Chipman on the record and under oath to face questions about why he didn’t disclose appearing on a Chinese state TV network and answer to corroborated reports saying he used racist rhetoric while working in the ATF’s Detroit Field Office.

“My colleagues and I have sent Chairman Durbin two letters requesting that he [Chipman] be brought back to the Committee for further questioning,” said Grassley while the Judiciary Committee was considering other Biden nominees. “It seems every day there’s new information showing how unfit he is for this role,” Grassley added of the growing mountain of damaging reports against Chipman:

Yesterday we learned that Chipman failed to disclose a TV hit he did with a Chinese government station. Think Russia Today but Chinese Communist. The video is on the Internet for anyone to see. In it he simply nods along as Chinese propagandists paint the United States as a violent war zone. His positions in the video don’t seem all that different from what he says often, but it’s one thing to criticize the laws and culture of your country to a domestic political audience, it’s another thing entirely to do so in the service of a foreign antagonist.

The Chinese Communist Party isn’t interested in reforming America’s gun laws; it’s interested in weakening its primary global competitor by sowing political discord. This should be obvious and yet apparently it wasn’t for Chipman. He needs to address this—and perhaps he would have last time had he not left the appearance off his questionnaire.

Just last week we also saw corroboration of allegations that Mr. Chipman had made racially insensitive comments while in Detroit. The chairman shot the messenger, as it were, by dismissing the corroboration as having come from a pro-Second-Amendment website, but the fact is that there are numerous agents, current and former, on and off the record, who attest to these allegations—as well as other problems with Chipman’s time in Detroit.

Grassley pointed out that Republicans on the Judiciary Committee “didn’t call for further Committee action until these rumors were corroborated by independent reporting,” but “now that we have that corroboration, we should hear from Chipman about his time in Detroit and the chairman should help us get the secret documents we need from the Justice Department to see what really happened at the time period in question.”

“Sunshine is the best disinfectant, after all,” added Grassley, poking at Chairman Dick Durbin (D-IL) for resisting additional hearings with Chipman. “These corroborated allegations and his Chinese propaganda video go beyond Mr. Chipman’s policy views to his character, effectiveness, and judgment.”