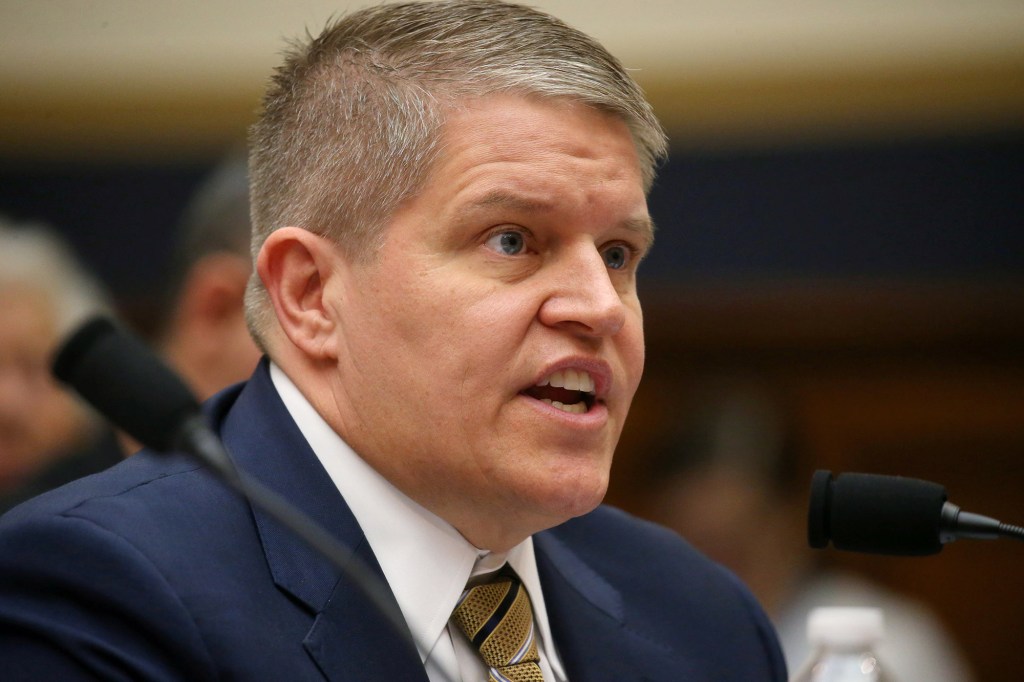 President Joe Biden’s choice to lead the Bureau of Alcohol, Tobacco, Firearms and Explosives (ATF) has come under additional pressure this week due to alleged racism and failure to disclose some public remarks to the Senate committee weighing his nomination.

Late last month, the gun policy news site The Reload reported on racist comments David Chipman allegedly made while a supervisor at the ATF office in Detroit. A current ATF official told the website that Chipman “made some comments that he was surprised by the number of African Americans who have made it onto a specific promotional list.”

“His insinuation was that they had to have cheated,” the official added to The Reload. “Which is kind of despicable.” The official went on to say that “Chipman did not leave Detroit on the best of terms. His reputation was that he was not nice to people.”

Fox News reported in June that Chipman had confirmed in written responses to senators’ questions that two Equal Employment Opportunity Commission (EEOC) complaints had been filed against him, but added, “both complaints were resolved without any finding of discrimination, and no disciplinary action was taken against me.”

On Wednesday, a black former ATF agent claimed that Chipman argued the agent must have cheated on a promotion exam because he had performed so well.

“He said, ‘Hey, a lot of African Americans qualified to be promoted on this certification list; they must have been cheating,’” the unidentified former agent told The Reload. “And then he had to go and find one. I happened to be that one.”

The former agent added that he was cleared after an investigation by the Justice Department inspector general’s office. However, he claimed that the experience dissuaded him from seeking to move up at the ATF.

“I was pissed,” the agent said. “I’d have probably punched the guy in the nose if I had interacted with him right after I found out.”

Meanwhile, CNN reported Thursday that Chipman had failed to disclose certain statements he had made about the agency to senators prior to his May confirmation hearing.

In one previously undisclosed talk Chipman gave to a law firm in 2019, he described ATF and other law enforcement agents as “a very conservative bunch, primarily of white men.”

“If your business model depends entirely on people feeling unsafe and scared and need to buy a gun, why would you want to do anything that makes things safer?” Chipman reportedly asked.

The nominee also failed to disclose two appearances he made on the Beijing-run China Global Television Network in 2012 and 2013 in which he discussed mass shootings and gun control.

Chipman — a former ATF special agent and senior policy adviser for the gun control organization Giffords — was already under fire from Republicans after a rocky Senate Judiciary Committee confirmation hearing during which he struggled with the question of what kind of firearms would fall under a so-called “assault weapons ban.”

At one point, Chipman claimed that the ATF defined an “assault weapon” as “any semi-automatic rifle capable of accepting a detachable magazine above the caliber of .22, which would include a .223, which is … largely the AR-15 round.” A thunderstruck Sen. Tom Cotton (R-Ark.) pointed out in response that definition “would basically cover every single modern sporting rifle in America today.”

Chipman also told lawmakers that he supports banning the AR-15, a weapon often described as “America’s Favorite Rifle,” but later clarified that if he were confirmed as director, “I would simply enforce the laws in the books and right now, there is no such ban on those guns.”

The White House has stood by Chipman’s nomination, with rapid response director Michael Gwin telling CNN Thursday: “David Chipman has spent decades years in distinguished service to our country as an ATF agent and has the exact set of skills and experience we need to revitalize the Bureau’s work to crack down on gun trafficking and keep guns out of the hands of criminals, that’s why his nomination has the support of leading law enforcement organizations.”