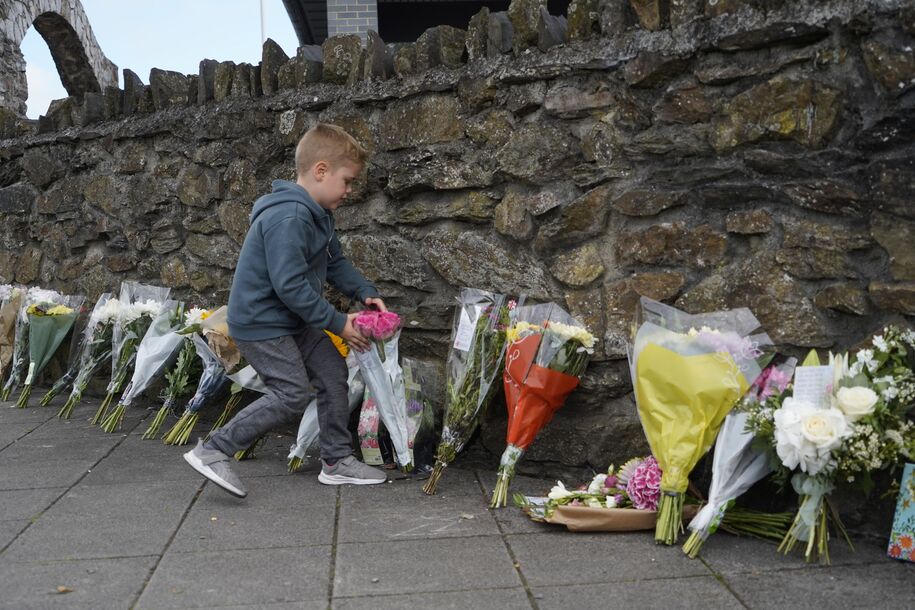 Davison’s rampage, the worst mass shooting in Britain since 2010, apparently began at the home of his mother, with whom he reportedly argued frequently over politics. After killing her with his handgun, he continued out onto the street outside and shooting people he came upon randomly. The first victims were a three-year-old girl and her father, who he gunned down on the spot.

Plymouth police promptly told reporters that the incident “was not terror-related.” UK Defence Secretary Ben Wallace similarly declared: “We’ve ruled out terrorism as being behind this.”

Wallace told Sky News the shootings were a “tragedy,” and that police would have a “significant meeting” to discuss the event.

“We can rule out terrorism from that event,” Wallace said, “and I think it does underline the importance of issues such as gun control but also what’s happening in people’s homes up and down the country.”

However, as Jamie Ross at The Daily Beast reported, Davison in fact was a highly political person, including his “incel” worldview. He was a rabid supporter of Donald Trump, posted about “devil worshippers” in government, and claimed to be an American citizen from Arizona.

Before the shooting, Davison expressed his admiration for Donald Trump on Facebook and posted multiple self-pitying YouTube videos in which he identified himself as part of the incel community. On his Facebook page, Davison claimed to be from Arizona, but his distinctive accent is typical of people from the south-west of England.

In one post from 2018, Davison shared a Trump quote and, when his friends ridiculed him in the comments, the suspect hit back: “You may not agree with his political views (I do) but he is different from the scum like Hillary or the people running our country like the neo-con sellout that is [then-British Prime Minister] Theresa May.”

Elsewhere in the comments, Davison wrote about conspiracy theories that sound similar to those pushed by QAnon believers. He wrote: “Scepticism of government is key and everyone should be ready and prepared for anything bad that could happen. I am aware much of the government is deeply flawed there are many paedophiles and even reported devil worshipers people that sell us out to foreign countries.”

On Facebook, Davison’s likes indicated an obsession with American right-wing politics. His follows including the Facebook pages of Trump and all his children, “as well as pages for the NRA, Fox News, Breitbart, Ted Cruz, Ben Carson, and one called ‘Ted Nugent for President.’ In one comment, he said it was his dream to move to the States.”

His YouTube videos provided the clearest clues to the violence he was planning. He referred to people like himself as “blackpillers,” a nihilistic subcategory of incels who believe they are unattractive men doomed never to enjoy romantic success because of their looks. In a comment on one of his own videos, he wrote that he’d been “consuming the blackpill overdose.”

The incel movement has a striking track record of inspiring lethal misogynist violence, including Alek Minassian’s terrifying rampage with a van at a walking mall in Toronto in 2018, which killed 10 people. He was convicted and sentenced to life in prison.

Officials both in the U.S. and the U.K. have a track record of refusing to acknowledge this kind of violence in fact perfectly fits the definition of terrorism—which has three main components: it’s preplanned lethal violence; it’s intended to terrorize the public or a target community; and it’s intended to force political or social change. As UK-based researcher Mike Stuchberry noted on Twitter:

Violence inspired by the incel subculture absolutely is terrorism. It’s a rapidly growing, coherent system of beliefs, disseminated by the same sort of propaganda channels that terrorist groups use.

Terrorism, in the view of incels, is a kind of revenge, as Hatewatch notes: “I laugh at the death of normies. They will die while we survive,” one of them posted after Minassian’s attack.

“Us incels spend most of our time inside, there’s no way we would ever be victims of an attack,” he continued. “But normies must now live with fear for the rest of their lives, they can’t go to school, the mall, or on a date without having to fear another incel attack. And they should fear it, this is what happens when you leave us without any love or companionship.”

Most of the incel culture originated in the United States, but it has rapidly spread around the world, thanks to the internet. That, in turn, has turned the U.S. into a net “exporter” of terrorism, as John Godfrey, acting coordinator for counterterrorism at the Department of State, told House Homeland Security Committee members this spring. Godfrey warned Congress that American allies abroad have become increasingly concerned by this trend.

American law enforcement has long tended to minimize and downplay far-right domestic terrorism—focusing instead on Islamist radicals and left-wing extremists, which pose lesser domestic threats than the radical violent right. In some cases, such as the October 2017 massacre in Las Vegas, are rendered functionally invisible law-enforcement investigators.

The rising tide of “pilled” young men radicalized online, almost entirely through the ceaseless deluge of conspiracy theories that are constantly generated at multiple internet platforms, has proven to be a particular challenge to law enforcement and the courts, in no small part because of their own predilection for seeing right-wing radicals as sympathetic. The ideologues who produce this kind of extreme violence also become the inspiration for further such acts by other radicals in their cohort, making them occur one after another in an endless sequence of terrorist acts.

Incels may seem to present a limited range of potential terrorism, but they are a key part of a larger tide of right-wing authoritarianism that seeks ultimately to enforce its vision of control on society. As Hatewatch editors observed in 2018, it’s really not about these men’s inability to obtain sex, but their inability to assert control over others: