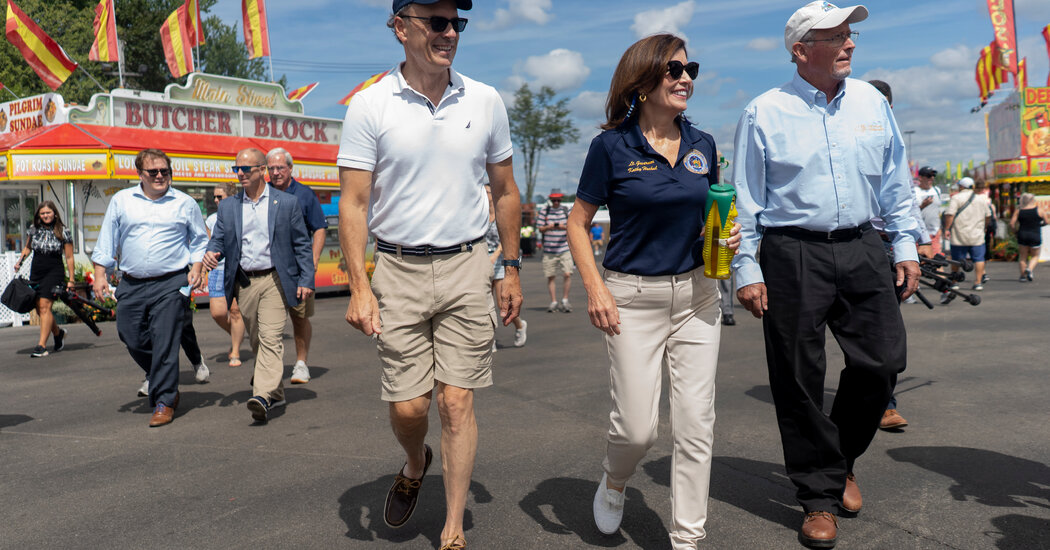 “She didn’t have a quick partisan view,” he said.

But Ms. Hochul’s ability to connect with Republicans — indeed, she took a number of more conservative votes in Congress — highlights why many on the left have long been skeptical of her.

Though she received the backing of the N.R.A. during her time in Congress, as a candidate for lieutenant governor, Ms. Hochul was critical of the organization, blasting its response to the Sandy Hook massacre. She supported Mr. Cuomo’s major gun control initiative, and as both the party and the Cuomo administration moved left, she did too. Allies today liken her politics to that of President Biden, who has embraced big-ticket progressive priorities but has many centrist instincts.

Meredith Kelly, a Hochul adviser, said that the incoming governor had a long track record on issues designed to help working people and families. Ms. Hochul has indicated she intends to lay out a more detailed agenda in the coming few weeks, and is already focusing on the pandemic and its educational and economic fallout. On Sunday, she said that she would prioritize releasing pandemic-related relief funds to renters, landlords and undocumented immigrants.

“Voters from every part of New York have already put their faith in Kathy Hochul by electing her — twice — and it’s clear that she shares New Yorkers’ values on a vast range of issues,” Ms. Kelly said, citing Ms. Hochul’s support for paid family leave and backing of “one of the strictest gun violence prevention laws in the country.”

Sochie Nnaemeka, the director of the New York Working Families Party, said that many progressives are thrilled at the prospect of the state’s first female governor. But she noted that Ms. Hochul “has not lived out her life in government as a progressive champion.”

“We would encourage or support her in finishing out Cuomo’s term with her eyes fully focused on those most impacted by the crisis we’re still living,” she said.

In 2014, Mr. Cuomo was looking for geographic diversity, and he named Ms. Hochul — who, after Congress, served briefly as vice president of government relations at M&T Bank Corporation — as his running mate.