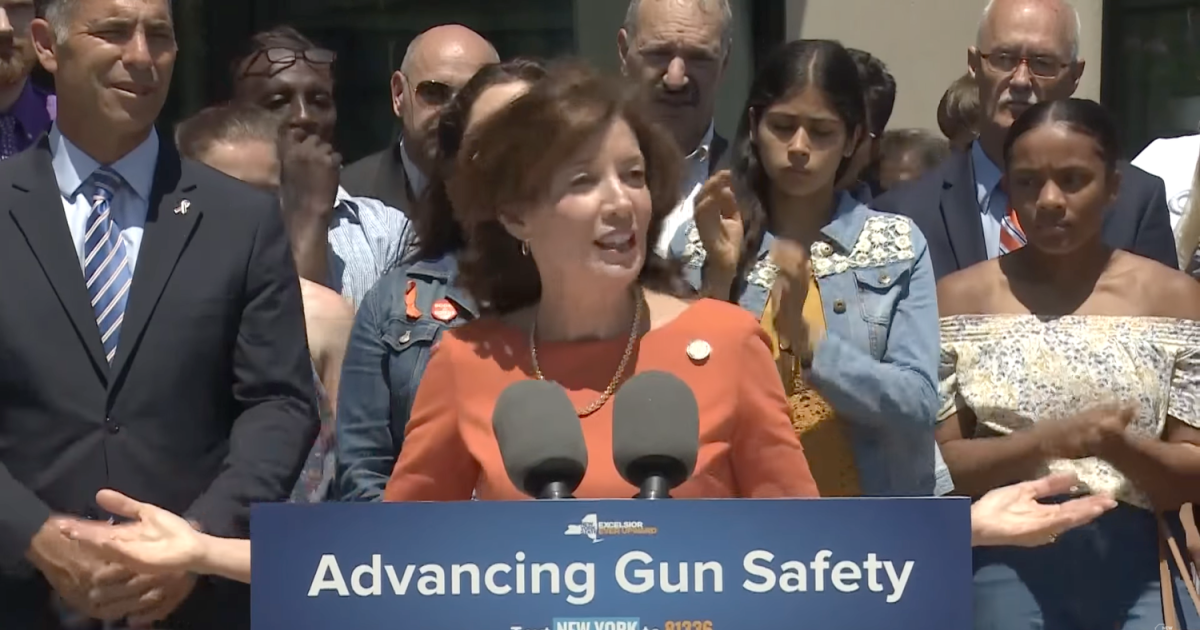 One of the first choices Hochul will face as governor is whether or not to continue her predecessor’s state of emergency on gun violence.

“We went from an epidemic of COVID to an epidemic of gun violence,” Cuomo said on July 6 at a press event at John Jay College. “51 were shot, 13 died from COVID over the July 4 weekend.”

The remarks came several weeks before the recent resurgence of COVID-19, and the investigation that fatally wounded Cuomo’s political career.

The since-disgraced governor confidently declared his intention to address gun crime, in part by declaring a state of emergency, thereby giving the state additional flexibility to deploy resources.

But the political and pandemic winds shifted dramatically over the ensuing weeks. Now it will be up to incoming Gov. Kathy Hochul to decide whether or not to continue the state’s emergency footing on gun violence, which is currently set to expire on Sept. 4.

Hochul’s transition office did not respond to a request for comment on the matter. However, previous statements on the issue of guns over her more than 10 years in public life offer hints as to how she will proceed.

In the past, Hochul has been a supporter of gun rights, even earning a favorable rating from the National Rifle Association while representing Western New York in Congress in 2012.

But after a break following a losing bid for re-election, Hochul returned to the political scene to run for lieutenant governor with a far more liberal agenda, highlighted in a 2014 campaign ad.

In that video, she described her record in Congress as one of supporting “core Democratic values,” like abortion rights, marriage equality, and funding for Medicaid, despite representing “the most Republican district” in New York state.

Her subsequent, publicly leftward shift reflects the political necessity of running for statewide office, where the median voter is far to the left of that in Hochul’s former congressional district. That shift included a vastly different stance on guns.

During her 2014 campaign for lieutenant governor, Hochul called the failure of Congress to pass background check legislation a “disgrace” following the massacre at Sandy Hook Elementary in Connecticut that left 20 children dead.

She also doubled down on support for the Cuomo Administration’s signature gun control law, the SAFE Act, passed in the wake of that shooting that killed 26 people.

Speaking at a pro-gun control rally near New Paltz in 2018, Hochul celebrated the law’s passage and came out in strong support of other gun control measures, including so-called Red Flag Laws.

“We’re talking about banning assault weapons, we did it here in New York,” Hochul said. “Background checks; what’s wrong with making sure people who shouldn’t have guns don’t have them?”

Hochul also broke publicly with the NRA. In 2018, she tweeted support for the effort by Governor Cuomo to sanction the gun-rights group, which was at the time incorporated in New York.

The wholesale reversal is stark, especially considering Hochul’s previous endorsement from the gun lobby. But she has also walked back earlier positions on other issues, including opposition to providing New York State identification cards to undocumented immigrants.

Hochul addressed that change of heart earlier this month in Albany, during her first public remarks after Cuomo’s resignation announcement.

“I had taken a position that has now evolved. And that evolution coincides with the evolution of many people, many people in the state of New York,” Hochul said in response to a reporter question.

That evolution will likely continue.

Kathy Hochul, soon to be New York’s first female chief executive, has already declared that she intends to run for a full term as governor in 2022.