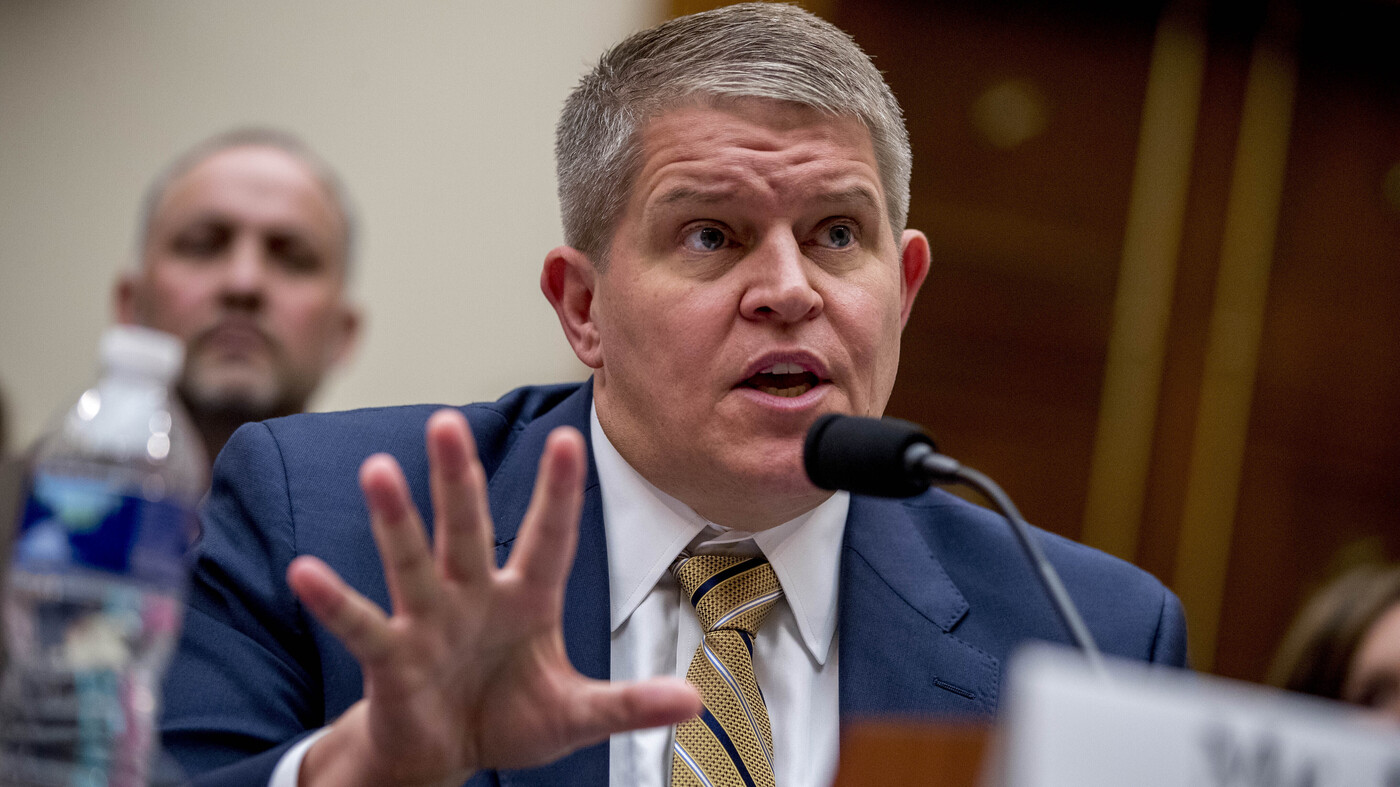 President Biden named David Chipman, seen here in 2019, as his nominee to lead ATF back in early April.

President Biden named David Chipman, seen here in 2019, as his nominee to lead ATF back in early April.

The key agency that enforces federal gun laws seems poised to continue its six-year stretch without a formal director, as the chances of President Biden’s nominee gaining Senate confirmation appear to be dwindling in the face of firm Republican opposition and a few holdouts in the chamber’s Democratic caucus.

Biden’s nominee to head the Bureau of Alcohol, Tobacco, Firearms and Explosives, David Chipman, remains languishing more than four months after he was tapped.

Chipman is a 25-year veteran of the agency-turned-policy expert and advocate at the gun safety organization Giffords.

During his quarter-century at ATF — which regulates and enforces laws regarding firearms — Chipman worked as a special agent in the field and later in a supervisory role. He also responded to two high-profile terror incidents in the 1990s.

His advocacy work in the years since has earned him strong accolades from the gun safety community.

And while Biden had hoped that Chipman’s credentials at the ATF would help bring the agency out of its years-long director-less slump, the powerful gun lobby and GOP opponents — along with some Democrats — have stalled his nomination, highlighting the deeply political debate that’s surrounded the agency over the past 15 years.

“It is nearly impossible to get confirmed leadership,” said Christian Heyne, vice president of policy at the Brady Campaign to Prevent Gun Violence.

“We have allowed the very industry that is supposed to be overseen to dictate who they want overseeing them,” Heyne added. “That in and of itself is a huge problem.”

Since Chipman was nominated in April, Republicans and the gun industry have been outspoken on his perceived inability to helm the law enforcement agency.

“David Chipman is a former anti-gun lobbyist who is unfit to lead the ATF,” Florida Sen. Marco Rubio said in a statement last month. “Violent crime is soaring in cities across the country. Rather than confront the real cause of the problem, Chipman seems more interested in punishing law-abiding gun owners and sharing crackpot internet conspiracies.”

Over the past several months, the lobbying arm of the National Rifle Association has published or republished nearly two dozen articles critical of Chipman, including a number of entreaties calling out senators by name, urging that they vote against his confirmation.

“Make no mistake, David Chipman is a gun control extremist and cannot be trusted,” one such posting read.

The criticism focuses on Chipman’s work since leaving the agency, during which time he has worked as a policy adviser at the gun safety organization named for former Rep. Gabby Giffords, who survived, but with grievous injury, a 2011 assassination attempt.

Since then, she has become a sharp critic of lax gun laws. The former Arizona congresswoman endorsed Chipman’s nomination, praising him as a responsible gun owner, venerated law enforcement officer and the “perfect choice” to head the ATF.

Maine’s King is a vote to watch

But that is exactly the type of endorsement upon which Chipman’s critics have seized. And there is some evidence that their opposition campaign may be working.

“Having been a former legislator myself, I understand exactly what a law enforcement agency nominee is supposed to be and do,” said David Trahan, the executive director of the lobbying wing of the Sportsman’s Alliance of Maine.

Trahan, whose organization advocates for gun rights, said that Chipman’s time at Giffords had sullied his image as an unbiased nominee. Trahan said he had been in touch with his U.S. senators to express his concerns about Chipman’s nomination.

“I compare this to a Republican president nominating [NRA CEO] Wayne LaPierre to run this office,” he said. “The ATF director should have support from more than one party to be effective. And in this case, I believe the president made the wrong choice.”

Sen. Angus King, I-Maine, has been reportedly opposed to Chipman’s confirmation at the ATF.

Sen. Angus King, I-Maine, has been reportedly opposed to Chipman’s confirmation at the ATF.

Chipman could be confirmed without Republican votes. But not all Democrats have lined up behind him.

Maine Sen. Angus King, a political independent who caucuses with Democrats, is one who’s on the fence.

King’s office didn’t return requests for comment. But Politico reported earlier this month that he has told his Senate colleagues and the White House that he would likely vote against Chipman’s confirmation.

Gun safety activists are hoping to change that. This month, King met with activist Fred Guttenberg, whose daughter, Jaime, was killed in the 2018 Stoneman Douglas High School shooting in Parkland, Fla. Advocates hope personal pleas like this will soften King and push him closer to supporting Chipman.

But King’s not alone. A couple other party moderates have kept mum on whether they would support Chipman for the role at ATF.

In particular, Sen. Joe Manchin, a polarizing figure on the left from gun-friendly West Virginia, is a critical swing vote. He has bucked the party line before, going against Democrats on key issues such as voting rights and the filibuster.

Chipman’s confirmation is a key part of Biden’s broader agenda on stamping out gun violence.

So far, the president has signed a number of executive actions aimed at strengthening gun laws, but the powers of such orders only go so far. And Biden wants someone at the law enforcement agency to focus their full attention on ending what he calls the “international embarrassment” of America’s gun violence epidemic.

One Senate-confirmed leader in 15 years

Heyne, the Brady vice president, pointed to the requirement that an ATF director even seek confirmation in the Senate as evidence of the system’s rot. It wasn’t until the 2006 reauthorization of the Patriot Act — the controversial counterterrorism legislation initially implemented after the Sept. 11 terror attacks — that a potential ATF director would have to make their case to the Senate. Prior to that year, the role was a presidential appointment.

Since then, the agency has famously gone for years without confirmed leadership.

The last — and only — successful confirmation to the posting was B. Todd Jones in 2013, in the Obama administration. That year broke a seven-year streak that the agency went without a confirmed leader.

Even Republican nominees have been felled by the Senate. Former President Donald Trump, who often bragged about his own gun ownership and vowed to loosen gun restrictions, saw his nominee, Chuck Canterbury, stonewalled by Republicans who said that the former head of the Fraternal Order of Police was too soft on gun rights.

In the end, Trump withdrew the nomination and the agency continued with an acting director instead. ​

“All we’re asking for is a qualified leader to be permanently confirmed to the only agency that has regulatory authority over the gun industry,” Heyne said. “You’d think it would be so simple, but instead, the gun lobby has been able to change that narrative in a way that is so disheartening.”

Currently, as has been the case for much of the past 15 years, the agency is being overseen by an acting director, Marvin Richardson.

While that title essentially grants Richardson the powers of a permanent director, without having a confirmed head, the impermanence of the role can sharply curtail the individual’s ability to enforce meaningful and long-term change.

The title of acting director also lacks a degree of political legitimacy and can give the impression of a rudderless agency, prone to unpredictability.