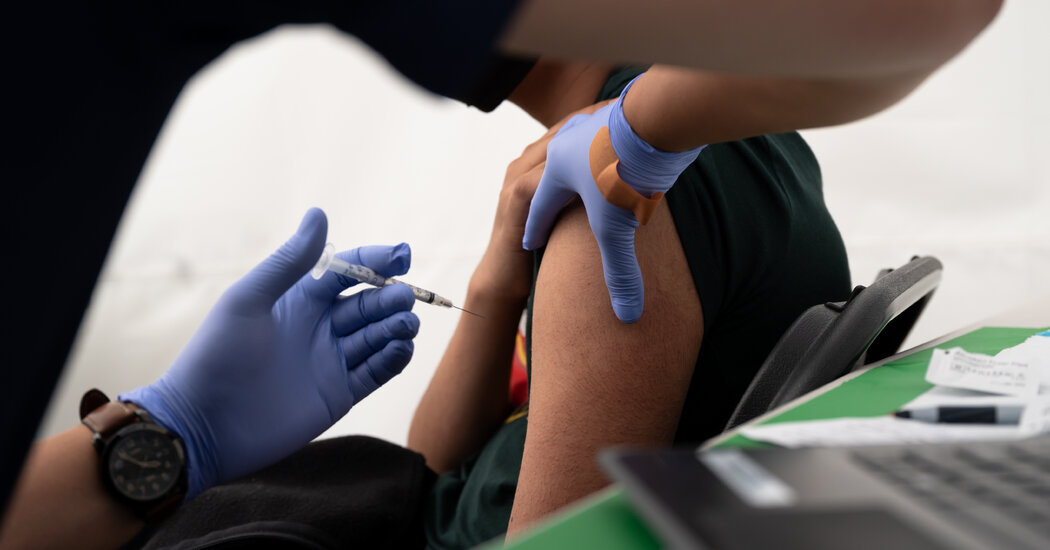 At Delta, the surcharge is one of several new requirements for unvaccinated workers. Starting immediately, those employees will have to wear masks indoors. In about two weeks, they will be subjected to weekly coronavirus tests. Then, on Sept. 30, unvaccinated employees will lose protections intended to cover pay for work missed while having to quarantine.

The airline, which is based in Atlanta, its biggest hub, has a lot of employees in a state with a relatively low vaccination rate. Just over half of Georgia’s adult population is fully vaccinated, according to data from the Centers for Disease Control and Prevention.

Delta’s decision not to require the vaccine may also help it to avoid criticism from Georgia’s conservative lawmakers, who have punished it in the past. In 2018, the state legislature voted to repeal a tax break on jet fuel after Delta ended a discount for members of the National Rifle Association, but the governor later ordered state officials to stop collecting the tax, effectively restoring the break. Lawmakers threatened to start collecting it again this year after Delta opposed new voting restrictions in the state.

“It’s not an idle threat,” said Charles Bullock III, a professor of political science at the University of Georgia. “Doing this is probably more in keeping with where the Republican leadership would be,” he said of Delta’s approach on vaccination.

American Airlines and Southwest Airlines, both based in Texas, have also not required vaccines. But United Airlines, which is based in Chicago, said this month that it would require vaccines, starting on Sept. 27.

United’s chief executive, Scott Kirby, has lamented the dozens of letters he has had to write to families of employees who died from the virus. “We’re determined to do everything we can to try to keep another United family from receiving that letter,” he and Brett Hart, United’s president, told employees this month.

One industry that has achieved high employee vaccination rates is Nevada’s casinos. State regulators allowed casinos to operate at full capacity once at least 80 percent of employees had received at least one shot of a coronavirus vaccination, a threshold some big properties achieved. Last week, MGM Resorts went further and said Covid vaccination would be a condition of employment for all salaried employees and new hires.