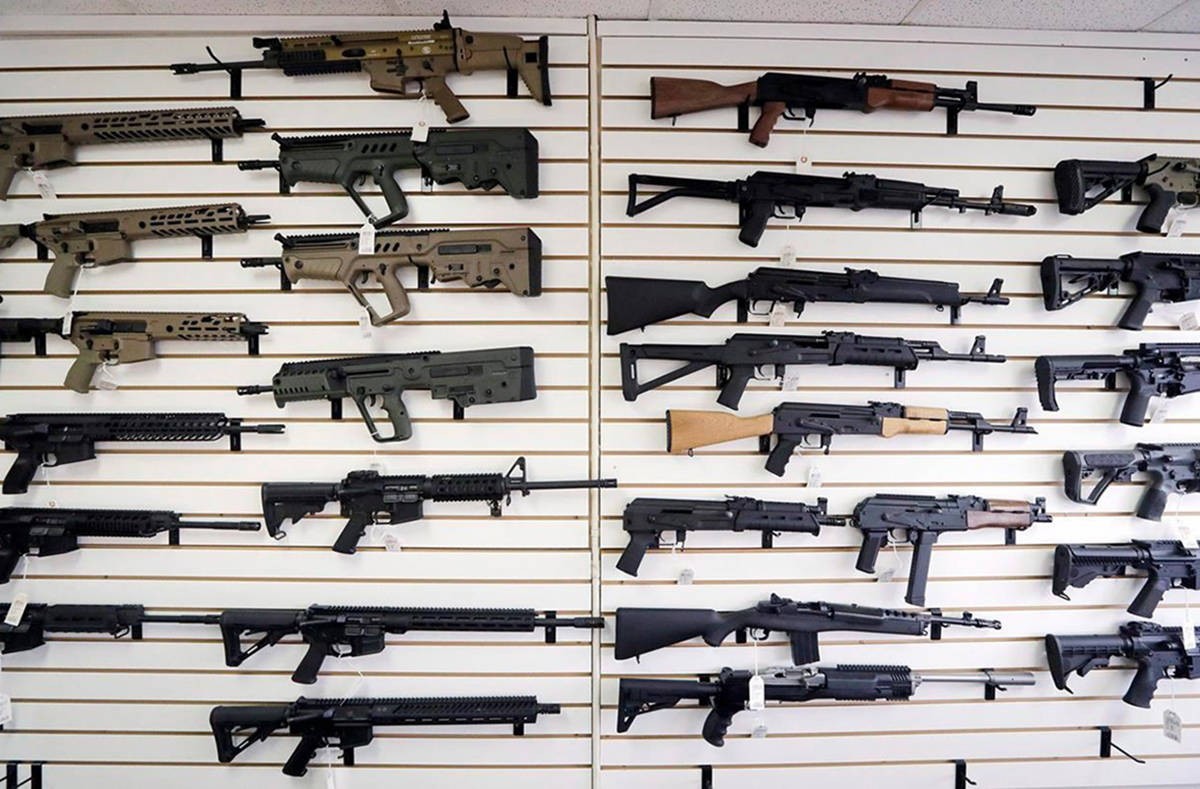 Gun control will again be an issue in the next federal election. On May 1, 2020, the Canadian government used its authority under Canadian law to declare nine models of “assault-style” rifles to be prohibited weapons. Prime Minister Justin Trudeau claimed that such guns were “designed for one purpose and one purpose only: to kill the largest number of people in the shortest amount of time.” The newly prohibited rifles included the AR-15 rifle, used in numerous American mass shootings, and the Ruger Mini-14, the weapon employed in the 1989 massacre of fourteen female students at the École Polytechnique in Montreal.

Apoplectic gun owners quickly launched legal challenges against this reclassification of their firearms. Some owners of assault-style firearms decried the prohibitions because it interferes with their ability to participate in “3-Gun” sport shooting competitions. Should Canadians worry about the continued viability of this activity?

Escalation: From sport shooting to 3-Gun

Target shooting has deep sporting roots in Canada. Riflemen founded the Dominion of Canada Rifle Association in 1868, and target shooting became part of the modern Olympics in 1896. Competitors in Olympic rifle shooting use expensive high-tech weapons and must remain dead still in their efforts to strike targets. It is the sporting equivalent of sniper training.

In comparison, 3-Gun competitions resemble urban combat training. Participants move as quickly as possible through a course of obstacles, firing at a variety of targets using a combination of handguns, semiautomatic assault-style rifles, and shotguns. Competitors carry multiple magazines so they can reload and fire as rapidly as possible. At the sound of a horn, “you’ll scramble through a timed course that looks like a construction site from the Walking Dead, blasting targets along the way,” explains Forest and Stream magazine. “If that weren’t reason enough to do it, with time you’ll learn to shoot your shotgun, rifle, and handgun faster than you thought possible, and the tension of competition will make you a better shot under pressure, when it counts.”

Proponents of 3-Gun say its benefits include physical exercise, entertainment, and camaraderie. The history of 3-Gun, however, has darker overtones. Civilian 3-Gun competitions began in 1980 at Soldier of Fortune magazine’s first annual convention in Columbus, Missouri, an event defined by radical right-wing views, marked by racism, and brimming with anger over the lost war in Vietnam.

Soldier of Fortune was founded in 1975 by Robert K. Brown, a retired Green Beret who served in Vietnam. In the late 1970s, Soldier of Fortune frequently published articles that expressed support for the white minority government in Rhodesia, issued withering attacks on President Jimmy Carter, celebrated the United States constitution’s Second Amendment, and critiqued the US decision to withdraw from Vietnam.

Most competitors at the first Soldier of Fortune 3-Gun event had police or military backgrounds. The magazine emphasized the event’s military character and noted that each participant used a “combat pistol, fighting shotgun and battle rifle.” Popular rifles included the Heckler & Koch 91, the weapon used to murder four RCMP officers in Mayerthorpe, Alberta, in 2005, and the M1A semiautomatic rifle, similar to the firearm used to kill three RCMP in Moncton in 2014. Soldier of Fortune suggested that such shooting events “should be normal for US military and police organizations” as they are a “proving ground for practical weaponcraft.” Competitors fire rifles at relatively short ranges because “study of normal combat shows that battlefield riflemen rarely engage an enemy at ranges of more [than] 300 meters, and most effective fire comes at much closer ranges.” Targets for the shotgun competition were designed to “closely approximate chest-area size.”

The Soldier of Fortune convention in Columbus attracted about 750 people. Almost all were men. Many were Vietnam vets; others were “preppers” readying themselves for the collapse of the government. The magazine described the mission of those who attended as follows: “to meet others who had served their country, are proud of it and believe in a strong and professional military.”

Many in Columbus—well known as a progressive college town—expressed reservations about the convention. The keynote speaker, Robin Moore, author of The Green Berets, went on a racist rant, claiming that African-American soldiers performed poorly in Vietnam. A Black veteran who had lost his legs reportedly left the room on his hands (to its credit, Soldier of Fortune rejected Moore’s overt racism).

Soldier of Fortune held 3-Gun competitions at subsequent conventions, and shooting organizations throughout the United States began to host similar events. The sport found fertile ground. The 1970s and 1980s saw an increase in “practical shooting” competitions. Advocates of practical shooting had initially called their sport “combat” shooting but adopted the “practical” brand because it sounded less threatening. Practical shooting participants use firearms available to average gun owners rather than the specialized rifles of Olympic shooters, and fire them in competitions based on “real-world” scenarios in which speed is as valued as highly as accuracy.

The firearms industry loves practical shooting, but especially 3-Gun, which encourages participants to buy multiple firearms as well as various ammunition and other paraphernalia that people use to trick out their weapons and kit. In the 1980s, gun manufacturers aggressively marketed semiautomatic rifles based on military firearm designs to civilians. In addition, American gun activists became more radicalized in the 1970s, as the National Rifle Association went from a group representing hunters to an organization dominated by its political lobbying. They encouraged the use of guns that were once seen as inappropriate for civilian use.

In 1999, Philip Alpers, of Australia’s GunPolicy.org, and Josh Sugarmann, of the Violence Policy Centre, warned that 3-Gun and other practical shooting events were means for changing public attitudes about the ownership of semiautomatic weapons. “To pro-gun advocates,” Alpers and Sugarmann wrote, “framing combat shooting as a wholesome sport is an effective method of normalizing assault weapons and powerful handguns, both in the law and in public opinion. Doing so supports the gun lobby’s constant campaign to sell more guns to civilians.” Those comments apply to Canada today.

Some Canadian gun clubs experimented with 3-Gun events in the 1980s, but the activity did not substantially grow in popularity until around 2000. In 2012, the Edmonton Journal reported that about three hundred Albertans regularly competed in 3-Gun. Alberta remains the centre of 3-Gun in Canada. The Canadian Historical Arms Society, based in Edmonton, claims to operate the “the most active monthly 3 gun league in Canada.”

3-Gun is not, of course, the first shooting event with martial origins. In the 1860s, men practised long-range rifle fire in the belief that a well-trained cadre of “citizen-soldiers” could defeat a larger enemy force. Like 3-Gun events today, rifle shooting competitions were celebrated as opportunities to get fresh air, test one’s nerve, and experience comradeship. Citizens took part in exhibitions of rifle shooting that allowed men to develop martial skills without having to experience the devastating effects of rifle fire on human bodies (that painful lesson would be learned by many citizens in the First World War).

3-Gun teaches skills valued in modern urban combat. It hones the ability of men and women to move quickly around obstacles and fire at targets at relatively short distances. These skills are useful for tactical police officers responding to active school shooters. Unfortunately, the victims of mass shooters are the ones who most fully appreciate the dangers of modern firearms wielded by skilled gunmen.

R. Blake Brown is the author of Arming and Disarming: A History of Gun Control in Canada (University of Toronto Press, 2012). His work on gun control has appeared in several newspapers and magazines, including the Toronto Star, the Globe and Mail, the Ottawa Citizen, The Province, the Vancouver Sun, and Policy Options.

We Need Your Help

More than 75% of our operating budget comes to us in the form of donations from our readers. These donations help to pay our bills, and honorariums for some of our writers, photographers and graphic artists. Our supporters are part of everything we do.