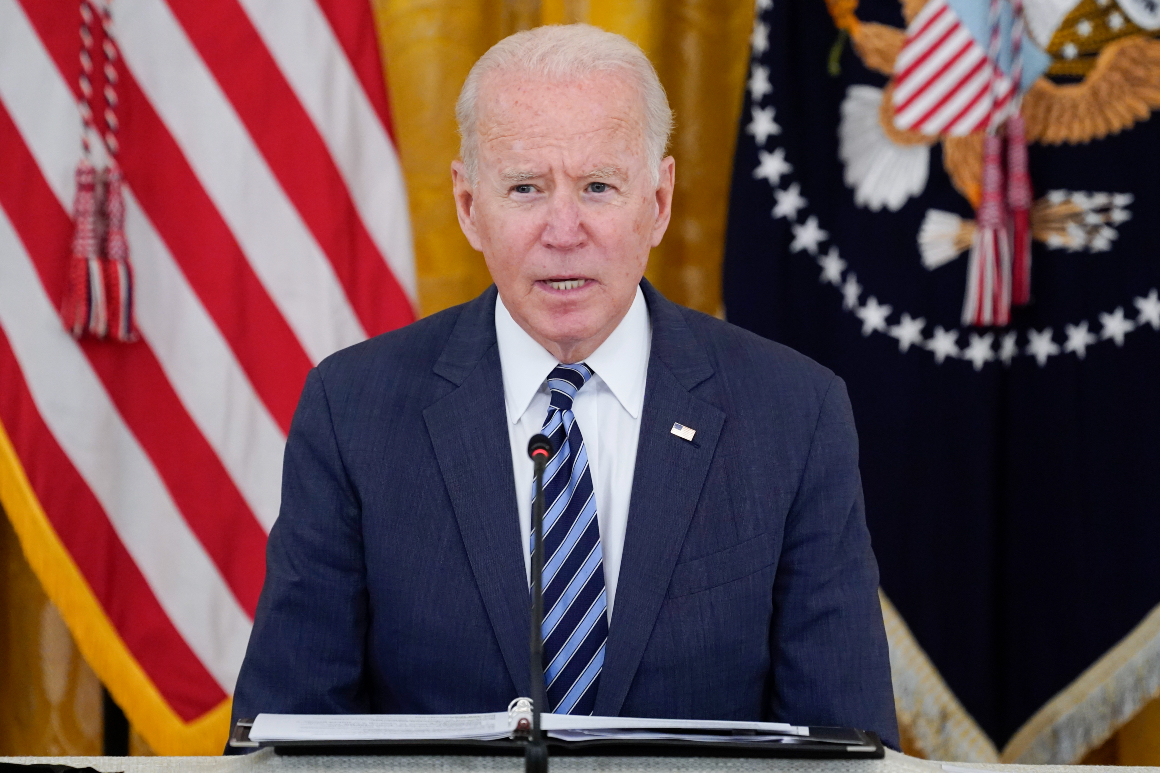 Against the backdrop of David Chipman’s nomination to lead ATF languishing in the Senate, the groups asked Biden to establish a White House office to be led by an aide who does not need Senate confirmation, similar to Biden’s White House Office of Domestic Climate Policy. They also called on Biden to use his political capital to urge lawmakers to pass gun laws and the bully pulpit to sell Americans on reforms.

The groups — Guns Down America; March for Our Lives, which formed after the Parkland, Fla., high school shooting in 2018; Newtown Action Alliance, created in the wake of the 2012 school shooting in Connecticut; and Survivors Empowered, established after the Aurora, Co. theater shooting in 2012 — are seeking a meeting with White House officials and vowed to continue to push Biden to live up to his campaign promises.

“The president promised bold action over and over again … but he’s not really using all of his powers to tackle the issue of gun violence,” said Zeenat Yahya, deputy policy director of March For Our Lives. “When he wants to get things done, he does it. We’ve seen the infrastructure proposals, the Covid relief plan … So I think it’s really up to him to get moving on these things.”

Biden promised to address a variety of policy issues early on in his presidency, including gun violence, an immigration overhaul and police reform. But after seven months in office, he has fallen short in those areas as he fights the Covid pandemic, sells Congress on his major spending proposals and more recently, deals with the crisis in Afghanistan. Some activists say they are worried they won’t be able to spur voter turnout in the midterm elections next year because of a lack of policy accomplishments on some of their key issues.

“We went to bat for him during the 2020 elections because he put forth the strongest gun violence prevention platform in modern history … We need the president to take action,” said Po Murray, who chairs the Newtown Action Alliance. “We want to be able to drive voter turnout on this and it’s going to be really challenging if we don’t have any wins.”

White House officials have held regular meetings with prominent groups pushing for gun restrictions, community-based groups and survivors of gun violence, including all four groups that sent the letter. Other prominent organizations, including Everytown for Gun Safety, and Giffords, where Chipman works, have repeatedly praised Biden’s actions.

“President Biden has spent his career fighting for common sense gun violence prevention measures and has delivered — including by beating the NRA to create federal background checks and pass a 10-year ban on assault weapons and high-capacity magazines,” White House spokesperson Mike Gwin said. “The president’s brought that commitment to the White House, where he’s moved decisively to deliver on his agenda, including through toughening regulations on ghost guns, implementing a comprehensive gun crime strategy that invests in law enforcement and community solutions, and by stepping up enforcement efforts against illegal gun traffickers.”

The president has spoken about the need to curb violence many times as president, including in his high-profile address to a joint session of Congress in April and when he announced executive actions in April and June. He unveiled plans to require buyers of so-called ghost guns — homemade or makeshift firearms that lack serial numbers — to undergo background checks and regulate concealed assault-style firearms, as well as devoted money to try to prevent community violence. He has also called for $750 million more in his proposed budget request for federal law enforcement. A senior team of officials at the Domestic Policy Council work on the issue, though not exclusively.

The president, they say, needs to push Congress more aggressively to ban assault weapons, limit high-capacity magazines and expand background checks — reforms he has spoken in favor of as president — and support ending the filibuster to allow legislation to more easily pass the evenly-divided Senate. A White House official said the White House has publicly and privately urged lawmakers to back the president’s agenda and Chipman’s confirmation.

But Chipman’s nomination is in peril after Sen. Angus King, an independent from Maine and a member of the Democratic caucus, signaled to the Biden administration and his Democratic colleagues that he is not supportive of the nominee. King has been under pressure from gun rights groups in his state, including the Sportsmans’ Alliance of Maine, to oppose Chipman.

And elsewhere, Biden’s own administration has worked to keep in place policies that he himself opposes. In April, Biden said that ending the fairly broad liability shield that firearms manufacturers enjoy would be one of his administration’s top priorities. But on Tuesday, the Department of Justice defended that law in a Pennsylvania case. It was the second case in which the Biden DOJ has defended the constitutionality of the Protection of Lawful Commerce in Arms Act.

DOJ didn’t respond to questions. As general policy, the department defends federal laws passed by Congress, regardless of whether the administration supports them, if it deems there to be reasonable arguments for their constitutionality. But in the past, administrations have chosen not to defend some laws, such as when Barack Obama ordered the DOJ to drop its defense of the 1996 law that barred federal government recognition of same-sex unions.

“It is frankly, shocking to see this administration reject the advice of the movement to go into court, defending this law, which the president claims he wants to see repealed,” said Igor Volsky, executive director of the advocacy group Guns Down America. “This isn’t the first time they did this.”

Senate leadership has acknowledged that Chipman doesn’t yet have the votes for final confirmation. The Senate Judiciary Committee approved his nomination along party lines, but Senate Majority Leader Chuck Schumer hasn’t scheduled a vote to discharge him from committee. The Senate has confirmed only one ATF nominee, B. Todd Jones in 2013, a sign of how controversial the position is.

“The White House should be ashamed of the fact that those of us working on this issue every single day cannot with certainty tell you how the administration is going about implementing the promises this president made,” Volsky said. “That’s just not how an administration for whom gun violence is a priority behaves.”

Josh Gerstein contributed to this report.