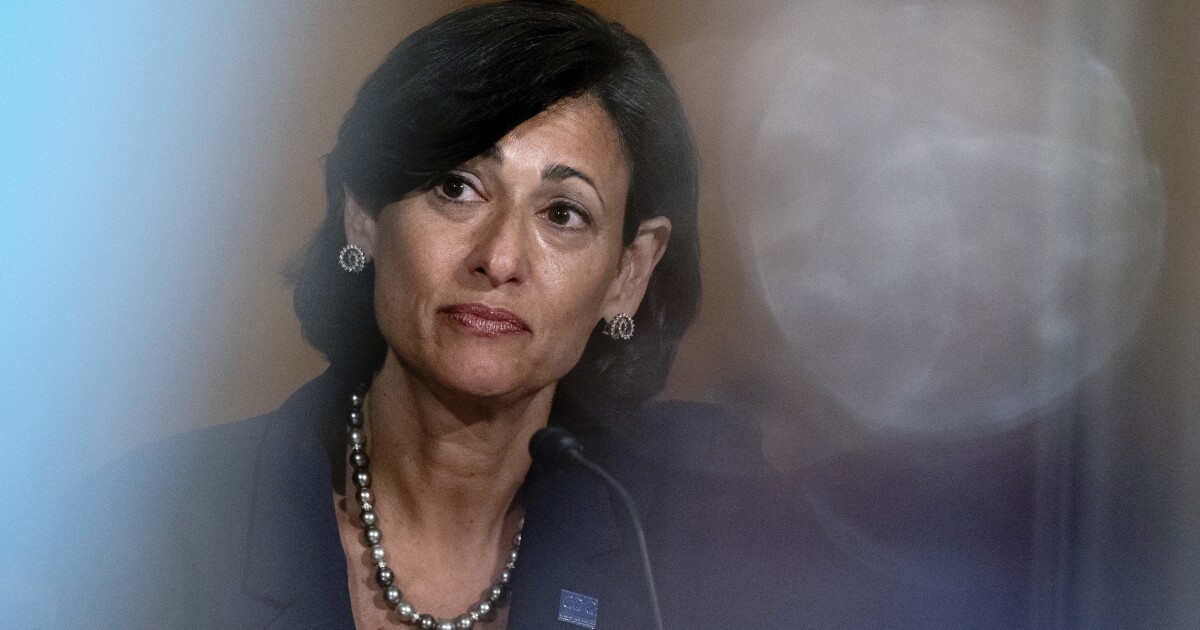 Twenty-five years ago, Congress reprimanded the Centers for Disease Control and Prevention for its political advocacy of gun control. Now, President Joe Biden’s CDC Director Rochelle Walensky is planning a new round of activism against gun owners. In an emotive video interview with CNN’s Elizabeth Cohen, Walensky recently signaled her intention to resume CDC research on “America’s epidemic of gun violence.”

Since the CDC’s 1990s activism, consequential shifts in science, public opinion, and law have transformed the firearms debate. Firearm homicides are a fraction of what they were then. Mountains of criminology research and law enforcement experience have shown firearm carry license holders to be exceedingly responsible. The U.S. Supreme Court has ruled that gun ownership is an individual right. Walensky ignores it all, repeating tired tropes about “gun violence” and implicitly conflating average gun owners with chronically violent criminals.

We testified before the House Appropriations Committee in March 1996, at the height of the controversy. The public health community had just launched its campaign to portray firearms as “dirty, deadly, and banned,” as top CDC official Mark Rosenberg put it. President Bill Clinton’s Surgeon General David Satcher used his bully pulpit to rail at the National Rifle Association.

In the CNN video, interviewer Cohen alleges that the NRA, in the 1990s, “convinced Congress to cut funding for all gun research.” That myth has been the narrative of the public health community ever since. In reality, Congress only put a stop to the CDC’s “activities to advocate or promote gun control,” as the full House Appropriations Committee report put it.

And what were those activities? Along with two other witnesses, we laid the evidence out for the Appropriations Committee:

1) A CDC-funded 1993 New England Journal of Medicine article by Dr. Arthur Kellermann and co-authors. They used the case control method, traditionally an epidemiology research tool, to claim that having a gun in the home triples the risk of becoming a homicide victim. The sample population was a group of crime-prone urban residents who had been murdered in their homes. The authors then tried to equate this wildly unrepresentative group with typical gun owners.

2) The winter 1993 CDC publication “Public Health Policy for Preventing Violence,” co-authored by Rosenberg. It offered two strategies for preventing firearm injuries: “restrictive licensing (for example, only police, military, guards, and so on)” and “prohibit gun ownership.”

3) Shockingly frank admissions made on the record by CDC officials, describing their clear anti-gun political agenda. “We’re going to systematically build a case that owning firearms causes deaths. We’re doing the most we can do, given the political realities,” said P.W. O’Carroll, acting section head of the Division of Injury Control, CDC, in “Epidemiologists Aim at New Target: Health Risk of Handgun Proliferation” in the Journal of the American Medical Association in 1989.

4) A CDC-funded newsletter from the Trauma Foundation, a San Francisco-based gun prohibition advocacy group. The newsletter urged readers to “organize a picket at gun manufacturing sites” and to “work for campaign finance reform to weaken the gun lobby’s political clout.”

And now, after all that, the CDC director wants gun owners to believe her invitation to “have a conversation” and “come to the table” to “be part of the solution.” Nowhere does Walensky even hint that she has actually reached out to the National Rifle Association, Second Amendment Foundation, or Gun Owners of America.

For decades, the CDC has quietly expanded its activities from its original critical mission of infectious disease control. The agency now supports far-afield research projects in spousal abuse, juvenile delinquency, and other subjects far better explored by criminologists and sociologists. Our CDC director seems to think that now, even as we struggle with the most lethal pandemic in a century, is a good time to once again direct the agency’s resources against gun owners. The public is not likely to agree.

Timothy Wheeler, M.D., is director emeritus of Doctors for Responsible Gun Ownership. Miguel A. Faria, M.D., is a retired neurosurgeon and past research grant reviewer for the CDC.