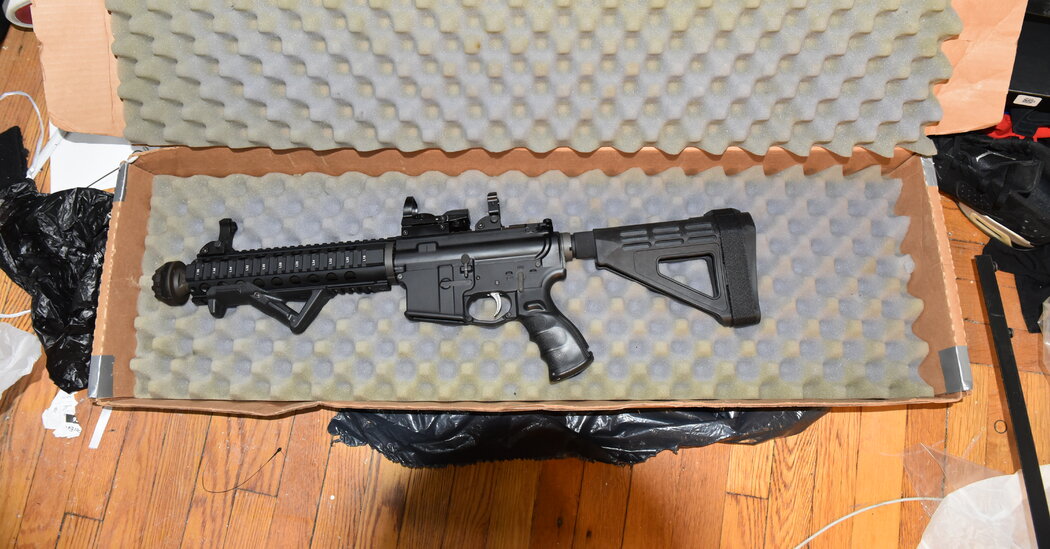 In New York City, ghost guns constitute a small but growing percentage of the thousands of guns seized over the last two years, according to Deputy Inspector Courtney Nilan, who leads a police unit charged with taking guns off the street.

She said that in 2020, the police recovered about 150 ghost guns, as compared with 48 the year before, and just 17 in 2018. The police also recovered 75 matched parts last year that had yet to be assembled, she said.

By August of this year, Inspector Nilan’s team had recovered about 120 of the weapons, as well as 30 matched parts that had yet to be assembled. She expects the total seized by the end of this year to exceed last year’s number.

Inspector Nilan said in an interview that the guns were now in wider circulation.

“In the past, you haven’t really seen gang members walking around with ghost guns,” she said. “A lot of times it would be the hobbyists or it would be someone who was mentally ill and couldn’t get a gun legally. And we’re seeing this year, that 17-year-old gang member either stopped on the street or in a car, and he has that ghost gun now.”

Prosecutors around the country have adopted a number of strategies to fight the spread of ghost guns. In San Francisco, where last year nearly half of all recovered guns used in murders were ghost guns, the district attorney, Chesa Boudin, has filed lawsuits against three organizations that sell the weapons online.

“Traditional law enforcement approaches to gun safety are not working,” said Mr. Boudin in an interview. “It’s far more effective to prevent these companies from dumping guns onto our streets by the tens of thousands than to sit back and idly hope that police can seize all of these unlawful guns one at a time.”

Manhattan is not seeing close to the same level of saturation as San Francisco. But along with charging individual defendants, Mr. Vance and the New York State attorney general, Letitia James, have called upon the Biden administration to implement a rule proposed by the Department of Justice that would expand the definition of a firearm to include the parts that make up a ghost gun. Doing so would close a loophole that advocates of gun control say has allowed the weapons to proliferate.

ILA | The State of Surveillance: California Cops and Social Media Monitoring
ILA | Harvard Researcher: About Half of New Gun Owners are Women
Gun control backers want legislation, education after 2nd West Bath shooting by a child
Abortion is a Jewish value should be safeguarded – NCJW
NRA board member calls for ouster of CEO Wayne LaPierre in lawsuit