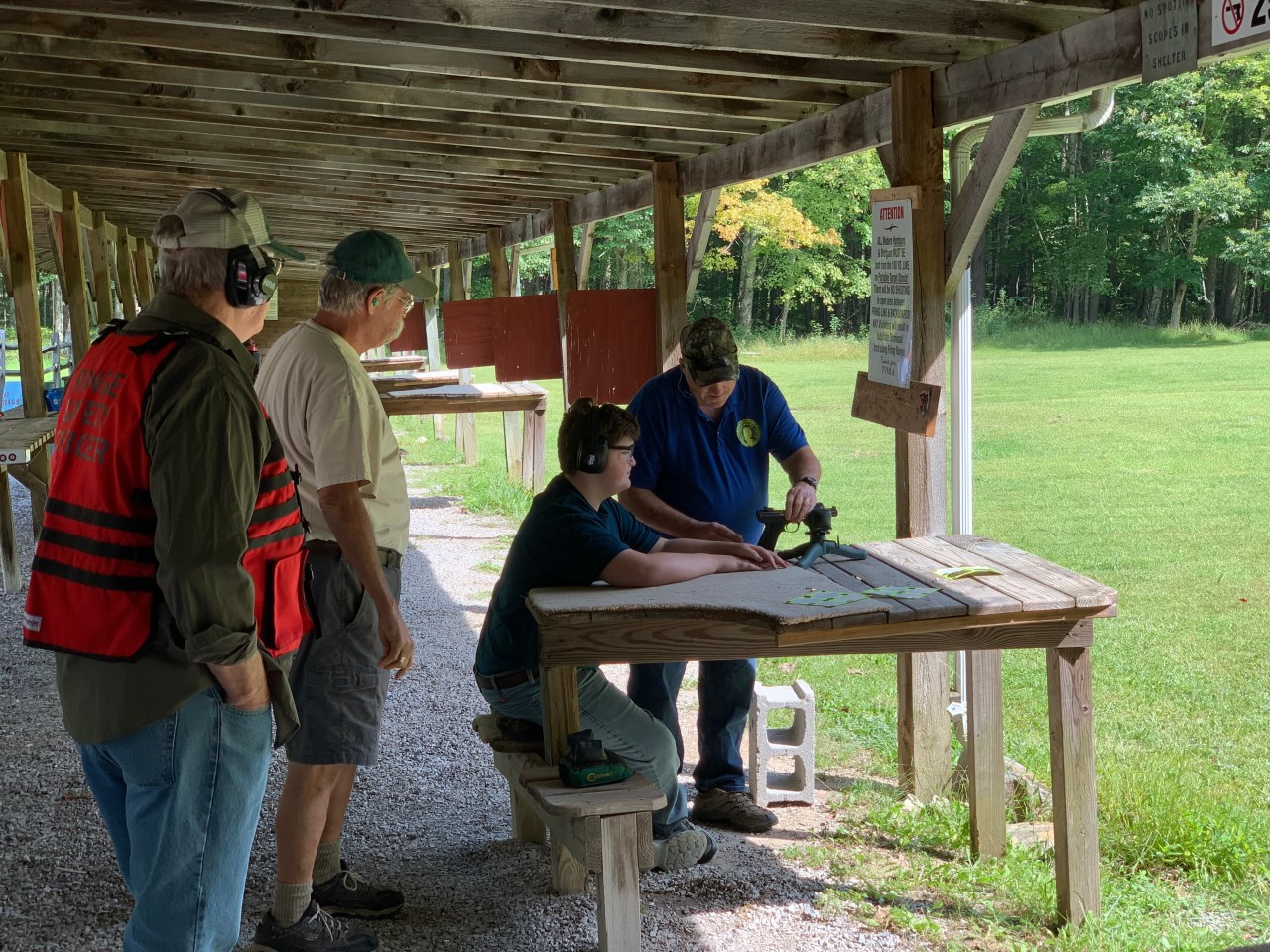 The guns, ear muffs and other protective wear, Mearns said, have largely been made possible through the National Rifle Association (NRA).

Over the years, he said, the NRA has provided the necessary equipment through grants.

These grants greatly help the Mountaineer Chapter of the IWLA do what it does best — getting people in touch with nature.

“We need to get the kids, you know, out into the woods and we need to get them out in some activities like this,” Mearns said. “I was a conservation officer for 33 years. In the last several years, I saw less and less kids out in the woods. Now, they want to set up and just play with their games, you know? So, you know, we have almost 1200 acres up here and we have trails that the kids can come up and walk on and we get them out into the woods and get to see bugs — and get them to see, you know, nature.”

In the end, when all the shooting was done, the chapter gave each participant a gift they could take home with them to remember their time at the range.

Mearns said the Mountaineer Chapter of the IWLA tries its best to have events like this during the year.

If parents or guardians are interested in getting in touch with the organization, Mearns said they should not hesitate.

“Also, we advertise stuff in the newspaper,” Mearns said. “And, we get a lot to the chamber of commerce and we let them know what’s going on, and, you know, they advertise it.”

Formed in 1922, the National Izaak Walton League is one of America’s oldest and most respected nonprofit conservation organizations. Today, total membership is around 50,000 nationwide all working together to defend the nation’s and the world’s soil, air, woods, waters and wildlife. The league fulfills its conservation mission by; 1) promoting citizen involvement in local environmental protection efforts; 2) educating the public about emerging natural resources threats; 3) representing conservation concerns before Congress, state legislatures and government agencies, pressing for strong laws, regulations and funding to protect resources; and 4) enforcing these laws when necessary by taking violators to court.

Stated Goal of the Organization