That’s a lot of pressure to make that one shot so if you want to be able to do that, whether you are hunting that prize elk that finally comes out of the trees 700 yards away from you across that windy canyon… Or you are walking your dog in the park and you and your wife get confronted by a couple of drug addicts wielding knives. You are going to do it like you have practiced it and if you rarely or never practice it you are most likely going to get the same results as the practice you have put into it. Zero practice will net you zero results.
When it comes to using a firearm for self-defense you quite possibly are going to live or die with one shot. If you happen to find yourself in a confrontation against armed assailants, you are going to have to have a better skill set than they do and you had better have honed your skills to a razor’s edge and practiced it repeatedly beforehand. There are no points for second place and when it comes to defending yourself or your family, truer words have never been spoken.

I have been an NRA Certified Law Enforcement Firearms Instructor for over 30 years which seems impossible since I am
only 29, LOL! Over the course of my life I have instructed all sorts of firearm disciplines from handgun to long distance precision rifle classes to literally thousands of students. One of the things that I have learned over all those years is that shooting is a lot like driving. Everyone thinks they do it just fine, but if that were actually true there wouldn’t be any car accidents or accidental shootings. So obviously, that really isn’t the case. 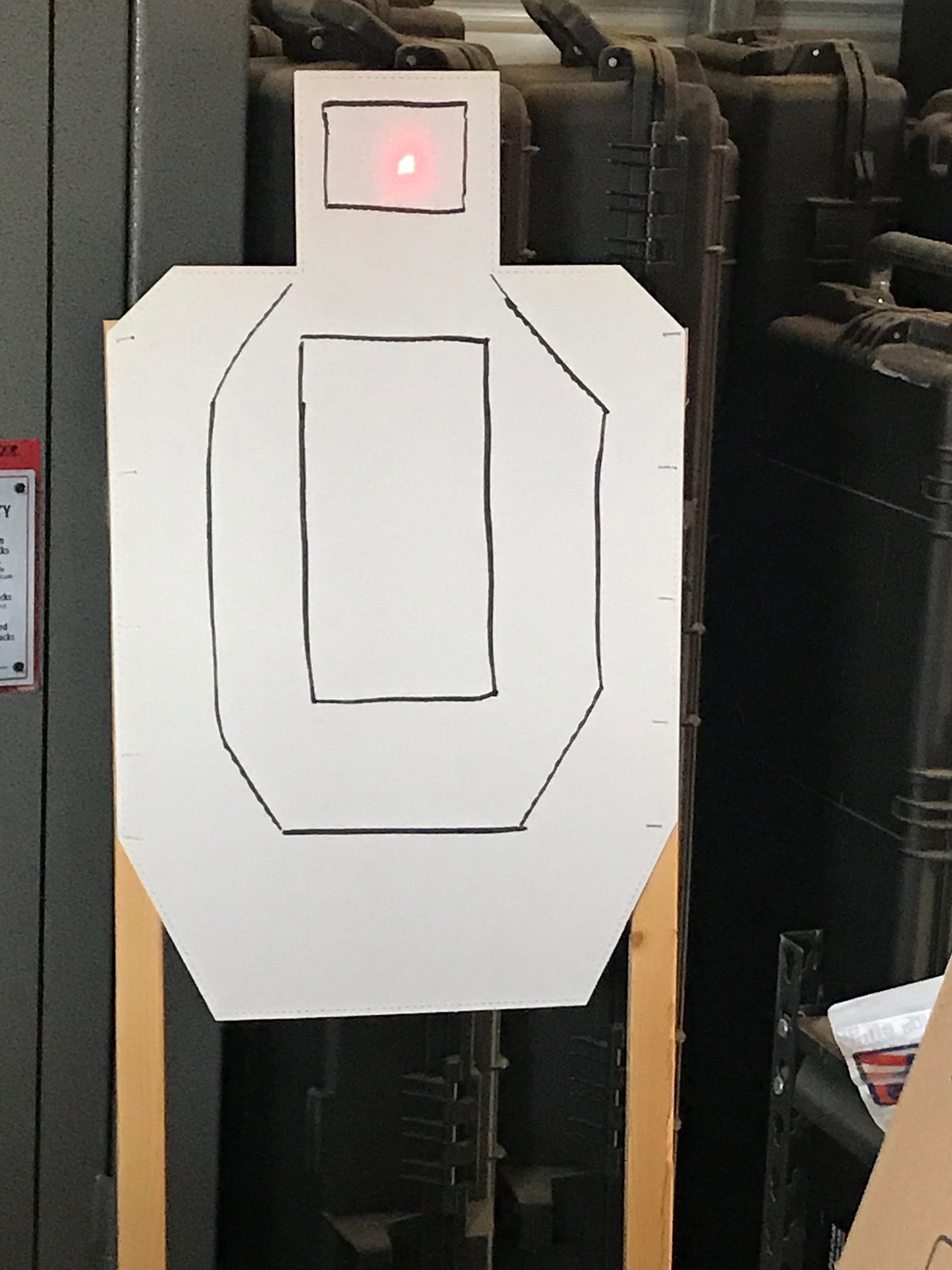 Over the course of my lifetime, I have owned and operated a retail and class 3 weapons dealership and have sold a fair number of guns. One of the things I always asked my customers is what they intended to do with the gun they were wanting to purchase to see if I needed to do an intervention with them first, LOL! One time, a gentleman walked into my store and wanted to know if we had any derringers. I explained that no we didn’t currently have any and then I asked him what he wanted to use it for. He replied that he did a lot of hiking and wanted it for personal protection against mountain lions and bears. After I stopped laughing, I sat the man down and did his intervention. Once I explained the shortcomings of the entire class of derringer-like weapons and pointed out that every derringer every made on the planet had lots of sharp edges on it, he decided he needed a real gun and bought a .45, lol! You never want to shoot anything with teeth and claws with a piece of junk derringer because it might get taken away from you and planted in your behind, LOL! My point in telling Sentinel readers and my gun club members this story is that its ok to not know everything about a subject and to seek out qualified individuals and learn from them. Last summer I bought a welder from a guy to use on some of my farm projects. Well, I have watched people weld things up before, but I had never actually done it myself since I am management, LOL.

Turns out it is more difficult than it looks, so I had to get some instruction from someone more qualified than me. I am always a very good student, especially when it comes to something I don’t know, so at the end of my instruction I had a pretty good knowledge of what I needed to look for and what I needed to do. Then I did what I always do, I practiced until I developed a pretty good skill set
with it.

Training to Survive
How good do you have to be to survive an armed encounter? Simple. You have to be better than your opponent. That sounds straightforward, however, one thing to keep in mind is that your attacker is likely going to have the element of surprise as you were likely minding your own business when the attacker decided to strike. If you have reasonably good reaction time, a typical adult in good shape can start to react to danger in around .9 of a second getting off one aimed shot from drawing from the holster in around four seconds with a developed skill set yet minimal practice. Is four seconds enough time to save your life or the lives of your loved ones? Depends on several other factors. Are you the only target present in the attack, or are you simply a target in a group of targets such as a crowded church or theater? Shooters who have highly developed skill sets with lots of practice fall into the Gun Fighter threshold and can do this in less than two seconds. Both Sam and I are able to draw and shoot two rounds on target
in under two seconds, but we have each probably shot over a million rounds of ammo between us as well. 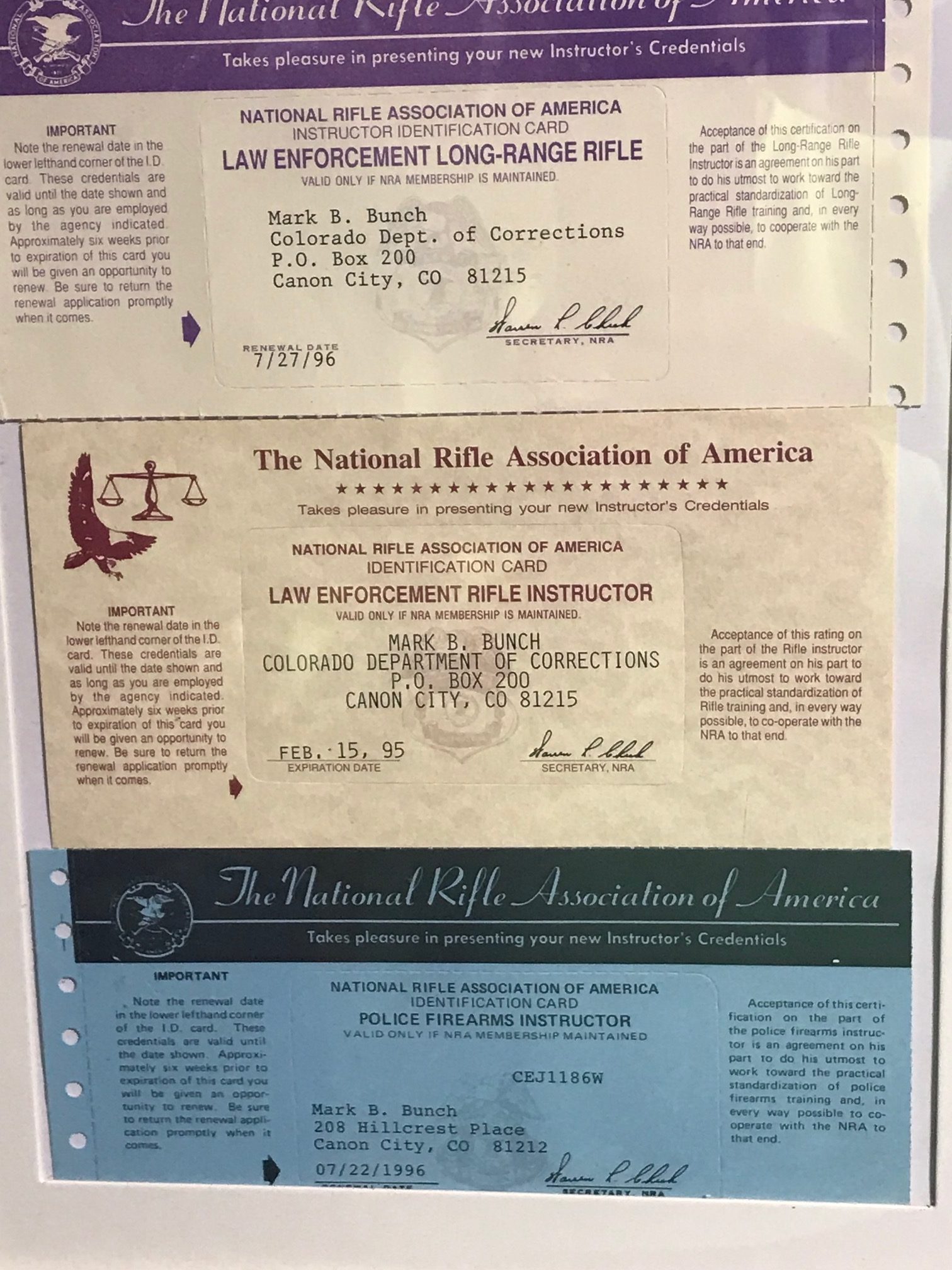 Can you repeat that feat at 3, 7, 10, 15 or 25 yards in the same time frame as your point-blank performance of approximately four seconds? Can you get consistent A box hits? Probably not if you have minimal training and practice. What happens if you can’t use your strong hand because of injury or surgery? How would you fare if you were to be attacked under those circumstances? Have you ever practiced drawing and shooting your handgun weak handed?
I have said this in previous articles, and I say it again now as it is imperative that it sinks into your consciousness. Once you have developed a skill set with a firearm, it is going to take you at least 50 rounds per month to maintain your original skill set. That doesn’t mean that you are going to improve your skill set, it simply means that 50 rounds per month is the bare minimum to maintain whatever skill set you have developed. That is 600 rounds per year, and 6,000 rounds per 10 years to maintain that 4 second draw and point-blank shot once you perceive there is a threat.
Combat CCW Class
At the Royal Gorge Gun Club Armory we have developed an intermediate handgun defense course called Combat CCW. This class was designed by myself and Sam Tittes, my lead firearms instructor, to help improve the efficiency and confidence level of everyone who already has a Concealed Carry Permit but a minimum of handgun combat training shooting experience or practice. I know lots of people with CCW permits and sadly, for most of them I would be absolutely terrified if I was in a restaurant or theater or church and anything happened and they drew their legally concealed firearm and started shooting, LOL.
The puppy mill concealed carry trainers churn out everyone they possibly can so they can get a CCW permit without knowing a darn thing about safely carrying, deploying and engaging a threat with their concealed carry handgun. I have even had some of their students come to my gun store after completing one of their puppy mill concealed carry classes and ask me to load their gun since they couldn’t figure it out !! Do you really want that guy sitting behind you with his legally carried concealed handgun to pull it out and start shooting at some criminal who is shooting up the theater or church pew you that your family are sitting in? 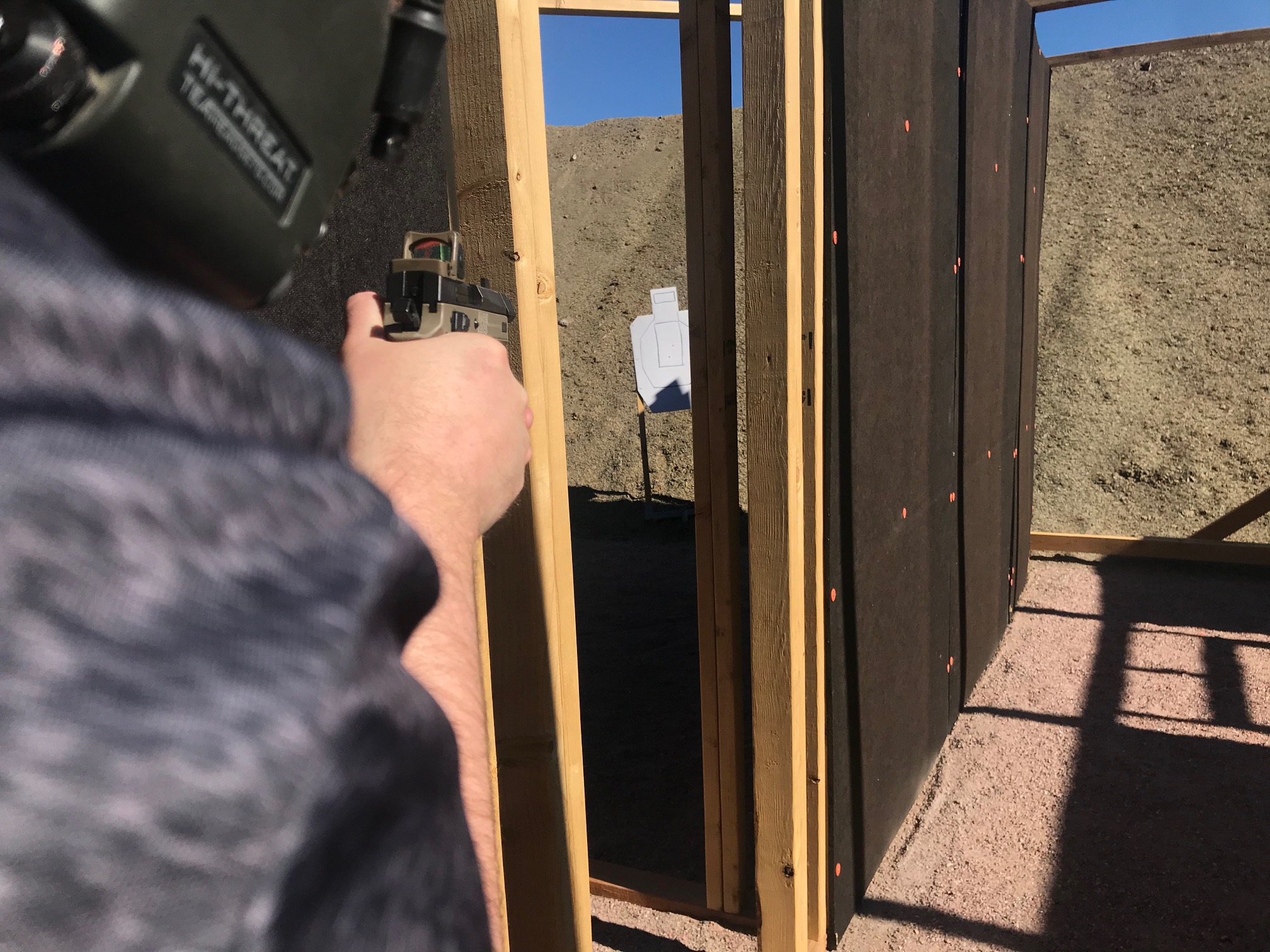 Hopefully most of you stood up out of your chair and yelled hec no to that question, LOL ! Students who take our Combat CCW class will all be baselined on their shooting proficiency at the beginning of our live fire and then at the conclusion of live fire practice drills and you will see first-hand the benefit of taking our brand-new Combat CCW class. Whatever your skill set is, we will make you better. We will likely run one more of these October 9th, and include a night fire element, engaging running targets, and learning how to clear a house or structure. Price per student is $150 each or $250 for you and management and you will need 100 rounds of ammo each. 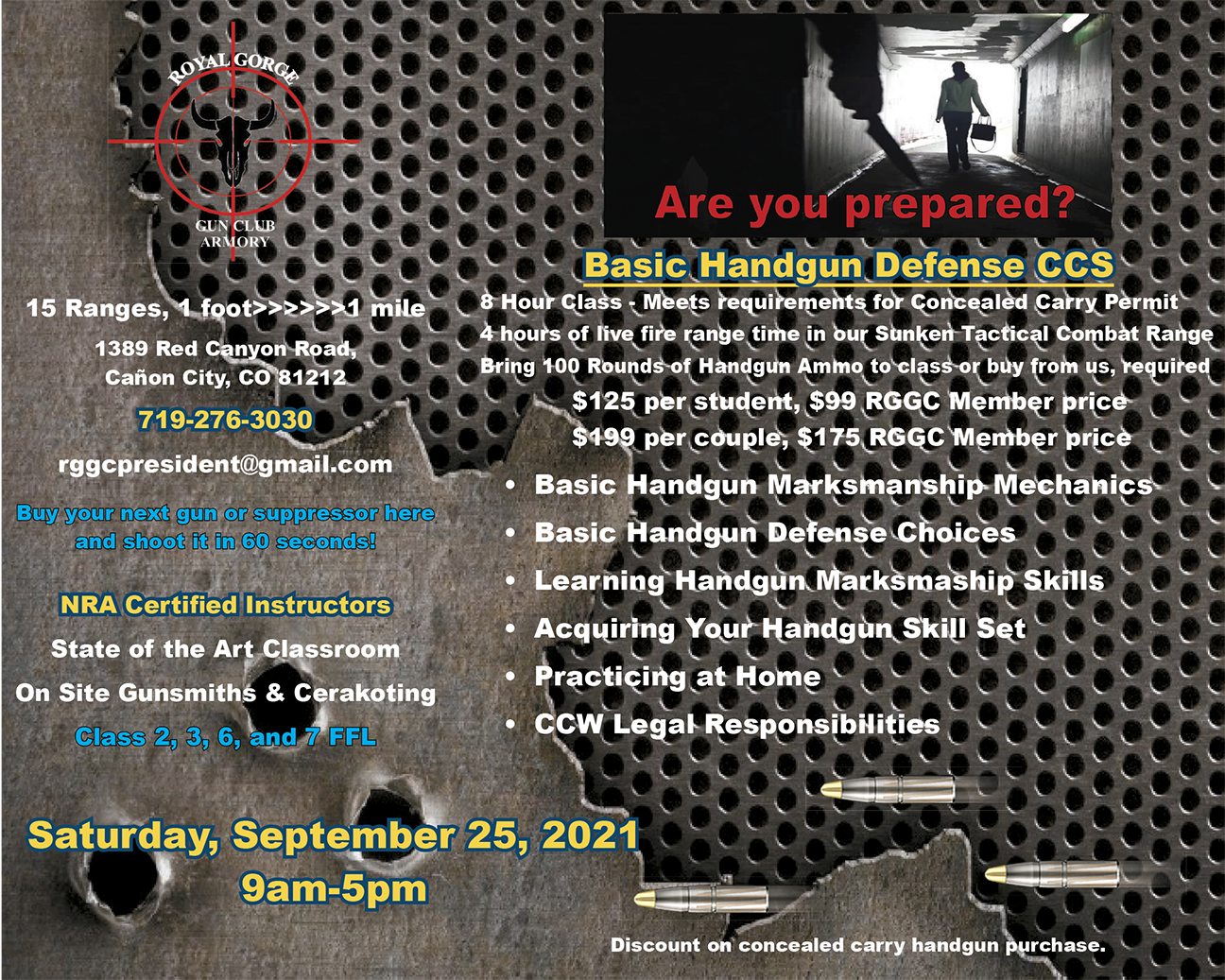