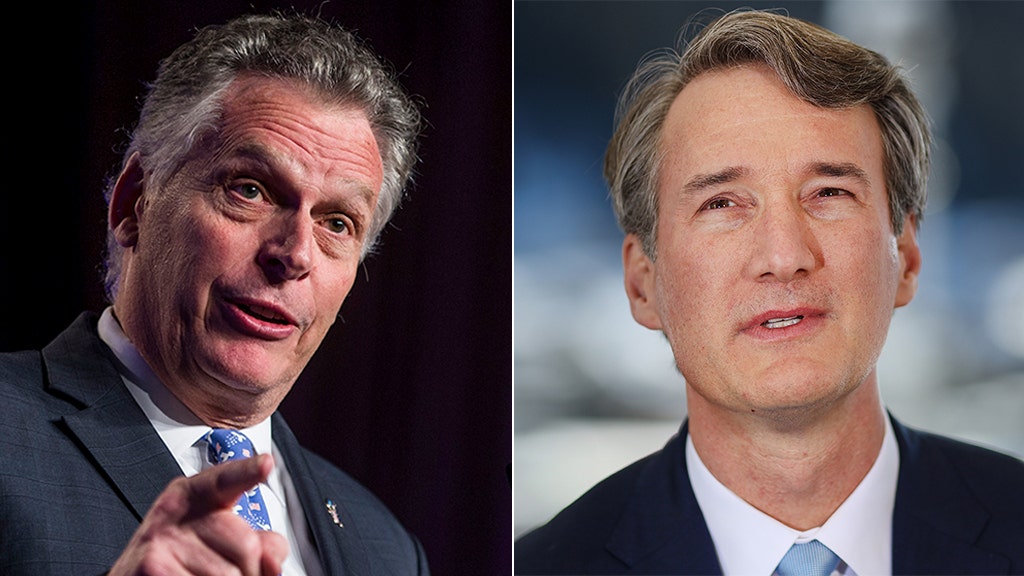 A political committee tied to Democratic strategists is reportedly posing as a conservative group to try to drive a wedge between Virginia gubernatorial nominee Glenn Younkin and Republican base voters in November’s closely watched election.

During the past week, some voters in Virginia have been targeted with ads on Facebook, Instagram, Google and Snapchat questioning Youngkin’s commitment to the Second Amendment, Axios reports.

“While the NRA backs Donald Trump, they REFUSED to endorse Glenn Youngkin. We can’t trust Glenn Youngkin on guns,” one of the ads says.

The ads come from a group called Accountability Virginia PAC, which on its website doesn’t give details about who’s behind the organization. But the group’s online donation page is accessed through ActBlue, the main Democratic fundraising platform; its bank account sits with Amalgamated Bank, a financial institution owned by labor unions and frequently used by pro-Democratic political groups; and consultants at a firm that works with Democrats helped incorporate Accountability Virginia, according to Axios.

According to public records, the group spent roughly $25,000 to run the ads, which have been viewed at least 1 million times. The ads appearing on Snapchat appear to be targeted to users in largely rural and heavily Republican parts of western Virginia.

Youngkin, a successful businessman and first time candidate, is facing off against former Democratic Gov. Terry McAuliffe in an election that’s seen as a key barometer ahead of next year’s midterm elections, when control of Congress will be up for grabs. The latest polls indicate McAuliffe holding a very slight advantage in the contest, with five weeks to go until the election.

CLICK HERE FOR THE LATEST FOX NEWS REPORTING ON VIRGINIA

Virginia, once a top political battleground, has shifted blue over the past decade, and it’s been a dozen years since Republicans won a statewide election in the commonwealth. Virginia – along with New Jersey – are the only two states that hold gubernatorial races in the year after a presidential election, and thus grab outsized attention.

There’s also a long-running trend of voters in the state defeating the party that controls the White House. McAuliffe temporarily broke that tradition in 2013 with his election as governor. Virginia governors are barred from serving two straight terms.

November’s election in Virginia, as with this month’s gubernatorial recall election in California, is being viewed as an early referendum on President Biden’s tenure in White House.

But while Democratic Gov. Gavin Newsom’s landslide victory in the California recall contest came in a deep blue state, Virginia remains a competitive battleground. And a McAuliffe loss in November, or even razor-thin victory, will set off major alarms with Democrats aiming to hold onto their congressional majorities in next year’s midterms.

Following in Newsom’s footsteps, McAuliffe has been spotlighting Youngkin’s ties to former President Trump and his opposition to COVID-19 vaccine and mask mandates.

But Youngkin, a wealthy former investment executive who’s poured more than $17 million of his own money into his gubernatorial campaign, has been able to keep his distance from Trump as well as other issues that could trip up Republicans in a purple state.

While Youngkin has not made gun rights a major issue in his campaign, he’s said he’s a gun owner and a lifetime member of the NRA.

Youngkin campaign spokeswoman Macaulay Porter told Fox News that “Constitutional conservatives and people who care about protecting our Second Amendment rights are voting for Glenn Youngkin today because they know he supports the right to keep and bear arms”.