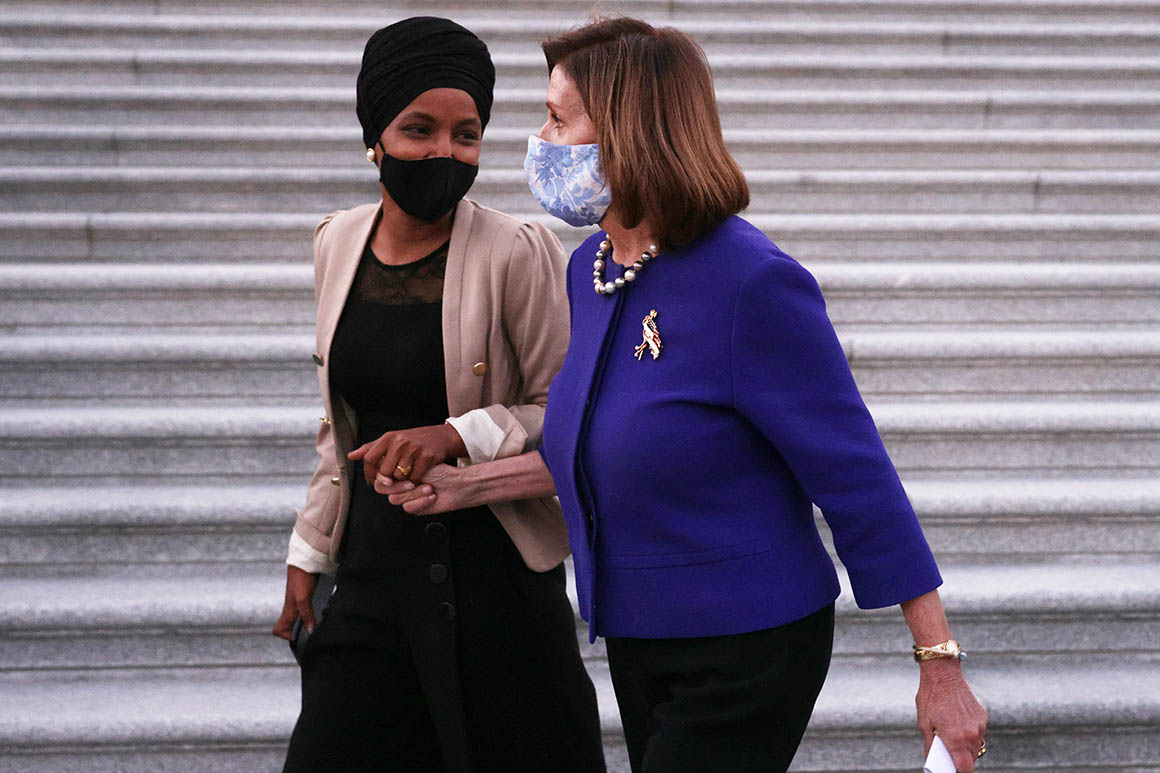 ABOUT LAST NIGHT — The Democrats’ “two-track” process is no more. After weeks of linking passage of the $1.2 trillion infrastructure package (BIF) to the party’s larger reconciliation bill, Speaker NANCY PELOSI told her members Monday night that she’s forging ahead with a stand-alone vote on BIF as the much larger social spending bill is being hashed out.

It’s a reversal by not only Pelosi but Senate Majority Leader CHUCK SCHUMER and President JOE BIDEN. Their previous position was that one should not — indeed, cannot — pass without the other.

This sets up a major showdown between Pelosi and the Squad, as well as other members of the Congressional Progressive Caucus. CPC Chair PRAMILA JAYAPAL (D-Wash.) has been saying her members will tank the Thursday vote if the Senate doesn’t pass the larger multitrillion-dollar reconciliation bill first.

“Until that happens, there aren’t the votes for the infrastructure bill,” she said after Monday’s Democratic Caucus meeting. “We are going to vote for both bills after the reconciliation bill is done.”

The move comes amid a softening in Democratic negotiations. Progressives have stopped insisting on $3.5 trillion in spending; they’re less focused on the top-line number than what programs make it into the plan. Moderates, meanwhile, have been clear that they’re in favor of a reconciliation bill — just one with a much smaller price tag.

As for the timing, Sen. JOE MANCHIN (D-W.Va.) repeated Monday that a deal on reconciliation is a ways off. “It’s a heavy lift. … It’s gonna take a while.”

The racial health disparity crisis in the U.S. is unconscionable and unacceptable. That’s why Blue Cross and Blue Shield companies are working to reduce disparities in maternal health by 50% in 5 years – part of our multi-year commitment to promote health equity.

THE VIEW FROM PELOSI-LAND: The speaker doesn’t have a choice but to hold the BIF vote Thursday. Both because she promised moderates and because highway and transit programs expire Thursday. (Progressives are skeptical of the need to act on transportation programs by that deadline.)

THE VIEW FROM PROGRESSIVES: They were tricked. Progressives keep referring to the “original deal”: that infrastructure would move only if the party delivered on their other priorities, from affordable housing to climate to free community college. (Even if moderates never made this vow, Democratic leaders certainly gave the impression it was their position.)

VIEW FROM THE WHITE HOUSE: Unclear. Biden has sidestepped opportunities to declare he wants the BIF vote Thursday, instead speaking of the urgency of passing his entire agenda. That’s left some House Democrats who aren’t caught up in the progressive vs. moderate fight genuinely confused: Should they vote for BIF in order to have Biden’s back? Or stand with the left to force action on everything?

WHAT DO PROGRESSIVES ACTUALLY WANT? Publicly, they say they need a Senate vote on reconciliation in order to back BIF. But progressives are also signaling they might accept something short of that: a framework with a top-line number and ironclad commitment to back key provisions they like.

The problem: Talks with Manchin and Sen. KYRSTEN SINEMA (D-Ariz.) have barely begun. “What’s holding everything up are a few senators who aren’t providing us with any clarity as to where they ultimately will land,” said House Democratic Caucus Chair HAKEEM JEFFRIES (D-N.Y.).

MORE: For the best account of Monday’s pivotal Democratic get-together, read this story by our colleagues Heather Caygle and Sarah Ferris.

BIDEN’S TUESDAY: The president will receive the President’s Daily Brief at 10:30 a.m.

THE SENATE will meet at 10 a.m. and take up KAREN DONFRIED’s and MONICA MEDINA’s State Department nominations, with a vote on Donfried at 11:30 a.m. The chamber will recess from 12:30 p.m. to 2:15 p.m. for weekly conference meetings. Defense Secretary LLOYD AUSTIN and Joint Chiefs of Staff Chair Gen. MARK MILLEY will testify before the Armed Services Committee at 9:30 a.m. Treasury Secretary JANET YELLEN and Fed Chair JEROME POWELL will testify before the Banking Committee at 10 a.m.

THE HOUSE will meet at 10 a.m. The Democratic Caucus will hold a closed meeting at 9 a.m.

— And that path likely will involve removing the debt ceiling from the CR in order to avoid a government shutdown Friday, according to Burgess Everett, Marianne LeVine and Jennifer Scholtes.

CUTTING DOWN TO SIZE — Health care priorities are on the chopping block as Democrats seek ways to pare down their massive reconciliation bill. Money for “long-term care services is expected to be sharply trimmed,” and Medicaid expansion to states that declined it might last for five years rather than permanently, reports Alice Miranda Ollstein. Also, “provisions aimed at helping older, disabled and poorer Americans” are looking vulnerable.

FUNDRAISING WHILE LEGISLATING — Sinema is set to host a fundraiser with business groups that oppose the reconciliation bill, NYT’s Jonathan Weisman scoops.

DEPT. OF STRING PULLING — AP’s Stephen Groves reports that “just days after a South Dakota agency moved to deny her daughter’s application to become a certified real estate appraiser, Gov. KRISTI NOEM summoned to her office the state employee who ran the agency, the woman’s direct supervisor and the state labor secretary.”

Noem’s daughter got her certification four months after the meeting. And “government ethics experts who reviewed the series of events at the AP’s request said Noem’s decision to include her daughter in the meeting created a conflict of interest regardless of what was discussed.” Noem’s office accused the AP of “disparaging the Governor’s daughter in order to attack the Governor politically – no wonder Americans’ trust in the media is at an all-time low.”

REDISTRICTING ROUNDUP — Oregon Democrats passed and signed into law the state’s new district boundaries Monday after Republicans gave up their refusal to provide a quorum. The plan “would create three extremely safe Democratic seats, one extra safe Republican seat, one seat that tilts in Democrats’ favor and one seat that is a virtual 50-50 tie,” the Oregonian’s Hillary Borrud reports from Salem — revised from an initial map that would “almost certainly have led to five Democrats and just one Republican.”

SHADES OF CLAIRE MCCASKILL — Stop us if you’ve heard this one before: A Democratic-aligned group is running ads in rural areas to try to paint a Republican nominee as insufficiently conservative, depressing his turnout. This time it’s the Virginia gubernatorial race, where social media ads from Accountability Virginia PAC are slamming GLENN YOUNGKIN from what purports to be the right: “While the NRA backs Donald Trump, they REFUSED to endorse Glenn Youngkin. We can’t trust Glenn Youngkin on guns.” More from Axios’ Lachlan Markay

THE NEW LEFT — After an ACLU tweet altered a RUTH BADER GINSBURG tweet to make its references to women instead be gender-neutral, the head of the organization apologized in a column by NYT’s Michelle Goldberg. She calls it “a ham-handed attempt to make the quote … conform to current progressive norms around gender neutrality.” 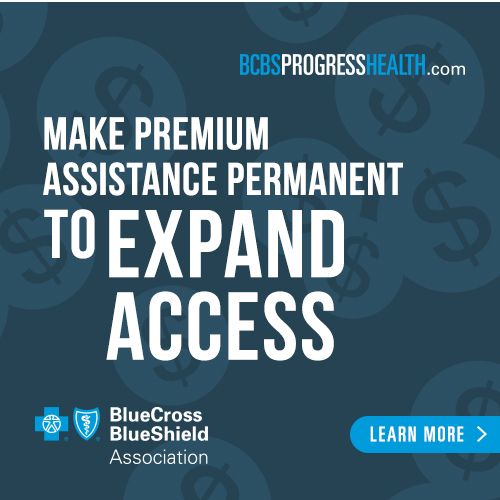 AMERICA AND THE WORLD

— “North Korea fired a suspected ballistic missile into the sea early Tuesday, Seoul and Tokyo officials said, in the latest in a series of weapons tests by Pyongyang that raised questions about the sincerity of its recent offer for talks with South Korea,” AP’s Hyung-Jin Kim reports.

— WSJ’s Michael Gordon and Gordon Lubold write that in a meeting Wednesday, Milley “discussed with his Russian counterpart an apparent offer from Russian President VLADIMIR PUTIN to use his military’s bases in Central Asia to respond to any emerging terrorist threats in Afghanistan.” The point was brought up upon request of Biden’s National Security Council.

— Meridith McGraw has the deets on how DONALD TRUMP’s demand for an “audit” into the 2020 election results in Texas set off a “mad dash” in Gov. GREG ABBOTT’s office as aides tried to figure out how serious the former president’s request was. “The scramble among Abbott’s team to placate the president illustrated the degree to which Trump and his election conspiracies continue to set the rules of engagement for virtually all other GOP elected officials,” she writes.

Billy Eichner and Cobie Smulders, who play Matt Drudge and Ann Coulter in “Impeachment: American Crime Story,” sat down with Olivia Nuzzi for a joint interview.

John Hinckley Jr. will be granted unconditional release in June.

Glenn Youngkin clarified that he would have voted to certify the election had he been a member of Congress.

Mitch McConnell got a Covid booster shot, per POLITICO’s Congress Minutes. “I’ve been a lifelong champion of vaccinations,” said the Republican leader, who had polio as a toddler.

Wednesday’s annual Congressional Baseball Game will be televised on FS1, an honest-to-God sports cable channel whose viewers are accustomed to seeing actual athletes.

The WSJ explores D.C.’s especially large outflow of residents during the pandemic, and whether it’s more vulnerable to the adoption of remote work than other cities in the future.

C-SPAN finally has an app!

SNEAK PEEK — “In Their Own Words” — a biographical profile series airing on PBS — will debut a new episode on former President Jimmy Carter tonight at 8 p.m. The episode explores the life and legacy of Carter “guided by the fresh perspectives of family members, journalists, colleagues, biographers and admirers.” Watch an exclusive clip on the controversial Playboy interview Carter gave during his campaign

MEDIA MOVE — Stephen Sanchez is now a booking researcher at NBC News. He most recently was a broadcast associate on the assignment desk at CBS News.

WHITE HOUSE DEPARTURE LOUNGE — Eva Kemp is joining Precision as a VP on the paid media team. She previously was special assistant to the president and director of presidential correspondence.

STAFFING UP — Melanie Fonder Kaye is now deputy assistant to the secretary of Defense for strategic engagement. She most recently was founder and CEO of MFK Strategies, and worked for Jill Biden in the Obama administration. … The White House announced Biden will nominate John Nkengasong as ambassador-at-large and coordinator of U.S. government activities to combat HIV/AIDS globally.

TRANSITIONS — Deni Kamper is now press secretary for the House Oversight Committee. She previously was press secretary for Rep. Cori Bush (D-Mo.). … Cody Uhing is now director of comms and media relations at AdvaMed, the Advanced Medical Technology Association. He previously was press secretary at First Five Years Fund, and is a Tom O’Halleran alum. … Rebecca MacKinnon is now the first VP for global advocacy at the Wikimedia Foundation. She most recently was founding director of Ranking Digital Rights at New America.

ENGAGED — Matt Sommer, legislative assistant for Sen. Mike Braun (R-Ind.), proposed to Lauren Gillespie, member services director for the House Foreign Affairs GOP, at a winery in Charlottesville this weekend, with dog Lila part of the celebration. The couple met four and a half years ago at a friend’s barbeque in Navy Yard. Pic

Did someone forward this email to you? Sign up here.