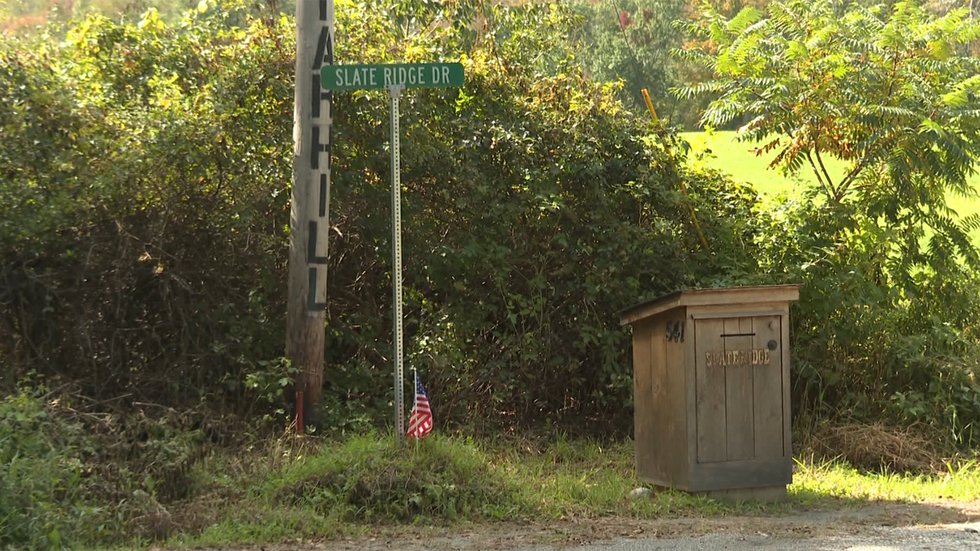 PAWLET, Vt. (WCAX) – The owner of a shooting range and training center was in the Vermont Supreme Court Wednesday after refusing to comply with a judge’s order to dismantle the Slate Ridge Shooting Center.

The paramilitary training center located in Pawlet has drawn concerns from neighbors about gunfire, noise and rhetoric.

We have team coverage with details from the court, plus reaction from neighbors.

Justices heard oral arguments from the team of Daniel Banyai and lawyers for the town of Pawlet. At issue is a zoning disagreement and whether Slate Ridge can even be open.

The firearms training school has drawn state and national attention following disputes among owner Daniel Banyai, neighbors and the town of Pawlet.

Banyai opened the facility in 2017 before he sought permission from the local zoning board to build a school on the site. When he finally did apply for a permit, it was denied.

So Banyai changed tactics. In 2018, he went before the development review board, where his permit was approved. Neighbors then took Banyai to state environmental court, arguing Banyai opened his firearms facility without proper zoning approval and without widening his driveway to accommodate for traffic. This spring, that court ruled Banyai had to shut down his firearms training school and pay some $46,000. But while those legal proceedings were happening in the environmental court, Banyai was granted the permit by a zoning administrator.

Banyai is now appealing to the high court – saying that the zoning administrator’s permit should allow the shooting range to stay open.

Lawyers for the town of Pawlet, appearing virtually before the justices Wednesday, contend the one permit Banyai got for Slate Ridge from the development review board was invalid because he missed a deadline.

“The arc of this process the procedural history, in this case, was such that Mr. Banyai did not raise the 2018 permit along the way and did not raise the issue until it was far too late,” said Merrill Bent, Pawlet’s lawyer.

Banyai’s legal team contends the environmental court overstepped its authority in shutting down the shooting range, and that the zoning administrator’s permit is valid because Slate Ridge is a recreational facility.

“What that means to say it’s a permitted use is precisely that it is subject to being permitted by a zoning administrator without any further review,” said Cindy Hill, Banyai’s lawyer.

The local zoning issues surrounding Slate Ridge are just the tip of the iceberg. Neighbors have complained to town officials about the sound of gunfire and alleged threats from Banyai last year.

They’ve also been frustrated by the response from state police who previously said Banyai wasn’t doing anything illegal.

Supporters of Slate Ridge contend Banyai is exercising his Second Amendment rights and educates community members on how to be responsible gun owners.

We also went to Pawlet on Wednesday to hear from people in town. Many there told us they have been the target of attacks.

Pawlet is a quiet town in Rutland County just a stone’s throne from the New York border. However, there is a controversy brewing in this community that everyone seems to know about but not many want to talk about.

“You know, he has threatened the neighborhood kids,” John Davis said.

Davis was willing to speak to us on camera about his neighbor, Daniel Banyai.

“He has threatened some of the other neighbors,” Davis said. “He hasn’t threatened my wife and I but he has slandered us.”

Davis offered a copy of a Christmas card as evidence. The postcard calls him and his wife trash, inbreds and alcoholics.

Davis says the intimidation from Banyai has been going on for years. Though, he says it’s been quiet lately up the long right-of-way driveway. That includes the gunfire that is often heard here.

“None of us are anti-gun,” Davis said. “I’m a longtime NRA member myself.”

Wednesday afternoon, the sounds of construction could be heard coming from the property.

Another neighbor, who didn’t want to be identified, told me a cement truck went up the driveway just a week ago.

Davis built his home here 46 years ago. He says he’s applied for and received half a dozen permits over the years.

“I paid for them and I didn’t drive any nails until I got my permit in hand, so why are the rules different for him? He’s just done what he wanted to,” Davis said. “I don’t think it is fair for the rest of the town.”

We did not attempt to go on Banyai’s property to ask for comment. Instead, we called his lawyer but did not hear back.

But he also says the fabric of the community, where sheep dot the landscape, is being torn apart.

“This was a quiet rural residential neighborhood and he is trying to change that,” Davis said.

Another resident who declined to speak on camera told us there is just a sense of frustration that is growing in this community the longer the situation remains unresolved.