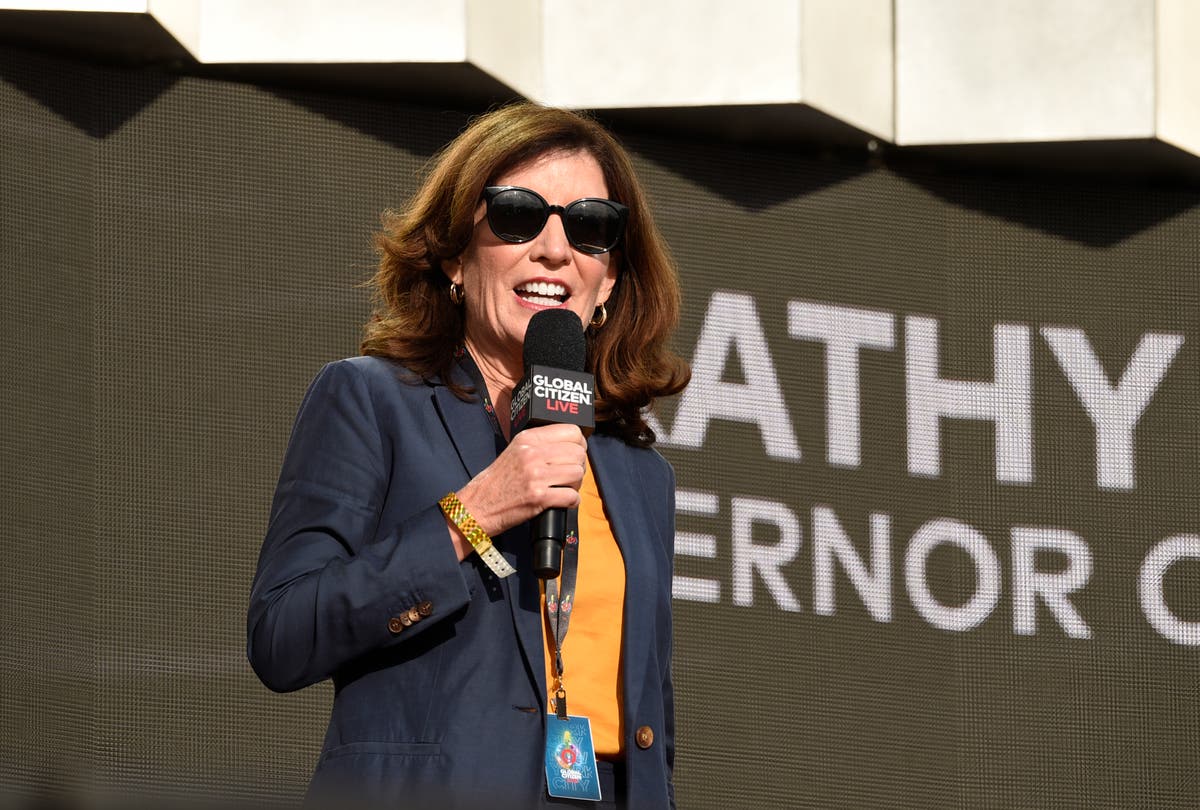 After being vaulted into office two months ago, New York Gov. Kathy Hochul is preparing to run for the job in her own right next year.

But as she works to sculpt her reputation in the wake of Andrew Cuomo’s resignation, a cohort of fellow Democrats is making moves to potentially challenge her in the primary.

At least half a dozen Democrats could set up the 2022 race with a historically diverse field of top contenders, including Attorney General Letitia James the state’s first Black attorney general.

James, who oversaw the sexual harassment investigation that prompted Cuomo’s resignation, has not said whether she’ll run, but she sounded like a candidate Wednesday as she addressed an influential civic group in New York City.

In a campaign-style speech, she rebuked Cuomo, called for reforms to a state ethics commission and issued a call to begin a new era in government and “to make history, to break ground, to shatter society’s self-imposed glass ceilings.”

She dodged a question about whether she’s running: “I am focusing on my work, putting my head down and serving all of you as the attorney general.”

New York City Public Advocate Jumaane Williams announced this week he’s formed a committee to explore a run for governor, an office he could become only the second Black man to hold.

And New York City Mayor Bill de Blasio who is term limited, hinted this week that he is also considering a gubernatorial campaign.

“We haven’t had a wide open, Democratic primary for governor like this in a long, long time,” said Neal Kwatra, a Democratic strategist who worked on Cuomo’s 2014 campaign and once served as chief of staff to former Attorney General Eric Schneiderman.

“This is an authentically open primary, which I think makes it irresistible,” he said.

Of all the potential challengers, James “is unquestionably the most formidable,” Kwatra said, citing big battles she took on as attorney general and her strong base of support in New York City.

In less than three years, James has used her office to take on powerful targets beyond Cuomo, suing opioid manufacturers and the National Rifle Association and investigating former President Donald Trump’s business affairs.

Hochul, a 63-year-old centrist and former member of Congress from the Buffalo area, is meanwhile working to quickly seize a political spotlight that Cuomo once dominated.

“Most New Yorkers didn’t know who the heck she was until about a month ago,” said Patrick J. Egan, an associate professor of politics at New York University. “So she not only has to get her name out there, she also has to establish her record and give people the sense that she’s somebody that they want to lead the state.”

To do that, she’s been giving cable news interviews and making frequent appearances in the heavily populated, heavily Democratic New York City area, seen as critical in a statewide primary.

If several city politicians challenge her and split the downstate vote — James, Williams and de Blasio all call Brooklyn home — Hochul’s connections to upstate and western New York could be a decisive advantage, Egan said.

During a news conference Thursday, Hochul said she’s not preoccupied with potential challengers.

“I don’t have to have the time to be distracted by the political noise,” she said. “Everybody is free to do what they want. I’ve got a job to do and that is my focus.”

She has pledged a fresh break from the decadelong Cuomo era, which ended amid sexual harassment allegations and the revelation that his administration released misleading statistics on COVID-19 deaths.

Cuomo’s spokespeople have argued that the investigation into his conduct that James oversaw was biased against him because of her political ambitions — a charge that James has dismissed as unfounded.

Williams, a 45-year-old former city councilman, said if he runs, he’d present a break from the “toxicity’ and “egos” seen in Albany, New York’s capital.

“What I would like to bring is a different way of doing politics,” he said in interview this week on NY1, a cable news station.

Williams, a regular presence at street demonstrations on racial injustice for years, is perhaps the most progressive potential contender to emerge so far. Hochul has already beaten him once before, when the two faced off in a race for lieutenant governor in 2018.

De Blasio, who launched a short-lived presidential campaign in 2019, has struggled with skewering tabloid headlines during his time running the nation’s largest city.

His twilight months as mayor, intended as a full-throated celebration of the city’s resurgence following the pandemic, have been marred by the coronavirus’ refusal to go away and a crisis at the city’s Rikers Island jail, which has struggled with staffing shortages and prisoner deaths.

De Blasio said this week that he wants to keep serving the city and the state after his term ends in December.

“I want to continue working on issues that I care about deeply,” he said at a news conference this week. “So, you know, I’m going to figure out the best way I can serve going forward.”

Other potential candidates include Steve Bellone, the Suffolk County executive overseeing eastern Long Island. He has been traveling around the state and has hired political strategists as he weighs a campaign.

U.S. Rep. Thomas Suozzi, who represents Long Island and Queens and whose name has been in the mix as a candidate, demurred when asked by The Washington Post last week when he would make a decision about whether to run for governor.

Though New York is a blue state where more than half of registered voters are Democrats and a Republican hasn’t held the governor’s mansion in 15 years, several Republicans are planning to make their case to voters next year.