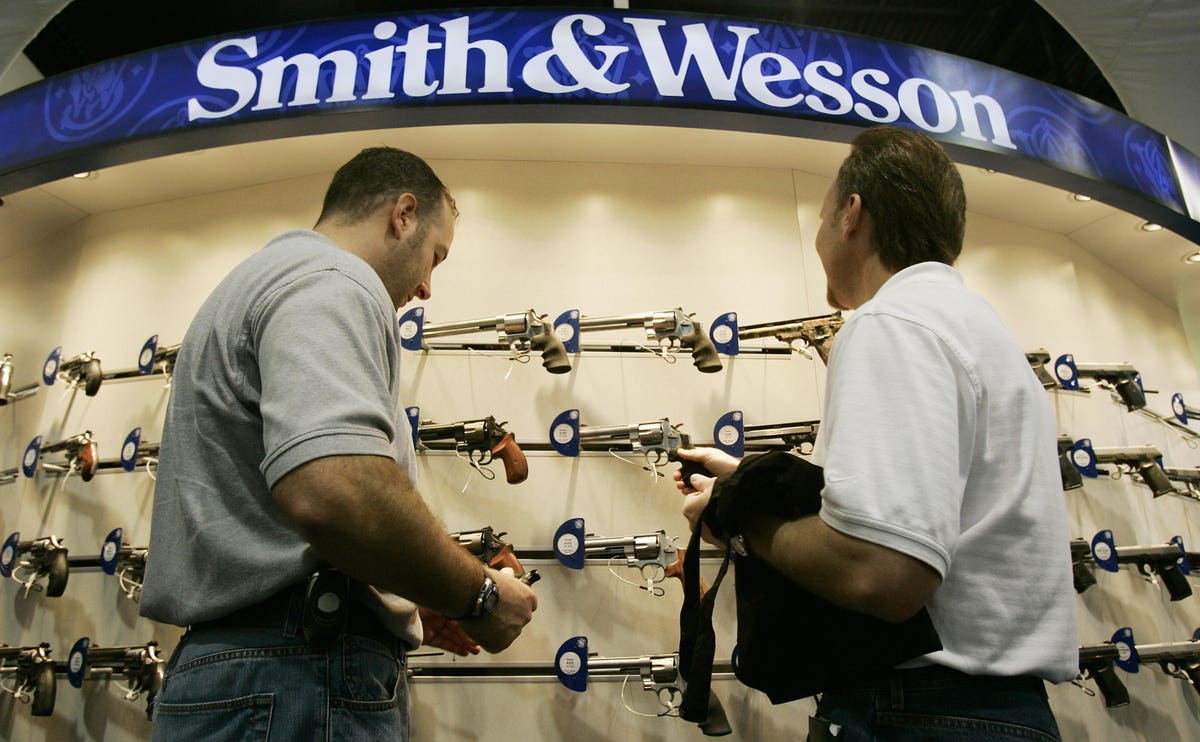 Smith & Wesson Brands Inc. has called Massachusetts home for 170 years, but the company’s CEO said that legislation pending in Beacon Hill could bar the manufacturer from making certain types of firearms – including AR-15 style modern sporting rifles – in the Bay State. As a result, the historic firearms company announced on Thursday its decision to move its headquarters and facilities to the Tennessee, which has stronger support for the Second Amendment as well as a lower cost of living.

“This has been an extremely difficult and emotional decision for us, but after an exhaustive and thorough analysis, for the continued health and strength of our iconic company, we feel that we have been left with no other alternative,” CEO Mark Smith said in a statement.

The proposed legislation in Massachusetts would essentially prevent the company from manufacturing a key firearm that accounts for more than 60 percent of the company’s revenue. The move to the Volunteer State will also allow those Smith & Wesson employees to actually own the products they produce, as Massachusetts law prohibits the sale and possession of most AR-style firearms. Additionally, unlike Massachusetts, Tennessee is currently one of 28 “right-to-work states,” which means its workers can’t be forced to join unions.

Reaction to the news was mixed on social media on Thursday, and while the responses were largely civil, it was easy to see that firearms remain one of the country’s true wedge issues.

“Smith and Wesson have announced they are moving their Headquarters to East Tennessee! I am thrilled for our friends and family in Blount County. This will be a positive impact for all our counties in East Tennessee. Keep up the good work TNECD!,” write Tenn. State Rep. Rebecca Alexander (R-District 7) (@RepAlexander7).

American Hunter (@AmericanHunter), an official journal of the National Rifle Association (NRA) for hunters and shooters), tweeted, “Smith & Wesson is relocating its headquarters and a significant portion of its operations to Tennessee due to changing business climate for firearms manufacturing in Massachusetts: http://ow.ly/E93r50GjzF6”

Tom Gresham (@Guntalk), host of Tom Grensham’s Gun Talk Radio Show, wrote, “BIG NEWS! Smith & Wesson Brands, Inc. announced today that it is moving its headquarters and significant elements of its operations to Maryville, Tennessee in 2023. Smith & Wesson has been based in Springfield, Massachusetts since the company was incorporated in 1852.”

“Smith & Wesson employs over 1,600 people at its Springfield manufacturing plant. The company is experiencing record growth and pays God knows how much to the state in taxes every year. Massachusetts flipped them a giant middle finger. Smith & Wesson flipped MA a bigger one,” suggested Amy Swearer (@AmySwearer), legal fellow at the conservative think tank The Heritage Foundation.

Tennessee House Republicans (@tnhousegop) also noted that guns remain largely a partisan issue, as it posted, “So excited to welcome Smith & Wesson to TENNESSEE! The pistol, revolver, and rifle manufacturer’s new headquarters will be located in Blount County creating 750 NEW JOBS! We’re not only protecting your guns in Tennessee, we’re MAKING your guns in Tennessee!”

Many gun control advocates were just as vocal about the announcement. This included Shannon Watts (@shannonrwatts), founder of Moms Demand Action, a grass roots group opposed to the Second Amendment. She wrote, “NEW: Smith & Wesson just announced it’s leaving Massachusetts and relocating its headquarters to Tennessee, a state that passed permitless carry this year despite widespread opposition from law enforcement and Tennesseans. #tnleg”

The Massachusetts Coalition to Prevent Gun Violence (@MACoPGV) joined the fray, posting, “Amid mounting pressure for tougher gun laws, the company has become increasingly controversial in deep blue Massachusetts… In 2018, students from across the state rallied outside its Springfield headquarters to call for stricter gun laws.”

And not all those opposed to the move kept it as civil. Michael Swartz (@Maswartz226) was blunt, writing, “Oh noooooo! How will Massachusetts survive without Smith & Wesson? F**k off death dealers.”

While perhaps not as heated as some other recent debates on Twitter, this one shows that with some issues it may be impossible to find common ground – and the social platforms only serve as an echo chamber for one’s beliefs. More importantly, this may also serve to show how significant the issues of the Second Amendment and gun control continue to be and why finding common ground won’t be easy.