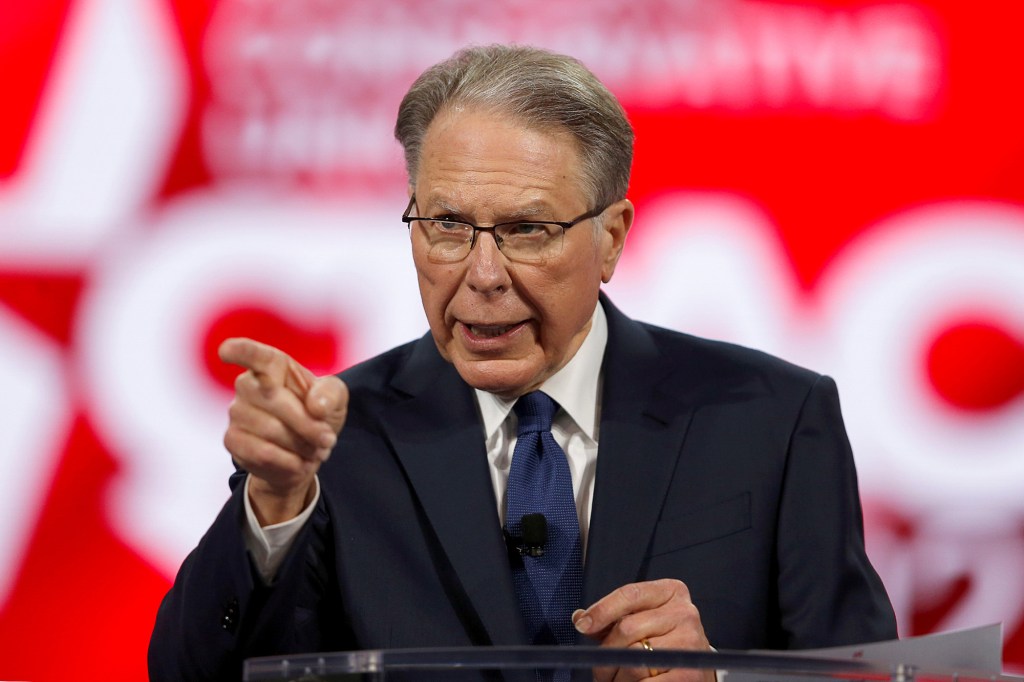 The National Rifle Association on Saturday said its board of directors reelected controversial CEO Wayne LaPierre.

The votes took place at a board meeting in Charlotte, N.C., that followed the annual members meeting.

“The proceedings in Charlotte were an amazing celebration of NRA fellowship and freedom,” Cotton said in a statement that accompanied the tweet. “Under the direction of Wayne LaPierre, the NRA is strong and secure – well positioned to chart its course for the future.”

Cotton is best known for blaming the 2015 massacre at a Charleston, S.C., church on the anti-gun pastor killed in the attack.

LaPierre won the board’s vote despite multiple scandals at the non-profit, including a suit brought last year by New York Attorney General Letitia James that alleges that LaPierre and other top executives diverted millions of the organization’s funds and accepted inappropriate gifts to subsidize their lavish lifestyles.

Cotton, a LaPierre loyalist, was chairman of the NRA Audit Committee when James made her allegations.

Last week, outgoing board member Roscoe Marshall asked to intervene in James’ suit, which seeks to break up the organization, asking the court to appoint a temporary receive and install completely new leadership.