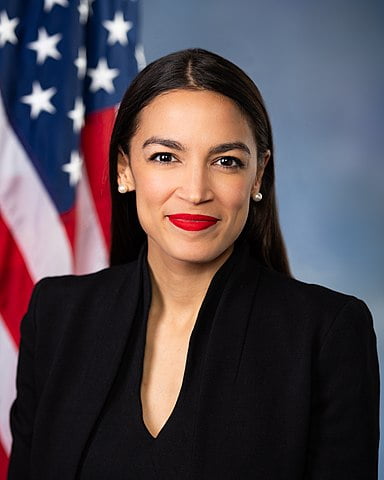 Lawyers lie about everything and so it should come as no surprise that they lie about the Second Amendment as well, and they lie regardless of which side of the lawsuit they are on.

Unfortunately, the Conservative and Libertarian press has been all too willing to help them spread their lies.

The most recent example of this that has come to my attention is an article posted at Reason.com by lawyer David Kopel. Kopel is reported to be, “research director of the Independence Institute, an associate policy analyst at the Cato Institute, adjunct professor of advanced constitutional law at Denver University, Sturm College of Law and contributes to the Volokh Conspiracy legal blog. Previously he was adjunct professor of law, New York University, and former assistant attorney general for Colorado.

David Kopel is also a liar.

Kopel recently published an article as part of the “Volokh Conspiracy” at Reason.com. The Volokh Conspiracy used to be published at the left-wing Washington Post. It is unclear to me why it transitioned to Reason.com, but nevertheless, that is where it now resides today. If I were the publisher at Reason.com, I would throw their collective leftwing arse out onto the street and caution them never to darken my doorstep again.

Almost without exception, the lawyers who publish articles as part of the Volokh Conspiracy are obvious leftwing nut-jobs. A couple of members of “The Conspiracy” claim to be conservatives and yet they take not only leftwing positions in their articles, but they also take far leftwing positions one would expect to hear coming out of Alexandria Ocasio-Cortez’s horse-like mouth.

David Kopels’ article at Reason.com came out of his other end.

Here is what I posted in response to his article, in full:

According to the author of this drivel of an article, “The Heller case cited five antebellum state supreme court cases concealed carry laws. Only one of them asserted that concealed carry was outside the right to bear arms. The main line of the cases indicate (sic) that concealed carry can be banned as long as open carry is allowed. Or vice versa.”

Let’s take a look at those five cases:

Much of the opinion is devoted to deciding whether or not the Court could or should overturn an act of the legislature.

In short, concealed carry was a government-created right.

The Heller and McDonald opinions held that the right to Open Carry is a fundamental right that exists independently of the Constitution.

The Chandler opinion said, which you should recognize if you ever read the Heller opinion given that the majority opinion said that it and Nunn perfectly capture the meaning of the right to keep and bear arms:

“The act of the 25th of March, 1813, makes it a misdemeanor to be “found with a concealed weapon, such as a dirk, dagger, knife, pistol, or any other deadly weapon concealed in his bosom, coat, or any other place about him, that does not appear in full view.” This law became absolutely necessary to (p.490)counteract a vicious state of society, growing out of the habit of carrying concealed weapons, and to prevent bloodshed and assassinations committed upon unsuspecting persons. It interfered with no man’s right to carry arms (to use its words) “in full open view,” which places men upon an equality. This is the right guaranteed by the Constitution of the United States, and which is calculated to incite men to a manly and noble defence of themselves, if neccessary, and of their country, without any tendency to secret advantages and unmanly assassinations.”

Kopel did not invent the snake oil he is peddling. Way back in 2012, the 2nd Circuit Court of Appeals wasn’t buying it from the SAF lawyers.

“Notably, Chandler and Reid conflict with Plaintiffs’ position, at least in part. Plaintiffs contend that a state may choose to ban open carrying so long as concealed carrying is permitted. But both Chandler and Reid suggest that open carrying must be permitted. The Reid court explained: Under the provision of our constitution, we incline to the opinion that the Legislature cannot inhibit the citizen from bearing arms openly, because it authorizes him to bear them for the purposes of defending himself and the State, and it is only when carried openly, that they can be efficiently used for defence.” Kachalsky v. Cnty. of Westchester, 701 F.3d 81, 90 n.13 (2d Cir. 2012)

The Wrenn opinion said that Heller’s citation to Chandler shields the right to Open Carry.

The Nunn opinion likewise said that concealed carry is evil.

“We are of the opinion, then, that so far as the act of 1837 seeks to suppress the practice of carrying certain weapons secretly, that it is valid, inasmuch as it does not deprive the citizen of his natural right of self-defence, or of his constitutional right to keep and bear arms. But that so much of it, as contains a prohibition against bearing arms openly, is in conflict with the Constitution, and void … “

This is what the Heller opinion had to say, “In Andrews v. State, the Tennessee Supreme Court likewise held that a statute that forbade openly carrying a pistol “publicly or privately, without regard to time or place, or circumstances,” 50 Tenn., at 187, violated the state constitutional provision (which the court equated with the Second Amendment). That was so even though the statute did not restrict the carrying of long guns.”

The Andrews opinion said, “[W]e would hold, that the rifle of all descriptions, the shot gun, the musket, and repeater, are such arms; and that under the Constitution the right to keep such arms, can not be infringed or forbidden by the Legislature.

The opinion, having held that long guns are absolutely protected arms, then turned to the question of concealable arms. It said, “As to arms worn, or which are carried about the person, not being such arms as we have indicated as arms that may be kept and used, the wearing of such arms may be prohibited if the Legislature deems proper, absolutely, at all times, and under all circumstances.”

After upholding the prohibition on the possession and carrying of concealable handguns and concealable arms, the opinion made an exception for large, military handguns (revolvers) useful for soldiers to bear.

“We hold, then, that the Act of the Legislature in question, so far as it prohibits the citizen “either publicly or privately to carry a dirk, sword cane, Spanish stiletto, belt or pocket pistol,” is constitutional. As to the pistol designated as a revolver, we hold this may or may not be such a weapon as is adapted to the usual equipment of the soldier, or the use of which may render him more efficient as such, and therefore hold this to be a matter to be settled by evidence as to what character of weapon is included in the designation “revolver.” We know there is a pistol of that name which is not adapted to the equipment of the soldier, yet we also know that the pistol known as the repeater is a soldier’s weapon-skill in the use of which will add to the efficiency of the soldier. If such is the character of the weapon here designated, then the prohibition of the statute is too broad to be allowed to stand, consistently with the views herein expressed.”

This article exemplifies one of the reasons why I hold concealed carriers in such contempt. Not only do you think not getting caught in a lie is the same thing as telling the truth, but you also lie even when you would profit by telling the truth.

I will here add a postscript.

On November 3rd, the United States Supreme Court will hear oral argument in the case of NYSRPA v. Bruen, a concealed carry case out of New York. SCOTUS appears to be holding two other cases, a handgun Open Carry case out of Hawaii, and a magazine ban out of New Jersey. Because of an inexplicable blunder made by the New York government attorneys, the justices can, if they wish to, go beyond the narrow concealed carry question the justices rewrote when they granted the cert petition to the broader question of whether or not, and to what extent, the Second Amendment right exists outside of one’s home.