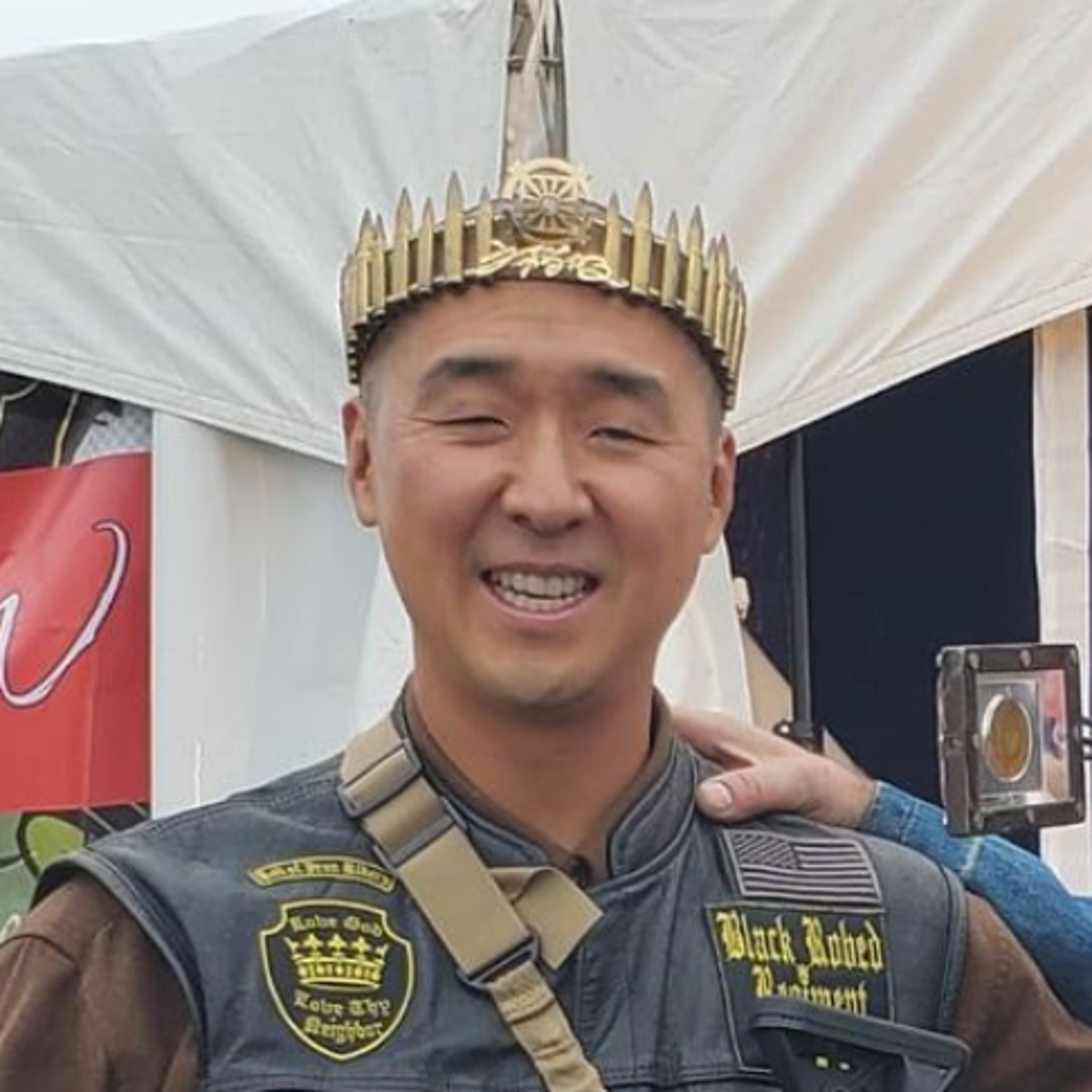 A pro-Trump religious sect that embraces AR15s in ceremonies has purchased a 130-acre property in Tennessee as a holy retreat and training centre.

The Rod of Iron Ministries, also known as The World of Peace and Unification Sanctuary, is run by Pastor Hyung Jin “Sean” Moon, a conspiracy theorist who proclaims that his followers are at war with the “deep state”.

The group has a growing following among MAGA supporters and Second Amendment devotees, and has attracted Trump allies Steve Bannon and former NRA spokeswoman Dana Loesch to appear at a Freedom Festival last weekend.

Mr Moon’s late father Reverend Sun Myung Moon, who died in 2012, headed the Unification Church cult whose followers were known as the “Moonies”.

VICE News reported that the “church” has purchased a $460,000 property in the mountains of east Tennessee to recreate the Unification Church’s spiritual retreat Cheongpyeong in South Korea.

“As soon as I was in the vicinity of this property, I immediately felt Cheongpyeong,” Mr Moon reportedly said in a broadcast on Rumble.

“Many, many, many busloads of people are going to come to pray there,” Mr Moon said on a recent broadcast, adding that they would perform “ancestor liberation there.”

The Tennessee purchase is part of a rapid expansion project in deep-red states across the US.

In May, the church reportedly purchased a compound in 40 miles from Waco in Texas as a place of refuge.

Mr Moon co-founded the church in Pennsylvania in 2017 after falling out with his mother over who was the rightful heir to his father’s religious empire.

Sean Moon’s brother, Kook-jin “Justin” Moon, is the CEO of Kahr Arms, which manufactures guns and is headquartered near the church’s original base of operations in Pennsylvania

Sean Moon posted videos showing himself and Justin Moon outside the US Capitol during the 6 January riot, and both have become fervent supporters of Donald Trump.

The Independent has approached Rod Iron Ministries for comment.

What do the Rod of Iron Ministries believe?

While the younger Moon embraced and included Moonie ideology in his Sanctuary Church, what makes the group notable is its focus on firearms as objects of worship.

Sean Moon claims his inclusion of AR-15s into his church’s worship ceremonies is Biblically based, citing a passage in the Book of Revelation that speaks of Jesus using a “rod of iron” to assert his authority during the End Times. Traditional readings of the verses interpret the “rod of iron” to be a shepherd’s staff, which was a symbol of authority, particularly when in reference to Jesus.

Under Sean Moon’s reading, the rod of iron was not a sceptre or staff, but an American-made AR-15.

He refers to himself as a “King” in sermons.