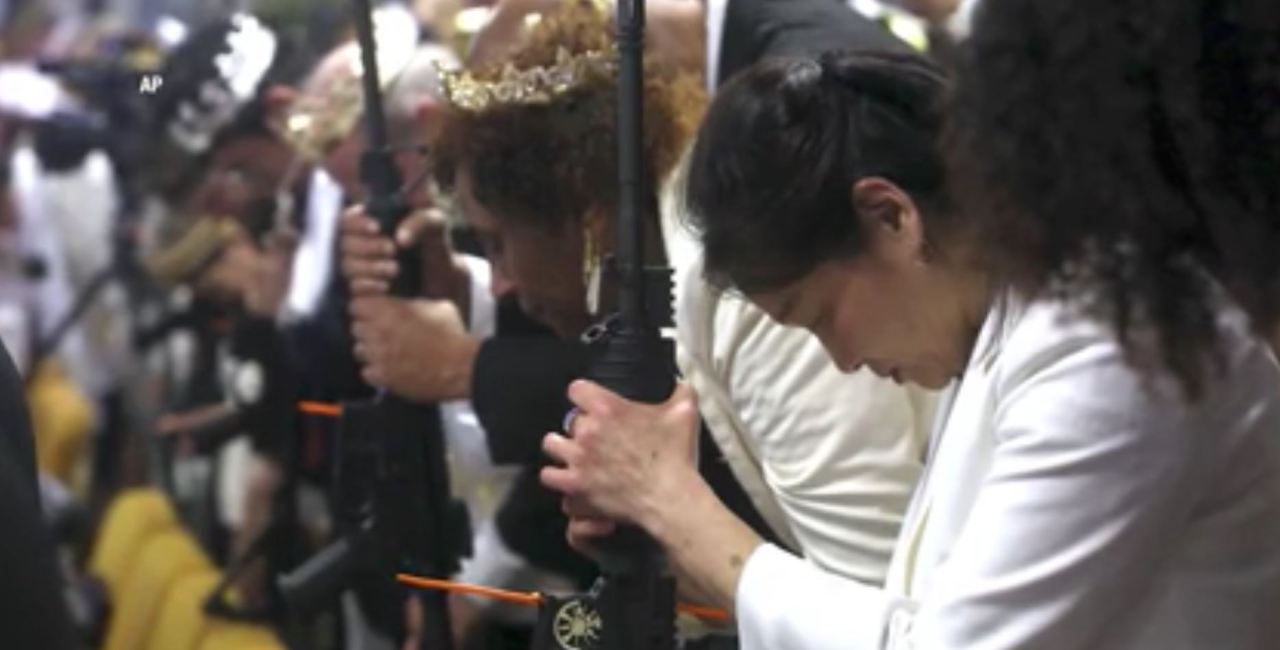 GRAINGER COUNTY, Tenn. (WATE) — A church that has made national headlines for its advocacy of the Second Amendment is coming to East Tennessee.

For Rod of Iron Ministries, having a rifle is an article of faith — you may have heard about them from their leader wearing a crown of bullets, or from members carrying guns during church services.

The group has purchased more than 100 acres in Grainger County, WATE 6 On Your Side spoke with an administrator with the church on their plans for the area and controversial beliefs.

A farm, trails and a natural water source are features that will appear for the future site of Rod of Iron Ministries.

The church is led by Pastor Hyung Jin Moon and is a sect of the Unification Church founded by Moon’s father. Abuse allegations have come out against his father’s church stemming from intensive workshops.

A lot can happen after breakfast. Sign up for midmorning newsletter

Church administrator Gregg Noll said the conservative values of Tennessee drew the group here and the natural beauty is what sold them. The church bought 130 acres for $460,000, according to a document showing the purchase of the land WATE obtained.

“We are big believers in the Second Amendment and how it relates to national security, family security, individual personal securities,” Noll said. “So we’re unique in that way, that as a church, we really promote the use of as a means of self-defense only, obviously, never any other purpose except life and death self-defense.”

He added they also believe in protection through martial arts, the church website says the pastor has a black belt in Brazilian Jiu-Jitsu.

STAY INFORMED: Download: the WATE 6 On Your Side News and Weather Apps

The group just wrapped up its Freedom Festival, GOP candidates and NRA leaders spoke at the event. The church’s website links to many known conspiracy sites. The pastor and other leaders were reportedly at the Jan. 6 insurrection at the U.S. Capitol. Ultimately, Noll calls the religious organization peaceful.