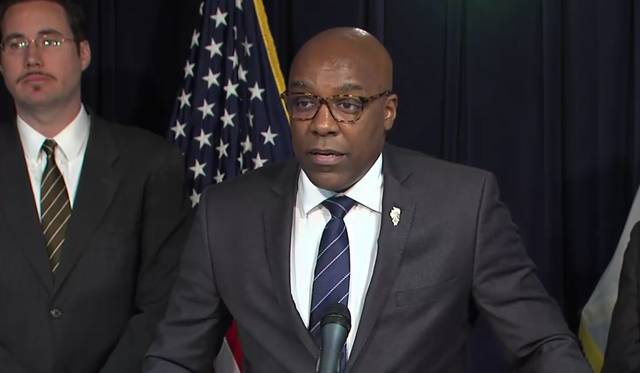 On Tuesday, Illinois Attorney General Kwame Raoul joined a coalition of 20 attorneys general in defending a Florida law limiting the sale of firearms to people ages 21 and up.

In an amicus brief filed in the U.S. Court of Appeals for the 11th Circuit, Raoul and the coalition argue that states have the right to enact reasonable, age-based firearm regulations that protect public safety and reduce the prevalence of gun violence.

Illinois currently has legislation limiting the possession of firearms to those 18 and older, and it is illegal to knowingly transfer ownership of a gun to anyone 18 or younger. Illinois also prohibits any person from knowingly transferring a firearm to any person who does not hold a FOID card and to obtain a FOID card, an individual must be over the age of 21 or have the written consent of his or her parent or legal guardian, who must not be prohibited from obtaining a FOID card themselves.

Raoul and the coalition filed the brief in National Rifle Association v. Commissioner, Florida Department of Law Enforcement. The lawsuit challenges a provision of the Marjory Stoneman Douglas High School Public Safety Act that generally prohibits the purchase of firearms by individuals under the age of 21.

The plaintiffs in the lawsuit claim that the law infringes upon the Second Amendment rights of young people. A lower court in this case rejected that argument, holding that laws regulating the sale of firearms to young people are longstanding and constitutional.

“Florida’s Marjory Stoneman Douglas High School Public Safety Act bears the name of a tragedy that may have been prevented by commonsense age-based restrictions on the sale of firearms,” Raoul said in a statement. “I am committed to defending the ability of states to create regulations that help enhance public safety and protect communities from gun violence by preventing dangerous firearms from getting into the hands of those who will not use them responsibly.”

In the brief, Raoul and the coalition argue that the Second Amendment gives states the ability to enact sensible regulations designed to protect the public, including age-based restrictions that limit the ability of people younger than 21 to purchase firearms.

Although regulations differ based on each state’s needs, virtually every state and the District of Columbia has imposed some age-based restrictions on the sale or use of firearms, and at least 19 states and the District of Columbia have enacted a minimum age requirement of 21 for the sale or possession of certain categories of firearms. Similarly, courts across the country have consistently upheld age-based regulations, noting that the goal of these regulations is to deter crime and promote public safety.