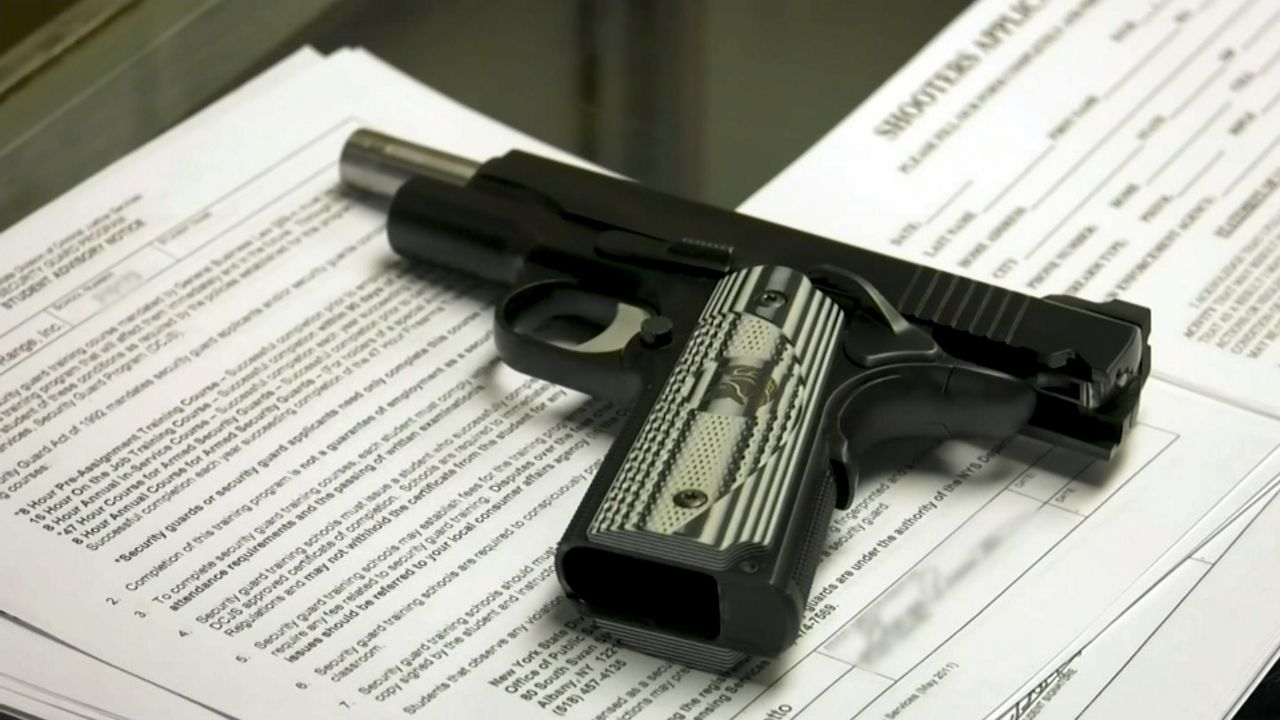 NEW YORK — New York is known for having very strict gun laws, but are they too restrictive? The U.S. Supreme Court  is holding a hearing on that issue Wednesday as two upstate men are suing to be able to legally carry concealed firearms on the street.

They argue if a person can get a permit or license to keep a gun inside their home to protect family and property, they should also be able to get a license to carry that gun outside for self protection.

In most cases, a legal gun owner cannot take their weapon into public.

Two men from Rensselaer County who were denied a concealed weapon permit, along with the New York State Rifle and Pistol Association, are suing the state.

They argue the Second Amendment right to bear arms should also grant them the right to carry a gun in public where a violent confrontation with a stranger could occur. That includes in subways, airports, bars, churches, schools and other places where people gather.

A minority of states including New York require individuals to prove they have a special need to carry a gun in public for self protection.

Earlier this year, the New York Rifle & Pistol Association – an affiliate of the NRA – called that unconstitutional.

“We decided that we were going to try to change that and make sure that New York state residents who want a pistol permit or a concealed carry permit are given the same protections under the law that everybody else in the other 42 states are given,” said New York Rifle & Pistol Association President Tom King.

State Attorney General Letitia James is representing New York in the case and says it’s a matter of public safety that the restrictive law stays in place when it comes to issuing concealed carry permits.

It’s been more than a decade since the United States Supreme Court has reviewed a Second Amendment case that could change gun rights laws in the country.

During his campaign leading up to his victory for mayor, Eric Adams said people should not be able to carry legal guns in public.

“I think we have some of the best and some of the strongest gun laws in the country,” said Adams. “New York has done a great job of making sure we balance the right to have a firearm. I think the Supreme Court is moving in the wrong direction and I don’t support that at all.”

With the nation’s highest court now having a 6-3 majority of conservative justices over liberals, some say there’s a possibility New York’s strict gun law on concealed weapons could be shot down and deemed unconstitutional.