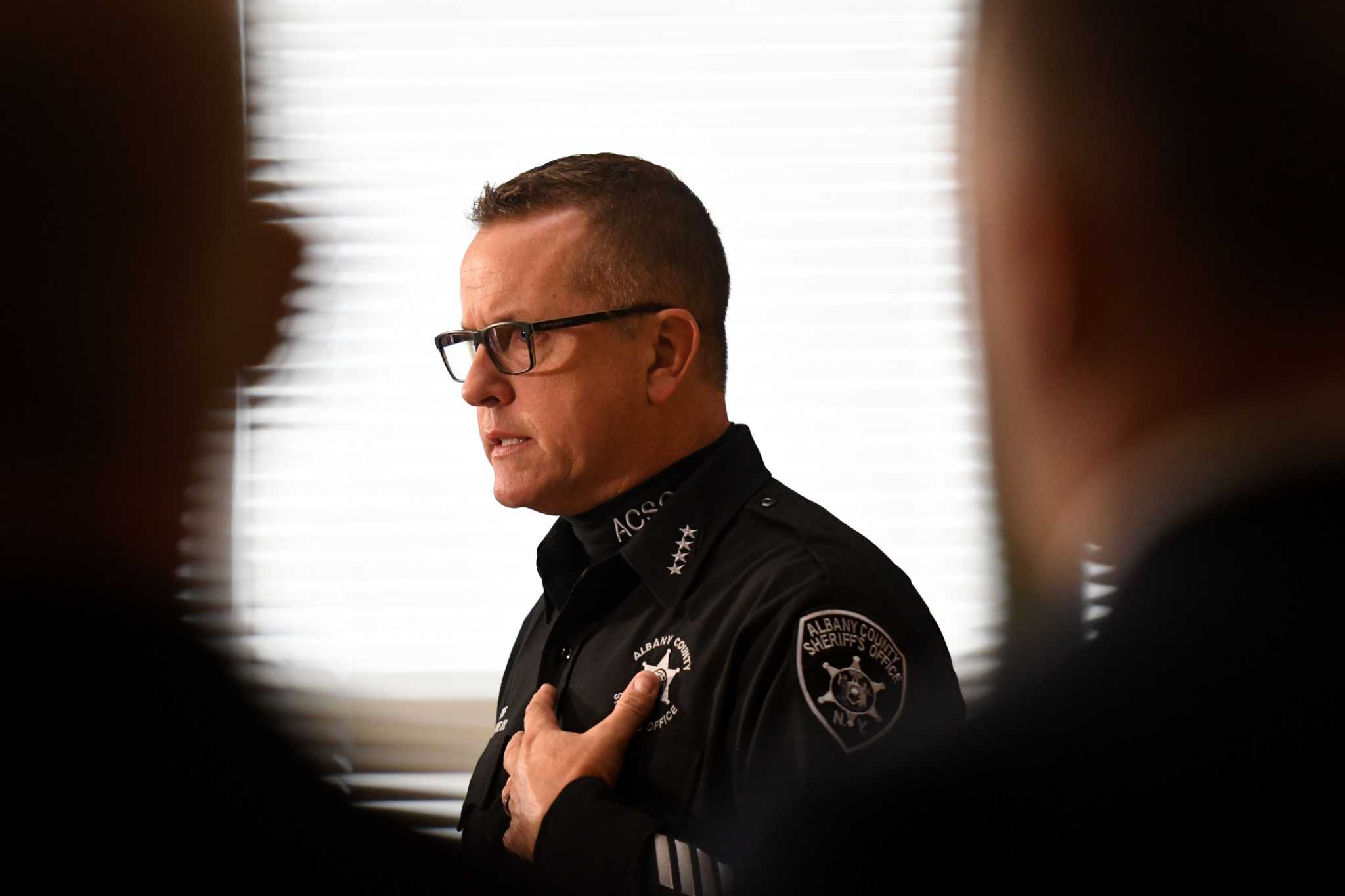 ALBANY — A spokesman for Andrew Cuomo labeled him a “cowboy sheriff.” George Stephanopoulos said he was a “lone ranger.” Others are calling Albany County Sheriff Craig Apple much worse.

I suggested to Apple that “The Cowboy Sheriff,” at least, is kind of a cool nickname — somebody buy him a white hat — but you’ll understand if he’s not in the mood for jokes, not when his integrity, decency and competence are being attacked on a national stage.

The reason for the onslaught, of course, is the criminal complaint filed against Cuomo accusing the former governor of misdemeanor forcible touching for the alleged groping of Brittany Commisso at the Executive Mansion. The complaint, apparently filed prematurely, was quickly engulfed in a swirl of confusion and controversy.

Things got more complicated — and potentially worse for Apple — on Thursday, when Albany County District Attorney David Soares filed a letter in City Court calling the criminal complaint “potentially defective” and alleging it was submitted “unilaterally and inexplicably.” Soares even suggested, as he asked for a 60-day arraignment adjournment, that Apple had excluded potentially exculpatory evidence.

Oh, boy. This is going to get messy. Well, messier.

Soares and Apple, each with their own investigations into Commisso’s allegation, are not on the same page, clearly, and the drama around this case seems likely to make Albany County look like a backwater. (Hey now, I know what you’re thinking.)

More importantly, the drama is providing the Cuomo team with an easy attack on the credibility of the Commisso allegation and its investigators, Apple especially. Yes, Cuomo and friends would have attacked no matter what, but the confusion plays into their hands.

“Sheriff Apple, who has been a political opponent of the governor’s since the passage of the SAFE Act, is seeking headlines and not justice,” said Rich Azzopardi, a Cuomo spokesman who in written statements described Apple as a cowboy conducting a rogue investigation.

That seems an attempt to paint Apple as a Republican yahoo from the sticks, but that’s misleading, of course. Apple is a Democrat from a significantly urban county that’s blue as the Mediterranean, and he has long been apolitical and uncontroversial, helping to make him one of this region’s more popular elected officials.

Regarding the SAFE Act, the controversial gun control measure, Apple hasn’t exactly been a rabid opponent. In fact, he was one of the law enforcement officials who gathered with Cuomo as the then-governor signed the legislation, though he would later question some aspects of the law.

Nevertheless, Team Cuomo is also alleging that Apple, of all people, is aiming to boost Attorney General Letitia James’ political ambitions, a conspiracy bolstered when James foolishly announced her candidacy for governor quickly after the criminal complaint was filed.

“These political bedfellows,” claimed a Team Cuomo statement, “are abusing their office and putting their agenda over their ethical and constitutional duty.”

Political bedfellows? Apple and James? Does anybody else see logical inconsistency here?

We’re meant to believe Apple is furious to the point of revenge over the SAFE ACT, and is therefore teaming with a progressive advocate of gun control who, before her investigation into nursing home pandemic deaths and sexual harassment allegations against Cuomo, was most famous for targeting the National Rifle Association? Yeah, sure, that makes sense.

But for Cuomo, logic isn’t the goal. If the former governor throws enough conspiracies at a wall, one or two may stick enough to confuse everybody. And the Democrat has an $18 million war chest available for mucking up the water.

That’s why it’s unfortunate the back-and-forth between Apple and Soares is also creating confusion. The district attorney’s letter even said Apple’s complaint was rendered defective because it failed to include a sworn statement from Commisso. The DA might as well have called the sheriff incompetent. What’s going on?

In response, Apple told my colleague Brendan Lyons that he had followed necessary procedures and that his office did everything it was supposed to. That echoed some of what Apple told me when we spoke Thursday, ahead of the Soares filing.

“I feel like we’re handing him a very good case,” Apple said, referring to the district attorney. And Commisso, the sheriff said, “is 100 percent cooperative. She is very concerned about seeking justice.”

But justice might be threatened by whatever is happening between Apple and Soares.