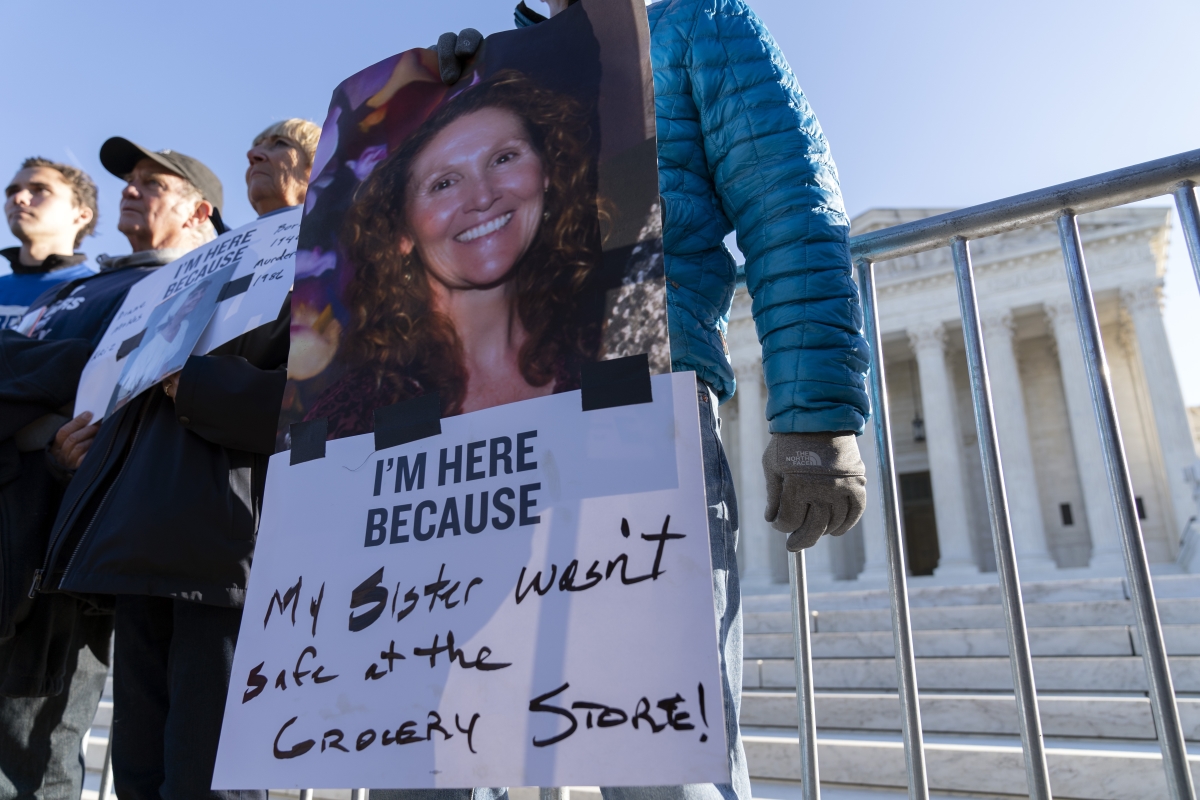 The BDN Opinion section operates independently and does not set newsroom policies or contribute to reporting or editing articles elsewhere in the newspaper or on bangordailynews.com.

Griffin Dix is co-chair of the Brady Campaign to End Gun Violence chapter in Oakland, California. His son was shot and killed in 1994. This column was produced for The Progressive magazine and distributed by Tribune News Service.

On Nov. 3, the U.S. Supreme Court heard the most significant firearms case in more than a decade. And it looks like it will rule in a way that ensures more deaths due to gun violence.

The court’s conservative majority seemed inclined to deny most restrictions. Asked Justice Brett Kavanaugh, “Why isn’t it good enough to say ‘I live in a violent area and I want to defend myself?’” And Justice Samuel Alito wondered why only “celebrities, state judges and retired police officers” are allowed to carry concealed guns.

Currently, to get a license to carry in New York state, people must demonstrate a special need to defend themselves, such as being the target of recurring threats. Six other states, with about one-quarter of the U.S. population, have laws like New York’s, and many cities do as well. If the Supreme Court rules against licensing laws like New York’s, anyone who legally owns a gun might be able to carry it in public.

Despite this data, the NRA and its affiliate want to have more people carrying guns in public places.

The Second Amendment reads: “A well regulated Militia, being necessary to the security of a free State, the right of the people to keep and bear Arms, shall not be infringed.” Consequently, in its unanimous 1939 United States v. Miller decision, the Supreme Court said the “obvious purpose” of the Second Amendment was to “render possible the effectiveness” of well-regulated state militia forces, and that the amendment “must be interpreted and applied with that end in view.” The decisive weight was on the “well regulated Militia” language in the text.

But the 2008 Heller and subsequent McDonald Supreme Court decisions re-interpreted the Second Amendment for the first time as an individual right to keep a handgun for defense of “home and hearth.”

Now, in this latest case, the court could extend the supposed Second Amendment individual right far beyond the home, and forbid the states from requiring gun owners to obtain a license to carry a gun in public places.

Will the Supreme Court forbid states and cities from passing laws in response to local constituencies and local conditions? Let’s hope not.