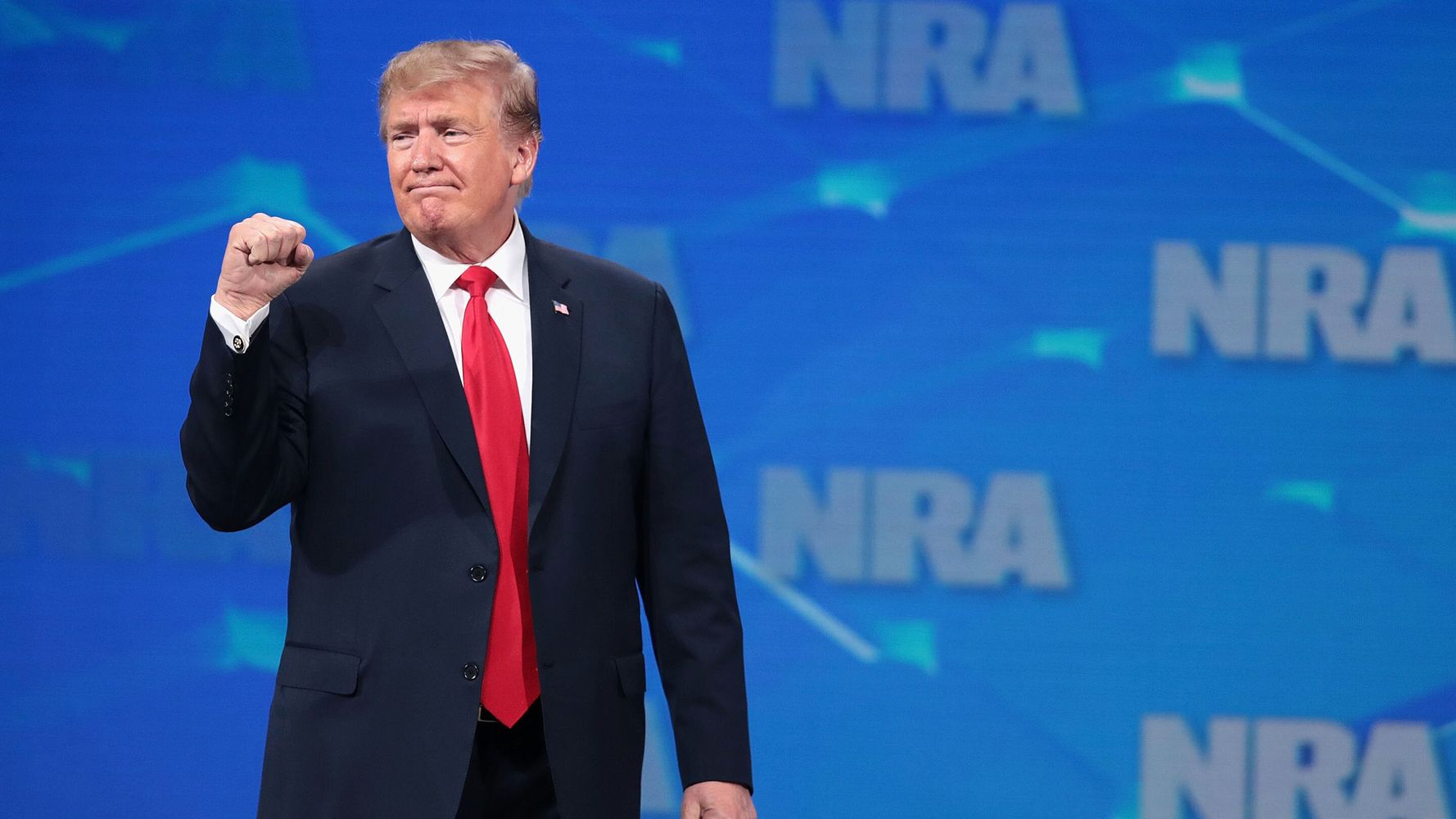 Ben Cassidy, a high-ranking Interior Department official in the Trump administration, repeatedly violated ethics rules by communicating with and directly participating in matters that involved his longtime former employer, the National Rifle Association, the department’s internal watchdog concluded in a new report.

The report from Interior’s Office of Inspector General does not identify the official by name, referring simply to a “senior political employee.” But its details, while vague, leave no doubt that the employee in question is Cassidy, who left a high-paying lobbying gig at the NRA in 2017 for a powerful post in then-President Donald Trump’s administration.

As investigators detail in the report, Cassidy communicated frequently throughout the fall of 2017 with a former NRA colleague and participated in the selection of members for a pair of Interior advisory councils. An NRA representative was ultimately chosen for both boards.

The inspector general found those activities violated Trump’s 2017 “drain the swamp” ethics order, which among other things barred executive branch appointees from participating “in any particular matter involving specific parties that is directly and substantially related to my former employer or former clients” for two years. (Trump revoked the order the day before he left office, allowing members of his administration to immediately resume lobbying.)

Thursday’s report comes an astonishing four years after Cassidy’s misconduct, and more than two and a half years after Interior’s watchdog opened an ethics probe into alleged violations by Cassidy and five other Trump-era Interior officials who maintained close ties to former employers. A few months after Cassidy got wrapped up in the investigation, he left his position as the Interior Department’s senior deputy director of intergovernmental and external affairs to join Safari Club International, a Washington-based trophy hunting advocacy group that, like the NRA, had close ties to the Trump administration.

HuffPost first reported in 2018 that Cassidy played a sizable role in getting then-Interior Secretary Ryan Zinke’s controversial International Wildlife Conservation Council off the ground, serving as a point person for the board’s 16 members during a two-day visit to Washington. The council was stacked with gun and trophy hunting advocates, including Cassidy’s former colleague Erica Rhoad, the director of hunting policy at the NRA. Chris Cox, executive director of NRA’s Institute for Legislative Action, was later appointed to a separate committee called the Hunting and Shooting Sports Conservation Council.

Freelance reporter Jimmy Tobias later unearthed emails showing the extent to which Cassidy provided the gun lobby access to the federal agency. In a January 2020 report in The Guardian, Tobias detailed how Cassidy fielded council nominees from Rhoad and communicated regularly with Susan Recce, director of the NRA’s conservation, wildlife and natural resources program, on topics that included agency proposals to restrict recreational shooting on public lands in Arizona and Utah.

The inspector general’s report includes a tick-tock of Cassidy’s email communications with Recce, which Tobias obtained only after suing Interior under the Freedom of Information Act. Tobias shared the documents with HuffPost.

“Hi Susan! Hope you are great!” Cassidy wrote in an October 2017 email.“Do you have a quick moment to hop on the phone and discuss recreational shooting in the sonoran desert?”

“I am so happy for you,” Recce responded. “I think you will find the experience very rewarding.” Recce attached a comment letter that NRA submitted earlier that year recommending more of Arizona’s Sonoran Desert National Monument remain open to recreational shooting.

“Thank you so much, Susan!,” Cassidy replied. “It has already been an incredible experience coming on board.”

He added: “Thank you for sharing. I look forward to working with you in my new capacity!”

Here’s how the inspector general’s report summarizes that 2017 exchange:

The inspector general’s office interviewed Cassidy as part of its investigation. He claimed that after an initial ethics training it was his understanding that “communications with a former employer were allowed as long as at least five or more organizations were part of the conversation,” the report noted.

But many of Cassidy’s emails with Recce were one on one.

An Interior ethics attorney told investigators that they did not recall Cassidy asking for approval to communicate with former colleagues. If he had, “it would have been — an easy question to answer,” the attorney told Interior’s watchdog, repeating the requirement for five or more organizations to be part of any conversation.

The report found that while Cassidy met with agency ethics officials several times shortly after his appointment to discuss matters he was recused from working on, he did not receive formal ethics guidance until Spring 2019, well after the misconduct occurred.

It is unclear why it took Interior’s 300-employee Office of Inspector General took so long to produce the report, why it does not name Cassidy or why it limited the scope of its investigation to violations of the ethics pledge, rather than also probing whether Cassidy broke federal ethics rules.

The Office of Inspector General did not immediately respond to HuffPost’s request for comment Thursday.

The report itself is of no consequence. As with other ethics probes, the inspector general simply forwarded its findings to the Interior Department’s Office of the Secretary for review and possible action.

The secretary’s office did not immediately respond Thursday.

Under Trump, the Interior Department was plagued by scandal. Cassidy joins several other top department officials found to have violated ethics rules, with little or no consequences. And Trump’s first interior secretary, Ryan Zinke, resigned amid numerous investigations into his conduct.

Aaron Weiss, deputy director of conservation group Center for Western Priorities, said the report is “more proof that blatant corruption was a feature, not a bug” under Zinke and Trump’s second interior secretary David Bernhardt.

“Doing favors for old buddies was expected and encouraged,” Weiss said via email. “It’s unfortunate that this report, which mostly regurgitates reporting from years ago, took so long to release. Ethics pledges are only meaningful if there are consequences for breaking them.”