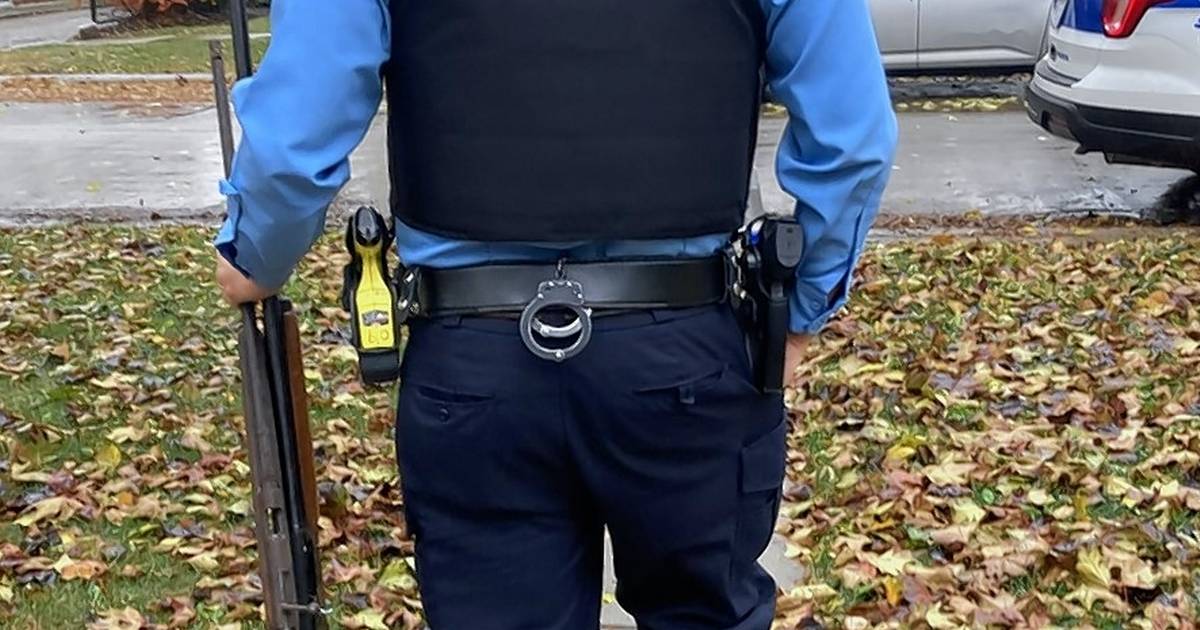 As a longtime advocate of gun-free homes, I find myself in a predicament Wednesday that has me driving to Des Plaines and packing heat.

My gun is a Remington 11-48 semi-automatic 12-gauge shotgun, which was made in the 1960s and would blow your head clean off.

My dad, who was not a hunter, won the shotgun in a Lions Club raffle simply because he was club president and bought all the tickets that he didn’t want to harass his friends to buy.

Under my dad’s supervision, I shot it once at age 12, on the night before my first and last hunting adventure. The shotgun was heavier than I expected, louder than I expected, and delivered a ferocious kick to my shoulder in a display of power that my dad had warned me about. I understood the risk and responsibility. So much so that when I trudged through the corn stubble with a group of men early the next morning to hunt pheasants, I never moved the gun from my shoulder.

My dad, worried that my brother, Bill, or I would get into trouble with the shotgun, kept the unloaded gun in the closet and refused to buy any shells for it. Once, when a rabid raccoon stumbled near our front door, he told us to wait inside while he drove a mile to the neighbor’s farm to borrow a shotgun shell. When his shot merely stirred up the gravel next to the raccoon, Dad had to drive back to the neighbor’s to get another shell.

That Remington shotgun, a civilian version of a gun used during World War II, was marketed as a hunting weapon. But shotguns have been used in grisly slayings, from the infamous 1980 murders of Bruce and Darlene Rouse in Libertyville to the 2020 killing of Ahmaud Arbery, a 25-year-old unarmed Black jogger who was shot to death with a newer-model 12-gauge Remington shotgun by three white men currently on trial in Georgia.

After my mom died in November 2019, I found the unloaded shotgun and my grandfather’s .22-caliber rifle still in a closet in the house where I grew up. Worried that they could be found by somebody else, I renewed my Firearm Owner’s Identification card and took them with me. I originally obtained my FOID years ago when my virulent anti-gun columns inspired a couple of NRA members to take me to a shooting range, where they impressed me with their calm demeanor, attention to safety and appreciation for the law, and I impressed them with some surprisingly good marksmanship.

But I don’t want any guns, even those with no ammunition and a long history of idleness, in my home. So I fill out an online form at Maxon Shooter’s Supplies and Indoor Range in Des Plaines, where I have gone before to get quotes for my columns, to see what my gun’s worth. An online search said the average resale price is about $550. “Whether you are just wanting to get rid of something you never shoot anymore, or are looking to upgrade to something better that you really want, we’ve got you covered,” the website says, offering me a better deal on a trade-in. I clearly really don’t want a new gun, and I immediately regret the temptation to sell an old one just to make some money.

Maxon’s appraiser says my shotgun, which has no real sentimental value to me, has too much rust and too many scratches to meet their minimum $400 value to resell, which is music to my ears and removes the chance to make a decision I’d regret. Selling the weapon, even to a responsible gun owner, still leaves a gun in circulation.

Some people say that when the Civil War starts between Republicans and Democrats, Biden supporters and Trump supporters, or Black Lives Matter and White Power forces, we liberals might want a shotgun. But I have more faith in America than that. I call my local police, and a pair of officers come Wednesday afternoon to retrieve both my weapons.

After the guns sit in storage for two years, they will be destroyed, and my conscience will be clean. Provided the serial numbers don’t show those guns were used in crimes during the previous millennium.

Letters: Great to see students honored at UH game; Investigate state’s role in Kalua placement; We don’t want wannabe cops enforcing the law
Kyle Rittenhouse’s not guilty verdict gives protesters a new threat to worry about
The NRA may win this long gun game even if it seems to be in a terrible strait
The ADF is properly in our gun sights, work will be done
Rittenhouse verdict in line with nation’s diminishing gun laws—a future that frightens activists