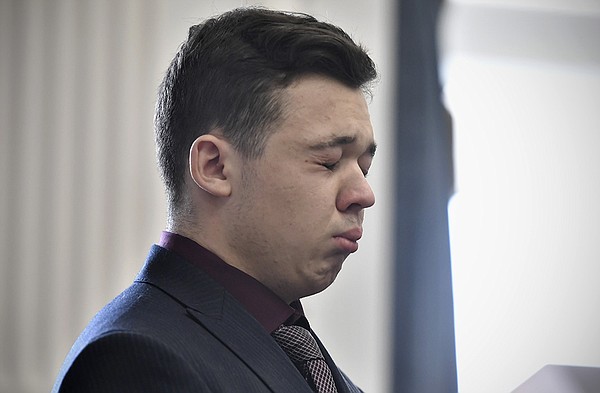 KENOSHA, Wis. — Kyle Rittenhouse was acquitted of all charges Friday after pleading self-defense in deadly Kenosha shootings that became a flashpoint in the debate over guns, vigilantism and racial injustice in the U.S.

Rittenhouse, 18, began to choke up, fell forward toward the defense table and then hugged one of his attorneys as he heard a court clerk recite “not guilty” five times on five charges. A sheriff’s deputy then whisked him out a back door.

“He wants to get on with his life,” defense attorney Mark Richards said. “He has a huge sense of relief for what the jury did to him today. He wishes none of this ever happened. But as he said when he testified, he did not start this.”

The verdict in the politically combustible case was met with anger and disappointment from those who saw Rittenhouse as a vigilante and a wannabe police officer, and with relief and a sense of vindication from those who regarded him as a patriot who took a stand against lawlessness and exercised his Second Amendment right to carry a gun and defend himself.

The Rev. Jesse Jackson, the longtime civil rights leader, said the verdict throws into doubt the safety of people who protest in support of Black Americans.

“It seems to me that it’s open season on human rights demonstrators,” he said.

Rittenhouse was charged with homicide, attempted homicide and reckless endangering in the deaths of two men and the wounding of a third with an AR-style semi-automatic rifle in the summer of 2020 during a tumultuous night of protests over the shooting of a Black man, Jacob Blake, by a white Kenosha police officer.

[Video not showing up above? Click here to watch » arkansasonline.com/1120verdict/]

Rittenhouse, then 17 and a former police youth cadet, said he went to Kenosha to protect property from rioters but he came under attack and feared for his life. He is white, as were those he shot.

The anonymous jury, whose racial makeup was not disclosed by the court but appeared to be overwhelmingly white, deliberated for close to 3½ days.

President Joe Biden called for calm, saying that while the outcome of the case “will leave many Americans feeling angry and concerned, myself included, we must acknowledge that the jury has spoken.”

Rittenhouse could have gotten life in prison if found guilty on the most serious charge, first-degree intentional homicide, or what some other states call first-degree murder. Two other charges each carried more than 60 years behind bars.

Kenosha County District Attorney Michael Graveley said his office respects the jury’s decision, and he asked the public to “accept the verdicts peacefully and not resort to violence.”

Democratic Gov. Tony Evers announced that 500 National Guard members stood ready in case of trouble. But hours after the jury returned its verdict, there were no signs of any major protests or unrest in Kenosha.

As he released the jurors, Circuit Judge Bruce Schroeder assured them that the court would take “every measure” to keep them safe.

Wisconsin Lt. Gov. Mandela Barnes, who is Black and a Democratic candidate for U.S. Senate, denounced the outcome. He, like many civil rights activists, saw a racial double standard at work in the case.

“Over the last few weeks, many dreaded the outcome we just witnessed,” Barnes said. “The presumption of innocence until proven guilty is what we should expect from our judicial system, but that standard is not always applied equally. We have seen so many Black and brown youth killed, only to be put on trial posthumously, while the innocence of Kyle Rittenhouse was virtually demanded by the judge.”

[Video not showing up above? Click here to watch » arkansasonline.com/1120trialreax/]

“I don’t know how they came to the final conclusion that he’s innocent, but this is why African Americans say the whole d*** system is guilty,” said Justin Blake, Jacob Blake’s uncle.

Political figures on the right welcomed the verdict and condemned the case filed against Rittenhouse.

Mark McCloskey, who got in trouble with the law when he and his wife waved a rifle and a handgun at Black Lives Matter protesters marching past his St. Louis home in 2020, said the verdict shows that people have a right to defend themselves from a “mob.” He is now a Republican candidate for U.S. Senate in Missouri.

Fifteen minutes after the verdicts, the National Rifle Association tweeted the text of the Second Amendment.

The case was part of an extraordinary confluence of trials that reflected the deep divide over race in the United States: In Georgia, three white men are on trial in the killing of Ahmaud Arbery, a Black man, while in Virginia a trial is underway in a lawsuit over the deadly white-supremacist rally held in Charlottesville in 2017.

The bloodshed in Kenosha took place during a summer of sometimes-violent protests set off across the U.S. by the killing of George Floyd in Minneapolis and other cases involving police use of force against Black people.

Rittenhouse went to Kenosha from his home in nearby Antioch, Ill., after businesses were ransacked and burned in the nights that followed Blake’s shooting. He joined other armed civilians on the streets, carrying a weapon that authorities said was purchased for him illegally because he was underage.

Then-President Donald Trump said it appeared Rittenhouse had been “very violently attacked.” Supporters donated more than $2 million toward his defense.

“So many people look at this case, and they see what they want to see,” prosecutor Thomas Binger had cautioned jurors before they began deliberating.

Prosecutors portrayed Rittenhouse as a “wannabe soldier” who had gone looking for trouble that night and was responsible for creating a dangerous situation in the first place by pointing his rifle at demonstrators.

But Rittenhouse testified: “I didn’t do anything wrong. I defended myself.”

Breaking into sobs at one point, he told the jury that he opened fire after Rosenbaum chased him and made a grab for his gun. He said he was afraid his rifle was going to be wrested away and used to kill him.

Huber was then killed after hitting Rittenhouse in the head or neck with a skateboard, and Grosskreutz was shot after pointing a gun at Rittenhouse.

There was chaos that night, Binger told the jury in his opening statement, but “the only one who killed anyone,” he said, “was the defendant, Kyle Rittenhouse.”

Defense attorney Richards countered that it was Rosenbaum who “lit the fuse” that night, “trying to take Kyle’s weapon from him to use against him.”

At the heart of the case, though, was a fight over what acts qualify as self-defense. Wisconsin law allows deadly force to be used if a person “reasonably believes that such force is necessary to prevent imminent death or great bodily harm to himself or herself,” and there is no duty to retreat.

Huber’s parents, Karen Bloom and John Huber, said the outcome “sends the unacceptable message that armed civilians can show up in any town, incite violence, and then use the danger they have created to justify shooting people in the street.”

Rittenhouse’s mother, Wendy Rittenhouse, seated near her son on a courtroom bench, gasped in delight, cried and hugged others around her after the verdict was read.

Richards acknowledged that the defense team had been increasingly concerned as deliberations extended into Friday morning, far longer than they had expected. “It was torture,” Richards said of waiting for the verdict.

He credited the outcome in part to the defense’s decision to put Rittenhouse on the stand — a decision he said “wasn’t a close call.” “In Wisconsin, if you don’t put a client on the stand, you’re going to lose. Period,” Richards said.

He pushed back at critics who questioned whether Rittenhouse’s tears during his testimony were “real,” saying his client continues to struggle to talk about the night he shot three men, killing two of them, and that he is in counseling for post-traumatic stress disorder. But Richards dodged a question about whether Rittenhouse feels he would have done anything differently — including whether he regrets going to Kenosha that night.

“He wishes none of this would have ever happened,” Richards said. “But I know Kyle Rittenhouse. And I know how he feels. … [Now] he has to get on with his life the best he can.”

Rittenhouse has enrolled at Arizona State University, where he hopes to study nursing, Hancock told reporters.

“I wish nobody was dead,” Richards added. “I wish I never met Kyle Rittenhouse. And I don’t mean that because it was a bad client. I just mean because then this wouldn’t have happened.”

Going in, many legal experts said they believed the defense had the advantage because of provisions favorable to Rittenhouse in Wisconsin’s self-defense law and video showing him being chased at key moments. Testimony from some of the prosecution’s own witnesses also seemed to buttress his claim of self-defense.

Witnesses described Rosenbaum as “hyperaggressive” and said he dared others to shoot him and threatened to kill Rittenhouse earlier that night. A videographer testified that Rosenbaum lunged for the rifle just before he was shot, and a pathologist said his injuries appeared to indicate his hand was over the barrel.

Also, Rosenbaum’s fiancee disclosed that he was on medication for bipolar disorder and depression. Rittenhouse’s lawyers branded Rosenbaum a “crazy person.”

Rittenhouse had also been charged with possession of a dangerous weapon by a person under 18, a misdemeanor that carries nine months behind bars and appeared likely to lead to a conviction.

But the judge threw out that charge before deliberations after the defense argued that the Wisconsin law did not apply to the long-barreled rifle used by Rittenhouse.

Information for this article was contributed by Michael Tarm, Scott Bauer, Amy Forliti, Tammy Webber and Aaron Morrison of The Associated Press; by Julie Bosman of The New York Times; and by Holly Bailey and Kim Bellware of The Washington Post. 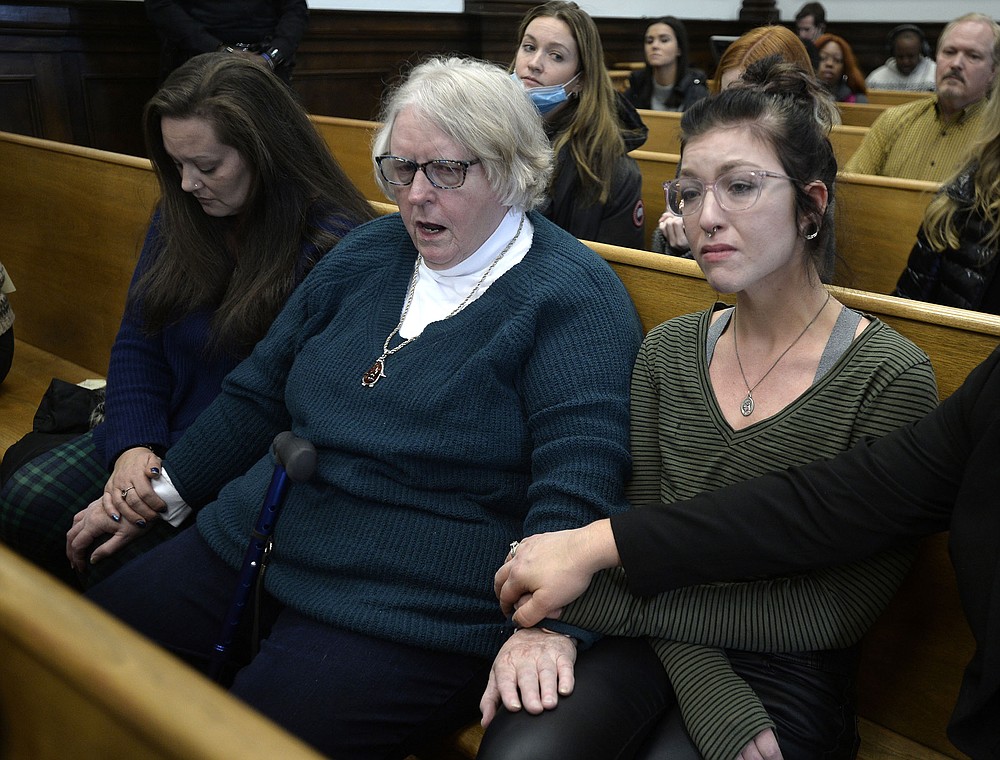 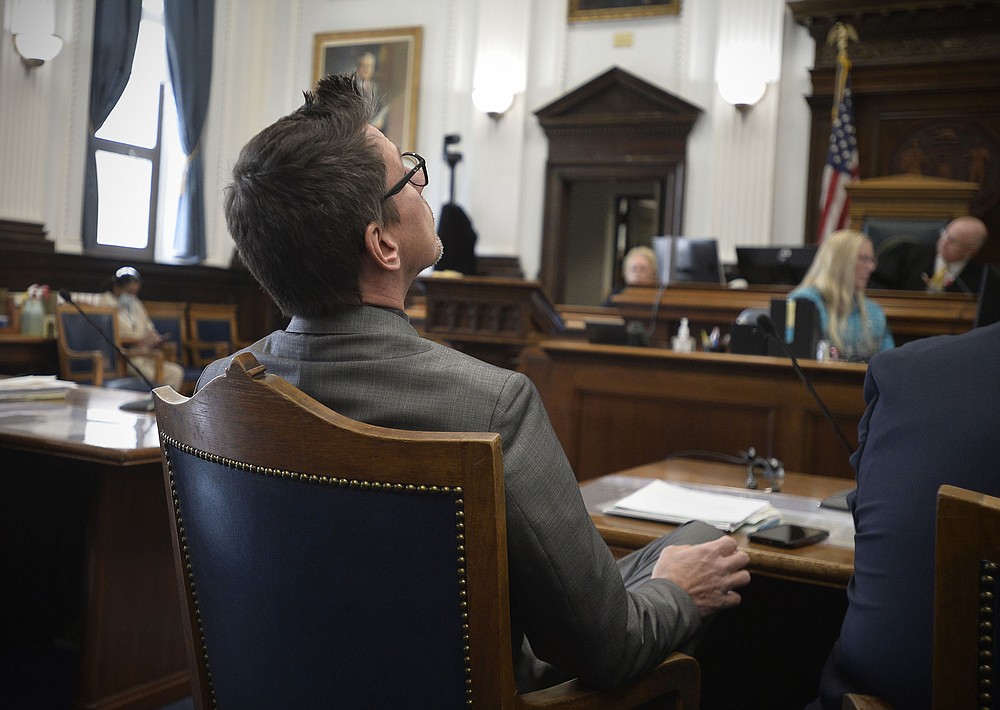