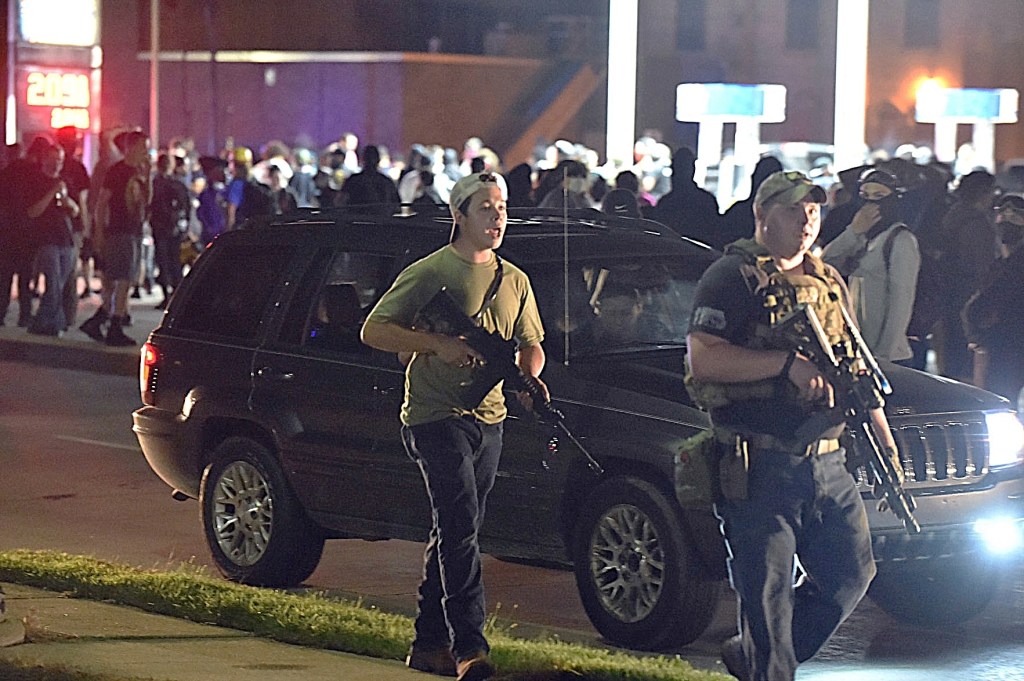 Who will be the next Kyle Rittenhouse?

It’s a question worth asking as the case against three men in the killing of Ahmaud Arbery prepares to go to a jury in Georgia.

Like the Rittenhouse case, it too has garnered national attention and has already drawn demonstrations.

As has become routine in these events, we imagine local and or state police will prepare for possible protests in the verdict’s aftermath.

They should also order armed civilians to stand down.

Ritttenhouse’s “not guilty” verdict on all counts was polarizing, but a teachable moment largely slipped away: He had no business in Kenosha, Wis., on Aug. 25, 2020.

He was not a police officer. He was not a member of the National Guard. Rittenhouse was a 17-year-old with a rifle from Antioch, Ill., who willingly inserted himself into the chaos erupting on the streets of Kenosha following the shooting of Jacob Blake by police officers.

He was not alone, and as NBC’s Chicago affiliate reported, other armed citizens asked the county sheriff to deputize them.

Kenosha County Sheriff David Beth said he declined to do so, noting that if he did, those members would become “a liability to me and the county and the state of Wisconsin.”

Beth, who said his initial response was “oh hell no,” added that such groups don’t actually help police.

“Part of the problem with this group is they create confrontation,” he said. “People walking around with guns — if I walk in my uniform with a gun, all of you probably wouldn’t be too intimidated by it because you’re used to officers having guns, but if I put out my wife with an AR-15 or my brother with a shotgun or whatever it would be, walking through the streets, you guys would probably wonder what the heck was going on.”

“I don’t need more guns on the street in the community,” Kenosha Mayor John Antaramian said.

Armed civilians may have every intention of being “the good guy with the gun” — a phrase coined by then-NRA Vice President Wayne LaPierre on Dec. 21, 2012, a week after Adam Lanza shot and killed 26 people at Sandy Hook Elementary School in Newtown, Conn. LaPierre asserted at a press conference that “the only way to stop a bad guy with a gun is a good guy with a gun.”

We have good guys with guns — members of law enforcement.

The Second Amendment gives us the right to keep and bear arms. Examples abound of gun owners using their weapons to defend their homes, loved ones and others from attackers, robbers and other wrongdoers.

That is not the same as the “put me in coach” mindset of people like Rittenhouse who act as adjunct law enforcement, deputizing themselves.

As the New York Post reported, a father-daughter team armed with AR-15s walked with protesters marching against Rittenhouse’s acquittal in Kenosha on Sunday.

“We just do security for different groups. We’re doing a favor for them,” Erick Jordan, 50, told The Post while walking alongside his 16-year-old daughter, Jade.

He said they were protecting a restaurant and two parking lots in the area on the night Rittenhouse shot three people, including two fatally, amid protests over police conduct.

Rittenhouse has claimed he fired in self-defense, although “I probably wouldn’t have fired my weapon,” Jade said.

When to shoot their weapon during a street riot shouldn’t be a choice for teens, nor well-armed amateurs.

Leave law enforcement to the good guys with badges.

ILA | Beto’s Back, Along with His Gun Ban
Active Shooters in Our Streets Endanger All Americans
PERRY: More cops, more outrage and more thoughts and prayers won’t end shootings in Aurora or anywhere
Why Donald Trump exalts Kyle Rittenhouse: Nothing gets the base going like violence
Jen Psaki turns the tables on Peter Doocy after he asks if Biden will apologize to Kyle Rittenhouse – Raw Story