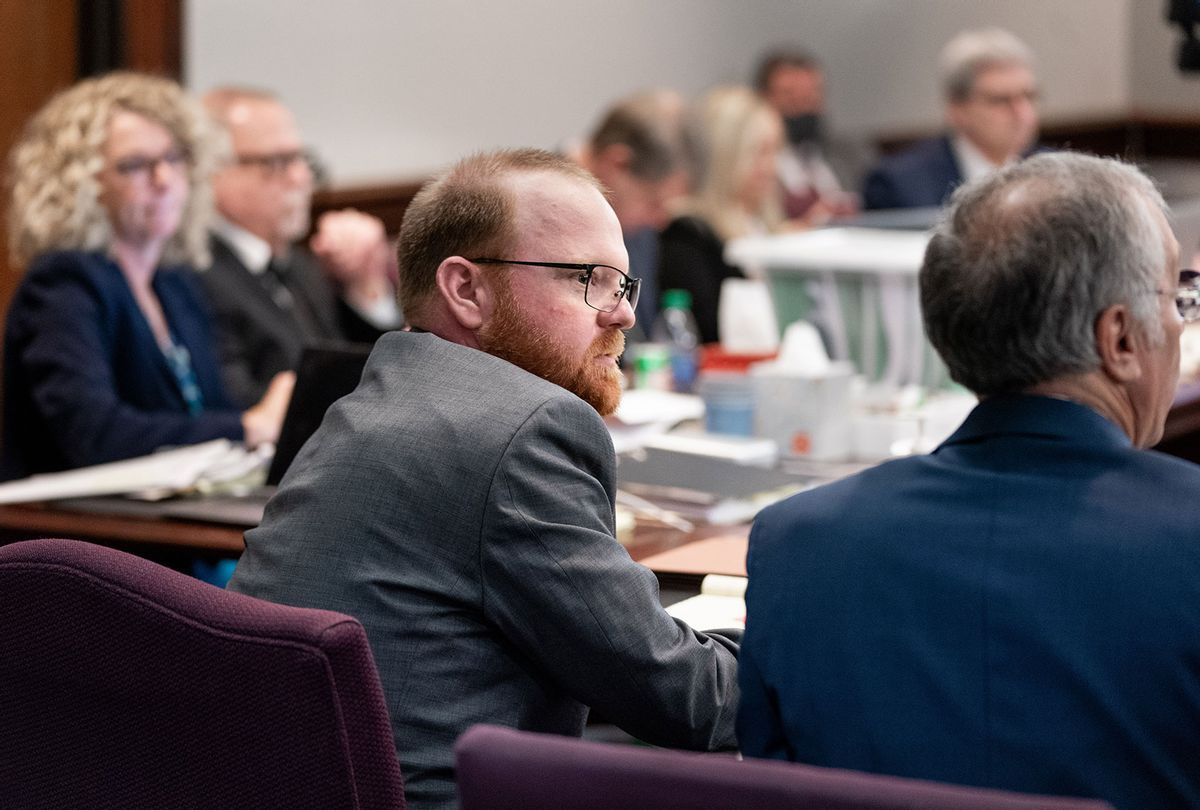 All three defendants in the murder trial for the 2020 killing of Ahmaud Arbery, a young Black Georgia man shot to death in broad daylight while jogging, were found guilty Wednesday.

The case centers on an incident dating back to May of last year, when the McMichaels grabbed guns and followed the 25-year-old Abrery throughout their neighborhood in Brunswick, Georgia allegedly under the assumption that Arbery was the perpetrator of several break-ins within the area. Armed with a .357 Magnum handgun and a shotgun, Gregory and Travis – along with neighbor William Bryan, 52 – pursued Arbery in their pick-up truck.

According to a police report, while pursuing Arbery by car, McMichael yelled out to him: “Stop, stop, we want to talk to you.” Eventually, all three pursuants pulled up Arbery, with the younger McMichael approaching him with a shotgun. Travis McMichael and Arbery shortly engaged in a physical altercation, at which point Travis fired his gun at Arbery, killing him.

More than two months passed until the McMichaels were officially arrested, according to The New York Times, sparking widespread accusations of racial injustice.

According to a surveillance video published by The Atlanta Journal-Constitution, Arbery had previously walked into a home under construction, eventually fleeing the building. But police reports indicate that he did not steal anything on site.

“Ahmaud Arbery was out for a jog,” S. Lee Merritt, a lawyer for Arbery’s family, said in a statement. “He stopped by a property under construction where he engaged in no illegal activity and remained for only a brief period. Ahmaud did not take anything from the construction site.”

“He chose to fight,” Hogue said during the trial, adding that Arbery decided “without any sense of reason to run at a man wielding a shotgun, leaving [Travis] with no other alternative but to be placed in a position to kill him.”

Meanwhile, prosecutor Linda Dunikoski argued to the court that Bryan, and the two McMichaels had no reason to believe Arbery had engaged in any criminal activity, instead acting on baseless social media gossip.

She added that the three men had established an atmosphere for violence, nullifying their right to self-defense: “You can’t create the situation and then go ‘I was defending myself.'”

Critics of the trial have said that the defense attorneys engaged in a number of racist tropes, according to CNN, which may have impacted the jury’s decision. In one particular instance, Hogue described Arbery with language evocative of a “runaway slave,” pundits said.

“Turning Ahmaud Arbery into a victim after the choices that he made does not reflect the reality of what brought Ahmaud Arbery to Satilla Shores in his khaki shorts with no socks to cover his long, dirty toenails,” Hogue said to the predominantly white jury, with just one of twelve Black.

Civil rights attorney Charles Coleman Jr. said in a CNN interview that Hogue’s “word choice was intentional” and “unnecessary,” adding that they reflected an “attempt to sort of really trigger some of the racial tropes and stereotypes that may be deeply embedded in the psyche of some of the jurors.”