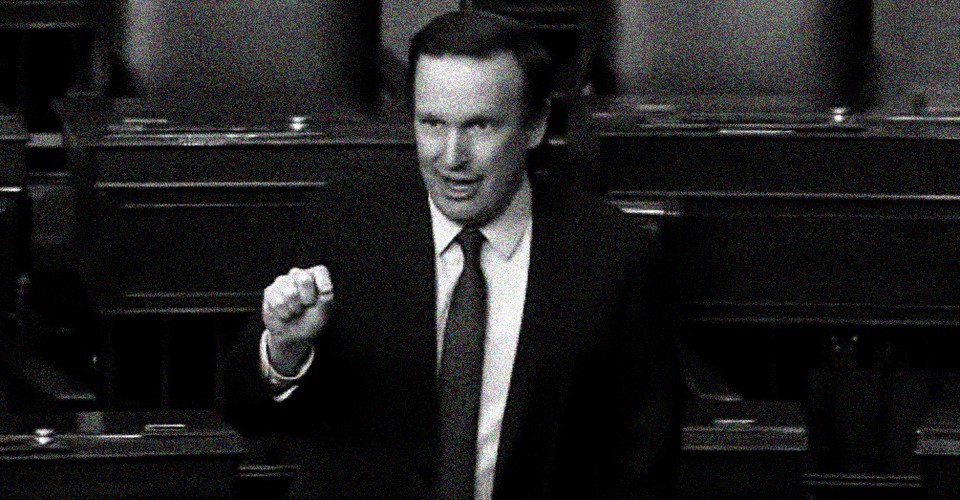 At first, the video offers a perspective we’ve seldom seen: an inside-the-classroom view of high-school students trying to evade an active shooter. Kids crouch below their desks and strategize in hushed tones. The lights are off. Fearing that the voice on the other side of the door is that of a killer, they flee. Then, as teenagers push open a window and thrust themselves to safety, the footage starts to look familiar.

The scene at Oxford High School on Tuesday afternoon evoked the April 20, 1999, Columbine massacre with eerie symmetry. Twenty-two years ago, such events were deemed “unthinkable.” Columbine yielded wall-to-wall news coverage in a way that this week’s Michigan shooting, and many others over the past two decades, have not. Even the ones that register as more than a blip eventually fade from the national conversation and public consciousness. Nearly four years have passed since Parkland—the school shooting that many (falsely) believed would finally catalyze American gun reform. December 14 will mark the ninth anniversary of the day first graders were annihilated with an assault weapon inside Sandy Hook Elementary School in Newtown, Connecticut.

Back then, Senator Chris Murphy was a House Democrat, representing the state’s Fifth Congressional District. The Newtown parents were his constituents. One of the Sandy Hook moms, Jackie Barden, told Murphy that she used to pretend that her dead son, Daniel, was off playing at a friend’s house, and that he would soon come home. By telling herself this, Barden could momentarily find the mental strength to complete basic tasks like vacuuming her house. “It was just so terrifying to me that she needed to create this world in which Daniel was still alive in order to just get through a few hours,” Murphy told me yesterday.

On Tuesday, Murphy took to the Senate floor, attacking his colleagues’ inaction on gun control. Murphy’s speech racked up retweets and praise, the liberal equivalent of thoughts and prayers. His message was more or less in line with the one he’s been delivering for nearly a decade. Still, there was something different about his tone on Tuesday: rage.

“It happens here, in America, because we choose to let it happen,” Murphy said in his address. “We’re not unlucky; this is purposeful. This is a choice made by the United States Senate to sit on our hands and do nothing while kids die.” He paced behind the lectern, shaking his head in disgust, furrowing his brow, waving his right hand as if trying to swat the problem away in the ether. “Make no mistake about it: There is a silent message of endorsement sent to would-be killers, sent to individuals whose brains are spiraling out of control, when the highest levels of the U.S. government does nothing, shooting after shooting.

Earlier that day, in advance of a Supreme Court case that may eventually overturn Roe v. Wade, some of Murphy’s Republican colleagues had spoken about the sanctity of human life. Later, after Murphy had left the Capitol for the night, he seethed over what he saw as GOP hypocrisy. Murphy figured the Michigan shooting might have been prevented had Republicans not spent years blocking gun reform at the federal level. So he turned around and drove back to the Senate to say as much.

“My anger [Tuesday] night was real—it was visceral,” Murphy said. “It comes from a parent who’s sick and tired of having his kids go through active-shooter drills. But it also comes from a policy maker who doesn’t want his country to start to think that this is something we have to live with. This is in our control. We still have the ability to pass laws that change the trajectory of gun violence in this nation. Sometimes you need to show emotion to wake people out of their complacency.”

We talked about the unnerving student videos that had been ricocheting around TikTok, Snapchat, and Twitter. It’s one thing to see a screenshot of an “I love you” message that a fearful teenager texts to family members; it’s another to watch a shaky cellphone video of a scrum of high schoolers running for their lives. Still, even those images are of survivors. Sheriff Michael Bouchard of Oakland County, Michigan, told CNN yesterday morning that he had reviewed the school’s security-camera footage, and that the 15-year-old suspect was firing at close range, aiming for his victims’ head or chest. The public will likely never see graphic crime-scene photos from this or other mass shootings—a thorny issue that has divided gun-control advocates for years.

“I wonder if this country would accept school shootings the way we do if they saw pictures of what those kids looked like in Sandy Hook after their little bodies were riddled with holes,” Murphy said. “I don’t want to overstate the images that I’ve seen, but I’ve certainly seen images from Sandy Hook that others haven’t, and those images are motivating. No parent wants their dead child’s picture on the news. But, you know, it was Emmett Till’s open casket that changed the civil-rights movement. And maybe it’s that viral video from [Tuesday] that starts to make people think whether they really want their kid to experience something like that.”

Sometimes, even the experience of being shot is not enough to change a person’s mind about guns. I asked Murphy whether he’s spoken with people like his old House colleague Steve Scalise of Louisiana, the Republican minority whip who was wounded in the 2017 congressional-baseball shooting.

“What’s discouraging about the baseball shooting is that it seemed to harden people’s beliefs, in part because there were good guys with guns,” Murphy said. “I think for Steve, it hardened his belief that we need to have more guns rather than less guns. I can’t put myself in his shoes, but that certainly is discouraging for those of us who look at the data and see that where more guns exist, more gun crimes exist.” (Four years after the failed attempt on his life, Scalise advertises his strong support of the Second Amendment, concealed-carry reciprocity, and an A+ rating from the NRA on his government website.)

That lawmakers are at odds over whether students should have to crawl through classroom windows on random afternoons to avoid being shot to death illustrates the bleak state of the gun-reform conversation. I wanted to know what advice Murphy would offer parents. How are you supposed to combat feelings of cynicism over America’s epidemic of gun deaths? If Newtown wasn’t a turning point, will there ever be one?

“I contest the narrative that the only sentiment you can have is despair, because a lot of progress has been made,” he said. “I understand the focus is rightly on the lack of action federally. But, from Washington State to Florida to Connecticut to California to Nevada, in purple states and blue states, we’ve passed laws that are tightening up the nation’s gun laws. We’ve seen more anti-gun-violence laws passed in the last 10 years than in any 10-year period in my lifetime. That’s good news, but it’s not enough.”

Last month, the Supreme Court heard oral arguments in a case that could radically reshape nationwide gun policy, loosening state-level restrictions against concealed-carry permits. Many mass shooters opt for an AR-15 or a similar semiautomatic weapon in order to slaughter the largest number of people in the shortest possible time, but this week’s suspect in Michigan allegedly used a 9-mm Sig Sauer that his father had purchased on Black Friday—the kind of gun that fits inside a backpack or jacket pocket.

I thought back to something Murphy had said earlier in our conversation, when he told me that he viewed the Connecticut families who have lost children to gun violence as a distinct constituency within his state. “I care very deeply about whether they think that I’ve measured up to this mission or not,” he said. “If I end my public-service career and haven’t passed a significant federal firearms-reform bill, I’ll consider my time in public service a failure.”