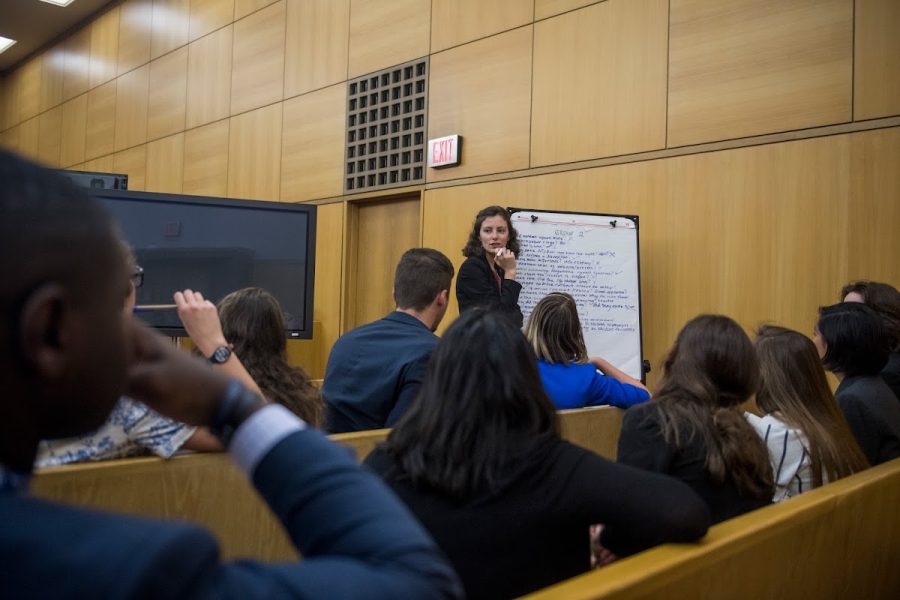 I was six years old in 2007. I remember when my mom picked me up from kindergarten and told me to be quiet while the reporter on the radio described the scene on the Virginia Tech University campus. She wouldn’t tell me what happened, just that people got hurt.

I made the connection years later, in sixth grade, when I got picked up early from school by my mom. I was only one year out of elementary school. 20 kids were shot using an AR-15 that was legally purchased by the shooter’s mother in Sandy Hook elementary school.

It was nearly Christmas, and I remember staring at the glass snowflake ornaments hung in the kitchen window as my parents tearfully hugged me goodbye the next morning. At school, my first-hour social studies teacher explained that doors would have to stay locked now and fielded our unanswerable questions.

My school began to run evacuation drills and practiced active shooter procedures, doors locked automatically, green laminated cards were placed on windows, police officers pounded on doors and we would sit silently in the back of the classroom.

In February of 2018, 17 students were killed by a former student using a legally purchased AR-15 style gun in the Parkland school shooting.

I’ll never forget my English class that day where my teacher held a discussion, rather than a regular class. She apologized to us, said her generation failed us, and said something that I’ll never forget; that she has an option to be in school and makes the choice to return to her job every day and every year while we had no choice. That was a terrifying sentiment, as more and more people were saying things like “it’s not a matter of if, but a matter of when.”

My backpack had a $0.06 price tag pinned to it, my district organized a walkout. I took photos for the school newspaper instead of participating, but I still cried standing out there with my camera. I replayed what I saw on the news over and over again in my head. Afterward, we returned to class, and I thought about what I would use to barricade the door of every class I had that day. My dad still got the NRA magazine in the mail, he told me that if anyone ever started shooting, I should just hit the ground immediately.

In June of 2018, I attended a student journalism conference in Washington DC. One of the speakers lauded the work of young people, calling us the “Parkland generation.” She meant it as a compliment; that we were activists and change-makers. I came away with the somber realization that school shootings had defined my educational career.

I was a high school senior in the fall of 2018, the worst year for school shootings in the U.S. I was waiting to be picked up when a student drove by in a truck and stuck their gun out of the window. In that moment, I thought ‘this is it, I’m getting shot,’ and as the truck continued to drive away I turned and ran across the street, my sister and her friend following behind me.

They didn’t even realize what happened. The kid didn’t shoot anyone. That’s how every lockdown felt.

This week, four students in Michigan were shot and killed in school. A school only an hour away from where I grew up. These kids probably grew up with some of the same metro-Detroit traditions that I did.

There are 82 Oxford graduates are here at Grand Valley State University. Michigan schools, including my former high school, were closed, evacuated and locked down in the following days due to threats. The trauma of this tragedy will impact students in our communities and across our state for years to come.

When I was in high school I thought that I wouldn’t have to worry about shootings once I graduated, but that’s not true. You still think about your younger sister and her friends, and the kids you coach in the summer, and you still hate going to movie theaters and malls and you don’t wear headphones in the grocery store anymore.

‘What would I do if someone started shooting right now?’  You think about it at church, while you walk to class and every time you hear running in the hallway during class. You wonder if things will ever really change.

I still want to believe what I did three years ago. I firmly believe that Generation Z, especially those of us currently in high school and college, have so much power to create change.

In 2018, 58% of people under 30 supported a ban on assault weapons, while 73% said gun control laws should be stricter. However, 18 through 24-year-olds have the lowest voter turnout by age group. While turnout in this age group increased for the 2020 presidential election, still only about half of the eligible voters came out to vote.

Young voters can use their vote to reduce and stop tragedies like this from claiming the lives of more kids, but it doesn’t stop there. We can contact our representatives about issues like gun control and mental health resources, let them know that we want to see change and that we are watching and holding them accountable.