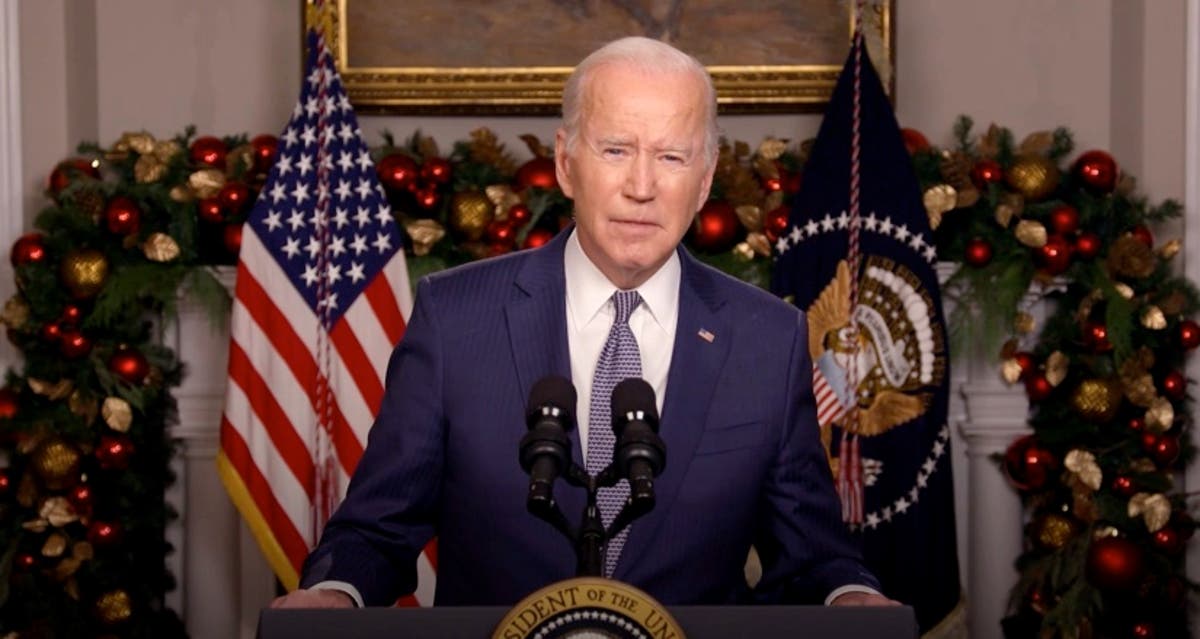 Joe Biden has vowed to “keep up the pressure” on tackling gun violence as he spoke out on the nine-year anniversary of the mass shooting at Sandy Hook Elementary School in Newtown, Connecticut.

In a pre-recorded video statement released on Tuesday, the president described the 2012 massacre as “one of the saddest days” during his time as vice president to President Barack Obama and said that the families of the victims deserve “action”.

Mr Biden said on Tuesday he is calling on the Senate to pass three sweeping gun control laws following a string of mass shootings across America in recent months.

“There are three common sense bills to reduce gun violence that the Senate should pass now right away, long overdue,” he said.

“One requires more extensive background checks for gun sales, one is to keep guns out of the hands of more abusers.

“My Build Back Better legislation which would make a landmark $5bn investment in community violence prevention and intervention programmes to support trusted leaders who work directly with people who are most likely to commit gun crime or become gun victims before it’s too late.”

Mr Biden said that “these programmes work” and acknowledged the “frustration” around tackling gun violence but said it is important to hold onto hope.

“Again I know our politicians are frustrated and can be frustrating and particularly are now but we can’t give up hope, we can’t stop,” he said.

Mr Biden’s comments come as he has come under increasing pressure to follow through on his campaign promises to tackle what he describes as the “gun violence epidemic” ravaging America.

Since he took office, gun violence has soared with 658 mass shootings so far in 2021, according to figures from the Gun Violence Archive.

Just two weeks ago, four students were shot dead at a high school in Oxford, Michigan, when a fellow student allegedly opened fire in the hallways.

The suspected gunman – 15-year-old Ethan Crumbley – has been charged as an adult with 24 counts including terrorism and murder. The motive is unclear.

Following last month’s shooting in Michigan, Manuel Oliver – the father of one of the Parkland victims, Joaquin Oliver – has camped out outside the White House demanding to speak to the president about what he is doing to tackle gun violence.

Mr Oliver told The Independent last week that the apparent inaction from the Biden administration had left him thinking gun violence was not a priority.

“I don’t see any responses from the administration that shows this really is a priority,” he said.

“Folks, nine years ago today, families in Newtown were hit especially hard,” said the president in the taped address.

“No matter how long it’s been every one of those families relives the news they got that day.

“Everything changed that morning for you and the nation was shocked.”

Mr Biden, who has repeatedly said he has “beaten the NRA twice”, went on to tout his own record with tackling gun violence.

“I helped beat the NRA with your help twice – twice – it can be done again. We have to keep up the pressure,” he said.

The president said he “came close” to introducing legislation in the wake of the Sandy Hook massacre but admitted that he “came up short”.

Mr Biden put forward 23 executive actions and three laws, before focusing on trying to get a bill expanding background checks through Congress. The bill failed.

“As we got to know you and I got to know so many of you personally I spoke to every one of your families and I found hope in your strength as you changed hope into purpose to change the laws and the culture around gun violence,” said the president.

“At the time I remember because of your leadership we formed a broad coalition and enacted more than 20 executive orders.

“We came close to legislation but we came up short.”

He continued: “It was so darn frustrating and it’s still frustrating now for you and me and so many others – and Parkland, Florida, and Oxford, Michigan, and countless communities across the country that there’s these horrific shootings that make national headlines and embarrass us as a nation.

“And for many others, every day, particularly for Black and brown communities there’s the equivalent of a mass shooting we don’t even hear about.

“As a nation we owe all these families more than our prayers, we owe them action.”

The president laid out his steps since entering the White House to implement greater gun control.

“From my earliest months as president I backed curbing the proliferation of ghost guns, cracking down on rogue gun dealers, promoting safe firearm storage,” he said.

“You know in my American Rescue Plan is a fancy way of saying a historic $450bn investment we encourage states and cities to use that money to reduce gun violence among other things.

“In my budget I’m calling for double the funding for gun violence prevention research including examining gun violence as a public health threat which it is in my view.”

In April, Mr Biden announced six executive actions to tackle gun violence including a crackdown on ghost guns and investment in evidence-based community violence intervention. However, he lacks support in the Senate to get measures passed into law.

Mr Biden said that his “heart breaks” for all those impacted by gun violence: “God bless you all and god bless the loved ones you left behind.”

An Ex-Cop and a Preacher Wrestle With America’s Gun Violence
Our Vote is our Bullet | Letters to the Editor
ILA | Supreme Court Signals It May Rein In Federal Rulemakers
This Republican, NRA gun owner has had enough
Hondo vote a win for families of Uvalde