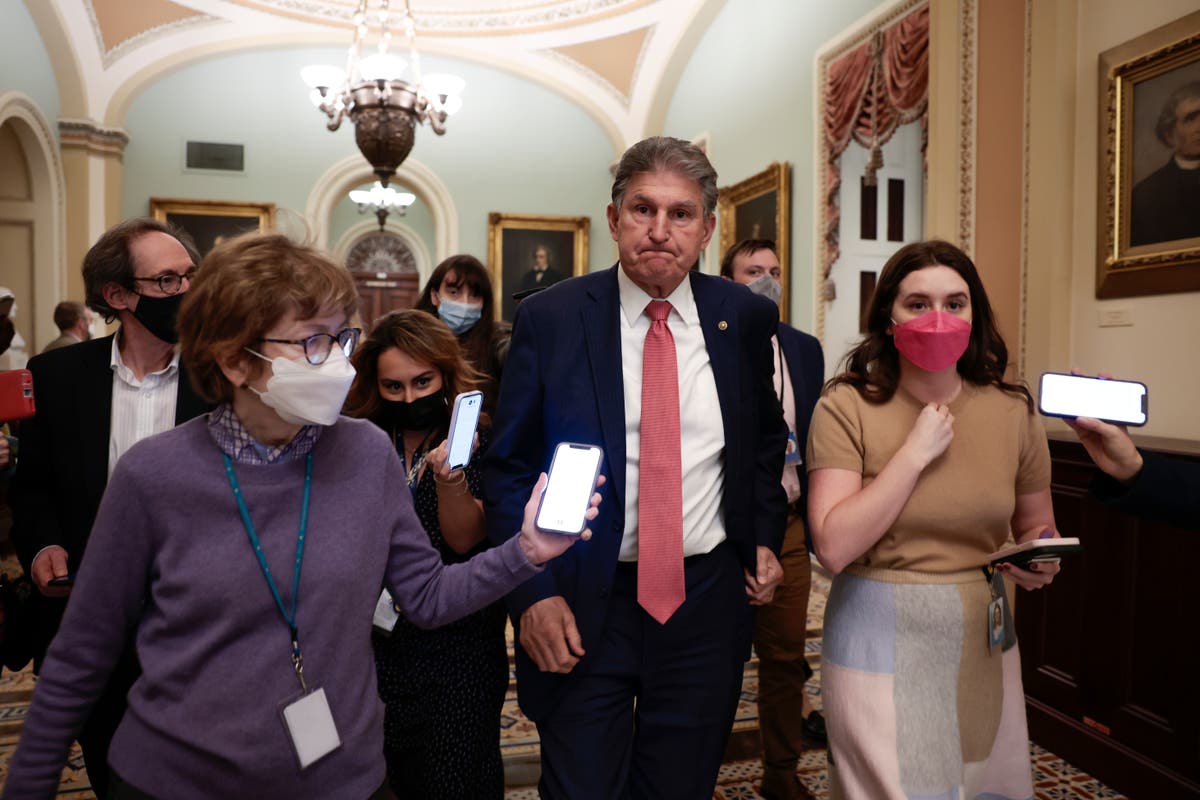 Democrats in the House of Representatives and Senate spent plenty of time cursing Sen Joe Manchin’s name after he came out against their proposed Build Back Better legislation, and with good reason. With only 50 votes in the upper chamber, Democrats need every member of their caucus to vote in line, and, as a conservative Democrat from a staunchly Republican state, Mr Manchin has become the gatekeeper for any Democratic policy.

Even if he weren’t the 50th vote, as chairman of the Senate Environment and Public Works Committee, he would hold an incredible amount of power.

But as the White House and plenty of other Democrats excoriate him publicly, they can’t really afford to exile him from the rest of the caucus, for a number of reasons.

First and foremost is the changing politics of West Virginia. When Mr Manchin was growing up, West Virginia was a staunchly Democratic state. But this did not mean that they were always aligned with liberals on every issue. Sen Robert Byrd, whose seat Mr Manchin holds, was a former Exalted Cyclops in the Ku Klux Klan who filibustered the 1964 Civil Rights Act for 14 hours and 13 minutes. Unlike other segregationist Democrats like Sen Strom Thurmond, who switched parties, Mr Byrd would later repent for being a segregationist and endorsed Barack Obama, who would become the first Black US president, in the 2008 Democratic presidential primary.

But while Mr Byrd was a senator, the political undercurrent changed in West Virginia. In 2000, George W Bush became the first non-incumbent Republican to win the state since 1932, largely in response to concern about Al Gore’s environmental policies. Coal accounts for about 30,000 jobs in West Virginia, including Mr Manchin’s. Before he got into politics, Mr Manchin founded a coal brokerage firm called Enerysystems Inc and The New York Timesreported that he made more than $491,000 in dividends last year from his stock investment.

Mr Manchin would be elected governor in 2004 despite John Kerry losing the state, and he was reelected in 2008 when Mr Obama lost the state. When Mr Byrd died in 2010, Mr Manchin ran for Senate and easily won the special election that year by campaigning as a pro-coal and pro-gun Democrat. In one ad, he literally shot a gun at Democrats’ proposed cap and trade bill, thereby showing his pro-coal bona fides and the fact that the National Rifle Association endorsed him.

He would win a full term in the Senate in 2012 by once again differentiating himself from other Democrats by showing how fiscally conservative he was with an ad of his wife cutting his hair. In 2014, Democratic Sen Jay Rockefeller would retire from the Senate and be replaced by Republican Sen Shelley Moore Capito and in 2016, Donald Trump won every county in the state, further whittling down Democratic power.

Then in 2017, Democratic Gov Jim Justice changed parties at a rally with Mr Trump, making Mr Manchin the only statewide elected Democrat. He voted for many of Mr Trump’s cCabinet nominees and also voted to confirm Supreme Court Justices Neil Gorsuch and Brett Kavanaugh. But his 2018 reelection was much narrower than his first two victories, and Mr Trump once again won every county in 2020.

As Democrats shed senators from rural states like Nebraska, North Dakota, South Dakota, Montana and Arkansas in the past decade, the party has represented fewer states and also became more liberal as it represented more people of colour in states with large metropolitan areas. Democrats failed to pick up Senate seats in 2018, when the party opposite of the president’s usually makes gains, and instead lost seats in Missouri, Florida, North Dakota and Indiana.

In 2020, Democrats failed to flip seats in Iowa, North Carolina and Maine and only flipped seats in Colorado and Arizona, leaving them with 48 seats. When Sens Jon Ossoff and Raphael Warnock won runoff races in Georgia, the outcome gave Senate Democrats the slimmest of majorities.

That reality gave Mr Manchin far more negotiating power and the ability to exact whatever he has wanted from Mr Biden. At the same time, Democrats can’t do much to alienate him, lest he do what Mr Justice did and switch parties. If they punish him too harshly by, say, removing him from his committee chairmanship, he could wind up sinking more legislation even if he stays within the Democratic caucus.

At the same time, Mr Manchin would likely not be able to survive in the GOP if he were to switch parties, given that he voted to impeach Mr Trump twice, voted against confirming Justice Amy Coney Barrett in favour of many of Mr Biden’s Cabinet officials. At this point, Mr Manchin and the Democratic Party are married and divorce isn’t an option unless he retires come 2024, which would then all but guarantee a Republican would replace him.