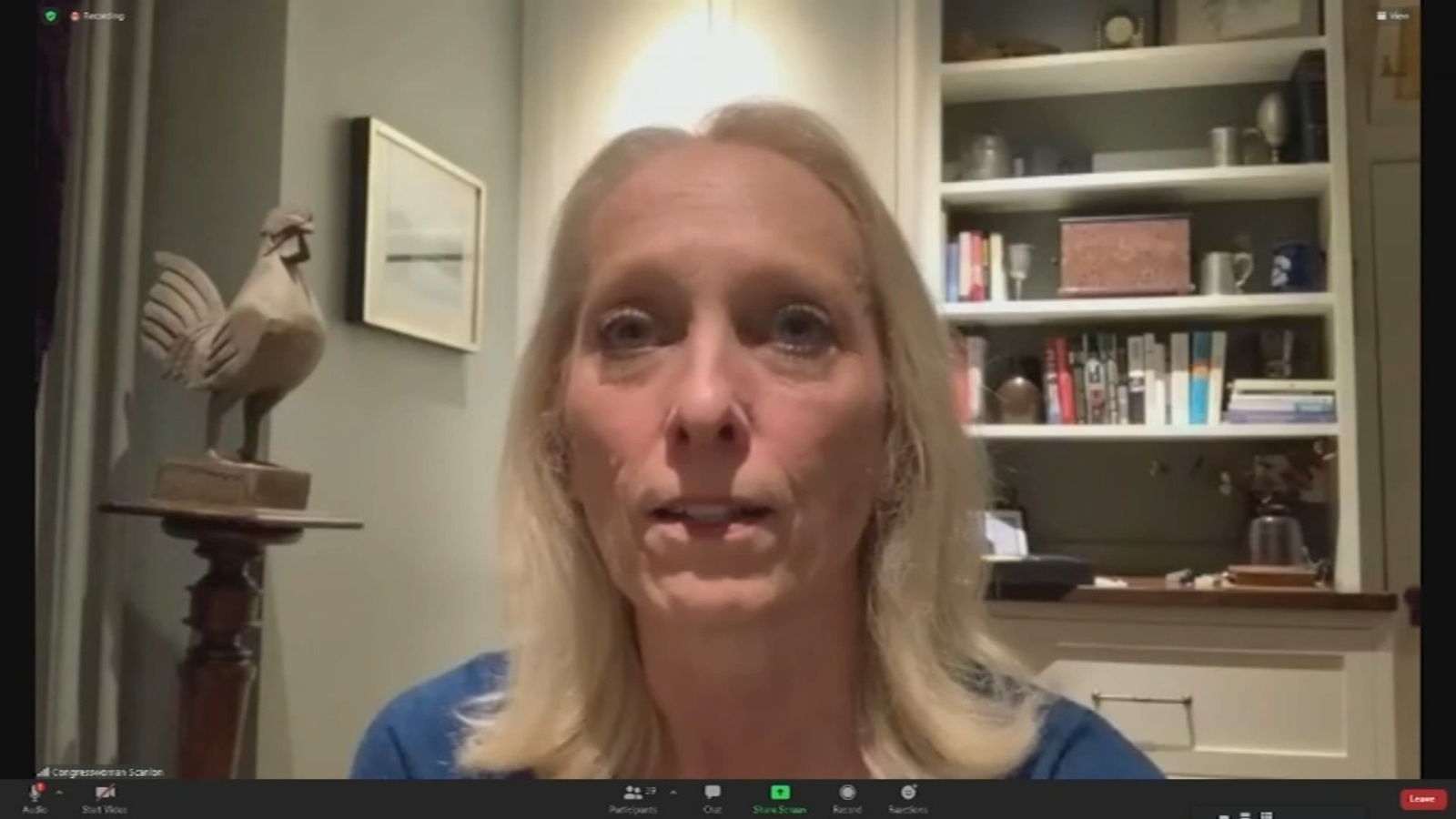 PHILADELPHIA (WPVI) — Congresswoman Mary Gay Scanlon is speaking out just one day after she was carjacked at gunpoint in Philadelphia’s FDR Park.

Her news conference came just hours after police confirmed five teenagers were arrested in Delaware in connection with this crime.

One of those teens, 19-year-old Josiah Brown of Wilmington, is charged with the actual carjacking. He faces life in prison if convicted.

According to the criminal complaint, Brown was carrying the keys to Scanlon’s vehicle when he was arrested.

Brown told FBI agents he and two accomplices were driving around Philadelphia on Wednesday when they decided to steal a car and spotted Scanlon.

Brown claimed he was carrying an unloaded firearm, which was used to intimidate the congresswoman into handing over her keys, the FBI said in the complaint.

According to an affidavit, Brown wrote an apology note to Scanlon, indicating that he was sorry for stealing the car and pointing a gun at her. Scanlon says she has not read that letter.

Brown also has pending cases in Delaware and Pennsylvania, and he was charged in one of those cases back in August.

The other teens, ranging in age from 13 to 16, were charged after being found with Brown and Scanlon’s SUV near Christiana Mall in Newark. They are charged with receiving stolen property, and one of them, a 15-year-old, was also charged with resisting arrest and criminal mischief.

Scanlon says she had just finished walking in the park with her team members and other officials to discuss the city’s plan to renovate the space.

As she spoke with one of her team members, Scanlon said another vehicle pulled up.

A short time later, she noticed people “fidgeting” in the other vehicle, and then some of the occupants came out with guns and told Scanlon to give them the keys to her car, which she said she did because “I was afraid someone would do something more stupid than just stealing a car.”

She handed them over and the suspects took off.

Scanlon, who was not hurt, said being the victim of this crime was very unnerving.

“The fact that it happened in FDR Park, a place where so many find refuge from the hustle and bustle of urban life, is particularly upsetting,” she said. “This type of crime can happen anywhere and to anyone. Yesterday it happened to me, and no one should have to experience this kind of lawlessness.”

Scanlon said the incident was “obviously a scary thing to have happen” and added that she was thankful no one was hurt.

Scanlon also noted it wasn’t the first time she has been at a crime scene this year, as she was present in the House during the Jan. 6 insurrection at the Capitol.

Scanlon said President Biden spoke with her Thursday to see how she was faring after the incident.

“I was quite touched that the president reached out to me,” she said. “It was mostly a personal call, but we talked a little bit about my frustration with not getting the NRA and right to do common sense gun control measures.”

She also thanked the law enforcement officers who worked on the investigation, including the Philadelphia Police Department, Delaware State Police and the FBI.

Scanlon said she will continue to push for policies and resources that will help reduce violence.

She also said she will continue working on the FDR Park renovation project and spend more time there in 2022.

So far this year the city has seen 793 carjackings, according to the 6abc Data Journalism Team. That is up 101 percent from last year and up 267 percent since 2019.

Five teenagers, one just 13 years old, were arrested in Delaware just hours after the carjacking.

The SUV was unoccupied at the time, police say, but troopers say they conducted surveillance on the vehicle and spotted five suspects entering the SUV.

The suspects tried to flee as they were approached by police, but were eventually captured.

The suspects include 19-year-old Josiah Brown, a 14-year-old girl, and three males ages 13, 15 and 16. All of the suspects are Wilmington, Delaware residents.

Brown was involved in the armed carjacking in Philadelphia’s FDR Park, police say, and was turned over to the FBI for formal charging.

All the juveniles were released to their parents or guardians, while the 15-year-old was taken to a detention center, police said.

FDR Park is within City Councilman Kenyatta Johnson’s district. He says these carjackings are happening at all times of day and that anyone is falling victim.

“Right now in the City of Philadelphia, people feel like there’s a sense of lawlessness. At the end of the day, you see carjackings taking place during the holiday season. We see people being robbed of their Rolexes, so at the end of the day, we have to figure out how do we get ahold of this senseless violence,” Johnson said.

Mayor Jim Kenney said he was “appalled” to learn about this crime.

“It’s disheartening, and quite frankly infuriating, that criminals feel emboldened to commit such a reckless crime in the middle of the day in what should be a place of tranquility and peace-one of Philadelphia’s beautiful parks,” Kenney said in a statement. “My thoughts are with her during what I’m sure is a traumatic time.”