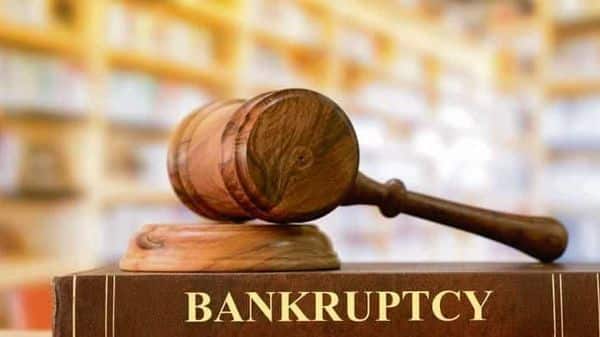 Bankruptcies fall as pandemic drags on

Despite changing consumer patterns brought on by Covid-19, pandemic restrictions tipped far fewer companies into bankruptcy than in 2020 even as the public health crisis dragged on. The rate of corporate bankruptcies hovered near its lowest level in decades, thanks to free-flowing federal assistance and buoyant financial markets. Troubled companies found investors eager to refinance debt and even buy stock to fix balance-sheet problems–or at least delay possible defaults. The lender-on-lender clashes that cropped up in 2020 receded from view. Amid the slowdown in corporate defaults, restructuring advisers recalibrated, shifting resources away from the business of bankruptcy.

A winter storm that swept Texas in February upended the state’s power markets, pushing several electricity retailers out of business and driving others to the brink. Wholesale energy costs spiked during the cold snap, as regulators allowed prices to soar to the maximum of $9,000 per megawatt hour in hopes of combating widespread blackouts. It didn’t work. In the wake of Winter Storm Uri, the oldest and largest power cooperative in Texas filed for bankruptcy and remains locked in litigation with the state grid operator over a $1.9 billion electricity invoice. Brazos Electric Power Cooperative Inc. is considering raising debt to cover its bills, unnerving its member cooperatives. Several other power retailers filed chapter 11 or simply dissolved over sky-high storm costs. Wind farms, a thriving sector in Texas, were drawn into litigation with bank lenders. Lawmakers gave energy cooperatives tools to repay what they owed, but declined to make fundamental changes to the state’s deregulated power market.

Hertz leaves shareholders in the money

Hertz Global Holdings Inc. was the rare bankruptcy case to leave stockholders in the money, vindicating the bullish retail traders that bet on its stock. An intense bidding war to sponsor the rental car company’s exit from chapter 11 drove up its price enough to clear its debts in full and dispense some $1.5 billion in value to equity, defying the company’s own predictions just weeks before that its shareholders would walk away empty-handed. The chapter 11 plan was hailed as a success for mom-and-pop shareholders, but thrust them into a complex payout formula better suited to institutional funds. After emerging from bankruptcy, Hertz resumed trading on a major exchange and bought back stock, further sweetening the pot for those that backed the company’s turnaround. Bondholders that lost out on controlling Hertz are still battling it for additional payments.

Johnson & Johnson pushed the limits of bankruptcy law in hopes of settling an expensive tort tied to talcum-based baby powder, which tens of thousands of injury claimants allege caused ovarian cancer or mesothelioma. The healthcare giant, which denies that its talc is unsafe, peeled off its talc-related liabilities into a new subsidiary that was then steered into chapter 11 in North Carolina. Talc claimants who learned of the company’s plans tried and failed to stop it. The bankruptcy filing aims to drive a settlement of current and future talc claims, which are expected to continue for decades to come. Injury victims are battling to dismiss the proceeding, saying it represents an abuse of chapter 11. J&J has said that bankruptcy is the fairest way to provide compensation quickly and that claimants are better off in chapter 11 than the tort system. In November, J&J lost its preferred venue when a bankruptcy judge shifted the case to New Jersey.

The Boy Scouts of America gained momentum toward ending the largest-ever bankruptcy case filed over claims of sexual abuse. Under pressure to find a way out of chapter 11, the Boy Scouts pieced together more than $2.6 billion to compensate abuse victims from the youth group’s own assets and settlements with liability insurers and troop-sponsoring churches. Payouts for abuse victims would range widely, based on the severity of the trauma and where it occurred. Voting on the bankruptcy plan has been contentious, as lawyers who support and oppose it accuse each other of improper tactics. A retired judge was ousted from his role overseeing negotiations after he got involved in the plan itself, which faces other stiff legal challenges. At stake is the survival of the youth group, which is running out of money to stay afloat through the chapter 11 process. A trial on the bankruptcy plan is scheduled for February. In the background looms a criminal probe by Michigan authorities into the decades of sexual abuse of young Scouts in the state.

OxyContin maker Purdue Pharma LP won approval of a landmark settlement of opioid lawsuits, then had it snatched away. Purdue, besieged by litigation over opioid addiction, secured a $4.5 billion settlement with members of the Sackler family, the company’s wealthy owners. The resulting chapter 11 plan was approved in bankruptcy court after a trial that featured testimony from family members who had served on Purdue’s board while the nation’s opioid crisis worsened. A group of state attorneys general persuaded an appellate judge that legal releases for the Sacklers aren’t authorized under U.S. bankruptcy law, throwing the company’s future into doubt and freezing billions of dollars earmarked for opioid abatement.

The world’s largest movie-theater chain flirted with bankruptcy but found a lifeline from a raucous crowd of individual investors who made AMC Entertainment Holdings Inc. a meme-stock darling. Wild swings in the company’s share price made winners out of some investors and losers of others while the company avoided the debt default many predicted when the pandemic forced movie theaters world-wide to close. AMC’s meme-loving chief executive embraced his new shareholder base, sharing the company’s decision-making with investors whose priorities don’t always line up with his own. The company still has its detractors who predict that its gravity-defying stock price can’t be sustained forever, especially as Hollywood studios turn to in-home streaming as an alternative to theaters.

The National Rifle Association showed the dangers of filing for chapter 11 without a clear path to exiting. The gun-rights group’s CEO, Wayne LaPierre, put it in bankruptcy in January, seeking protection from the New York attorney general’s accusations of financial mismanagement. While the goal was to reincorporate in Texas, the chapter 11 case quickly became a forum for New York to elicit damaging testimony about the NRA’s management under Mr. LaPierre, who acknowledged some disclosure mistakes on the stand. The judge overseeing the bankruptcy case dismissed it in May, leaving the gun group to face New York’s allegations of spending abuse. More admissions of financial impropriety have followed since the case was thrown out.

Puerto Rico built support among its bondholders for a sweeping financial restructuring that would end the largest-ever municipal bankruptcy case in the U.S. Helped by insatiable demand for high-yielding municipal debt, the U.S. territory struck a broad debt deal in February and spent the following months bringing holdouts on board. A judge is expected to rule in 2022 on the proposal following a trial that began in November. There are few remaining opponents after the oversight board steering the bankruptcy case agreed to leave intact monthly pension benefits for public servants.

Spurred by the legal tactics employed by Purdue, the Boy Scouts and others, Congress took a renewed interest in chapter 11 to address what critics allege are opportunities for abuse. The proposed legal releases for Purdue’s family owners galvanized some congressional Democrats, who want to rein in the ability of bankruptcy courts to sign away creditors’ legal claims against third parties to a chapter 11 case without full agreement from the affected parties. Purdue wasn’t alone in sparking anger in Congress. The tactics adopted by the Boy Scouts and USA Gymnastics also fed a broader backlash among Democratic lawmakers to nonconsensual releases, a common feature of bankruptcy plans. Some Republicans favor the status quo out of worries that outlawing such releases could make it harder to forge settlements and save businesses. Sen. Elizabeth Warren (D., Mass.) has proposed measures empowering creditors to sue private-equity owners of bankrupt companies, responding to research suggesting that claims for alleged self-dealing are undervalued.

* Thank you for subscribing to our newsletter.