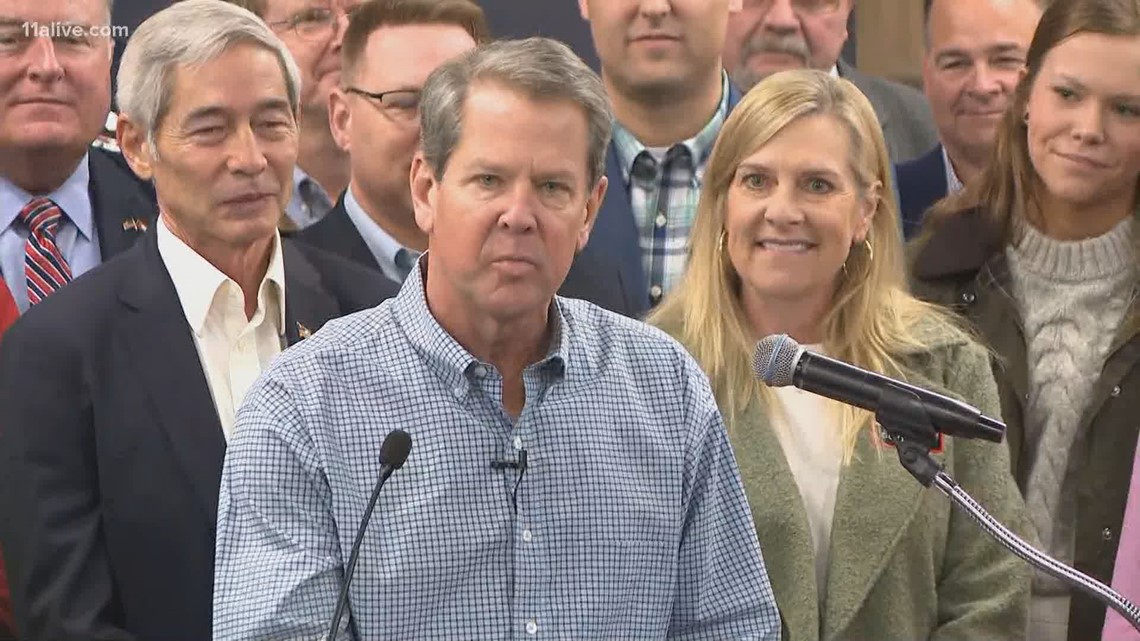 He also announced that the annual NRA meeting in 2025 will be held in Atlanta.

SMYRNA, Ga. — Georgia Gov. Brian Kemp; along with his wife, members of the General Assembly, and gun rights advocates made an announcement about the expansion of 2nd Amendment rights on Wednesday.

At a Smyrna gun shop, Adventure Outdoors, Kemp announced his support for legislation that would do away with the need for a license to carry a handgun in public.

NRA Vice President Lt. Col. Willis Lee also announced that the NRA annual meeting in 2025 will be held in Atlanta.

Kemp said it brought in $60 million to the state in 2016. He also said that citizens should have the right to carry a firearm without state or government approval.

“If we work together… we’re going to win this fight as well,” said Kemp.

On Monday, the Justice Department announced new rules to help enhance the safe and secure storage of guns and published a Best Practices Guide for federal firearms licensees.

The new rule says that existing federal firearms licensees that sell guns to the general public have to certify that they have secure gun storage or safety devices for the weapons.

Georgia National Guard to be deployed to Macon, Warner Robins in COVID response