Choudhary called on his supporters to release Aafia Siddiqui ‘physically or by ransom’ in a Telegram post in September.

The 54-year-old has been able to openly carry out social media campaigns again after licence conditions barring him from public speaking expired in 2021, three years after he was released from prison following a conviction for supporting ISIS.

‘The obligation upon us is to either free her physically or to ransom her or to exchange her,’ Choudary wrote on his Telegram channel, the Washington Post reported.

‘However, until such time as we can fulfill one of these obligations the minimum that we can do is to use all that we have to raise awareness about her case, to keep her name in the hearts and in the minds of Muslims.’

Briton Malik Faisal Akram died in a hail of bullets after a 10-hour stand-off on Saturday in which four people were held hostage at the Congregation Beth Israel synagogue in Colleyville, 27 miles from Dallas.

Police sources said one of the 44-year-old’s demands was for Siddiqui to be released from the federal prison 30 miles from where the hostage standoff took place. 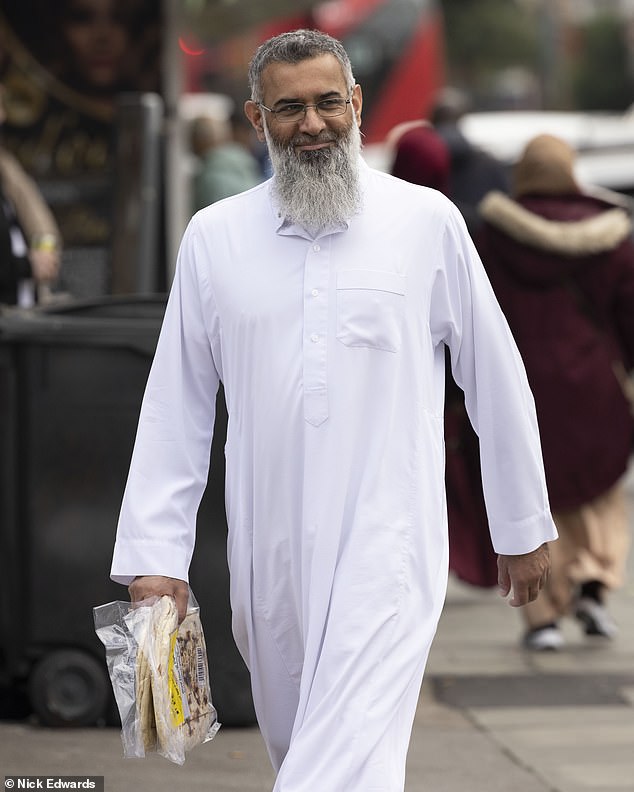 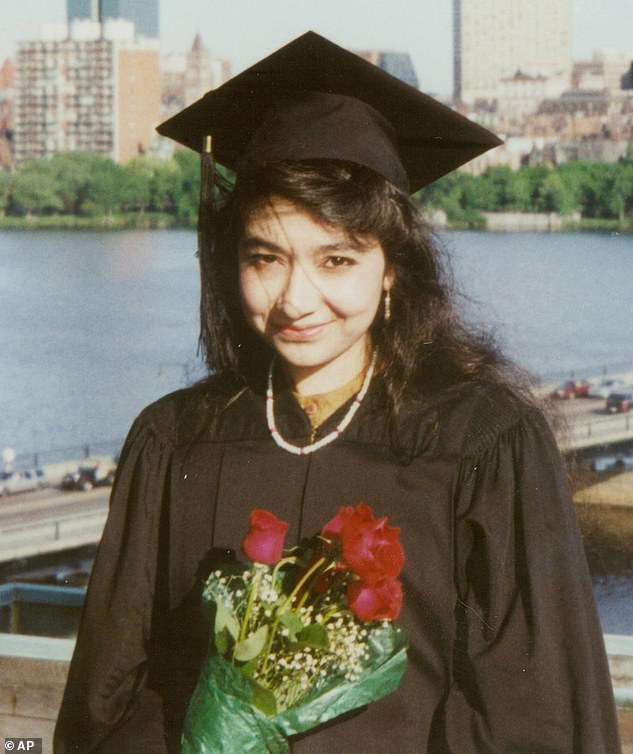 Siddiqui, an Al Qaeda operative dubbed ‘Lady Al Qaeda’, bragged to her student friends at the age of just 21 that she would be proud to be on the FBI’s Most Wanted list

Choudary is believed to have influenced around 100 British jihadis through his hate-filled lectures and videos, including Lee Rigby’s killers and one of the London Bridge attackers.

Siddiqui was arrested in Afghanistan in 2008 by local forces who found her with two kilos of poison sodium cyanide and plans for chemical attacks on New York’s Brooklyn Bridge and the Empire State Building.

The Pakistani-born neuroscientist had bragged to her student friends at the age of just 21 that she would be proud to be on the FBI’s Most Wanted list.

She is serving an 86-year sentence at the Federal Medical Center, Carswell in Fort Worth, about 25 miles from the hostage site at the Texas temple.

During her trial, Aafia demanded that every jury member get DNA tested to see if they were Jewish. 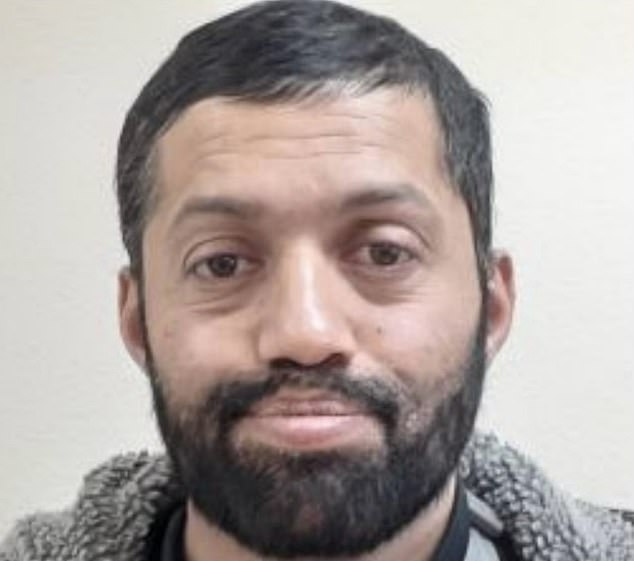 On the Lee Rigby killer Michael Adebolajo – ‘He is a practising Muslim, a family man and I’m very proud of him’

On September 11 and 7/7 attacks – ‘I didn’t condone the September 11 and July 7 bombings, what I did is say that they had juristic justification. There are people that justify [them] on the divine text.’

On the Charlie Hebdo shootings – ‘I think that this magazine went out of their way to insult the Prophet and they put their very nasty cartoons on their front pages in the past. It obviously angers many Muslims.

‘I think it’s completely ridiculous, the idea that I should say I don’t condone the attack.’

He also called Mr Cameron, Mr Obama and the leaders of Pakistan and Egypt the ‘shaitan’, or devil, and said he wanted them to be killed.

On his plans for Britain – ‘We initiate the jihad against the kuffar [disbelievers] to make the name of Allah in the highest.

‘Next time when your child is at school and the teacher asks, ‘What is your ambition?’, they should say, ‘To dominate the whole world by Islam, including Britain, that is my ambition”.

When ISIS executioner Jihadi John was beheading hostages and posting the videos online, Choudary quoted a saying of the Prophet – ‘Whoever comes to dispute with him, strike his neck.’

On the monarchy – ‘I once gave a talk and I said Queen Elizabeth used to have one bath a year. I gave this talk in a church and there was a woman there at the front, an elderly lady, and she kind of shrieked at me. She said: ‘that’s a lie, she had two baths a year.’

The night before his conviction in 2016

Choudary told Sky News he was merely exercising his right to freedom of speech: ‘If you cannot say when you believe in something and you cannot share that view, then you don’t really have freedom to express yourself in this country.’

Choudary described ISIS leader Abu Bakr al-Baghdadi as ‘the Caliph of all Muslims and the Prince of the Believers,’ adding: ‘I think in many respects it’s the kind of society I’d love to live in with my family.’

Siddiqui, who was a biology major at MIT, said in 1993 that she wanted to do ‘something to help our Muslim brothers and sisters’ even if it meant breaking the law.

Siddiqui was sent by her neurosurgeon father from Pakistan to study in the U.S. on her own and won a partial scholarship to study at MIT in Cambridge, MA.

She arrived there in 1991 having been living with her brother in Texas, for a year where she studied at the University of Houston and gave regular speeches on Islam.

During one she told the crowd: ‘The hijab is not a restriction. It allows a woman to be judged by her content, not by her packaging, by what is written on the pages, not the pretty artwork on the cover’

Siddiqui became involved with the Al-Kifah Refugee Centre, a Brooklyn-based organisation which is thought to have been Al Qaeda’s focus of operations in the US. 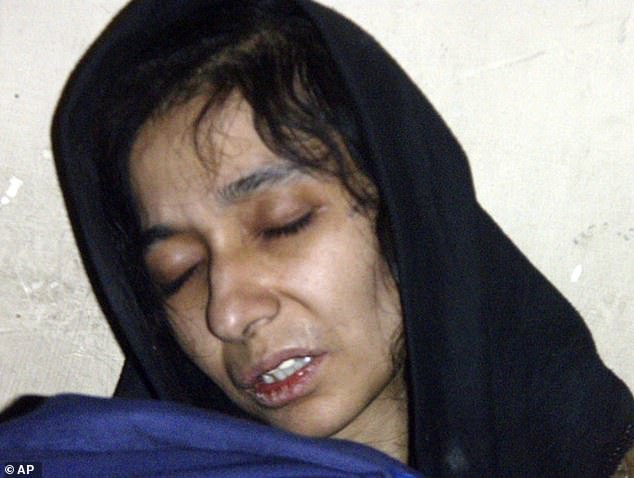 That same year Siddiqui did a 10-hour NRA shooting course at Braintree Rifle & Pistol Club on her own and urged other Muslims to join her. 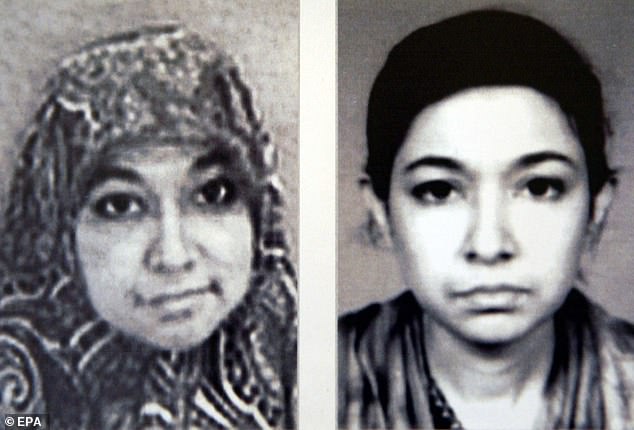 What happened in Pakistan before her arrest is unclear and even during her U.S. trial judge Richard Berman said he did not know what she was doing.

But even now such is her importance as a symbol of defiance to the West that Islamic State fighters publicly stated they wanted to swap her for James Foley, the American photojournalist they executed earlier this year.

Siddiqui declined to be interviewed when approached by the Boston Globe at the Federal Prison in Fort Worth, Texas, where she is being held.

Texas school shooting: The right responds to massacre by calling for more guns
Texas Elementary School Shooting: 14 Children Were Killed, Governor Abbott Says
Kimmel on gun control: ‘Our cowardly leaders just aren’t listening to us’ | Late-night TV roundup
Texas School Shooting: What gun control in the US would look like
One Louisiana lawmaker wants to allow folks to carry a concealed fire without a permit