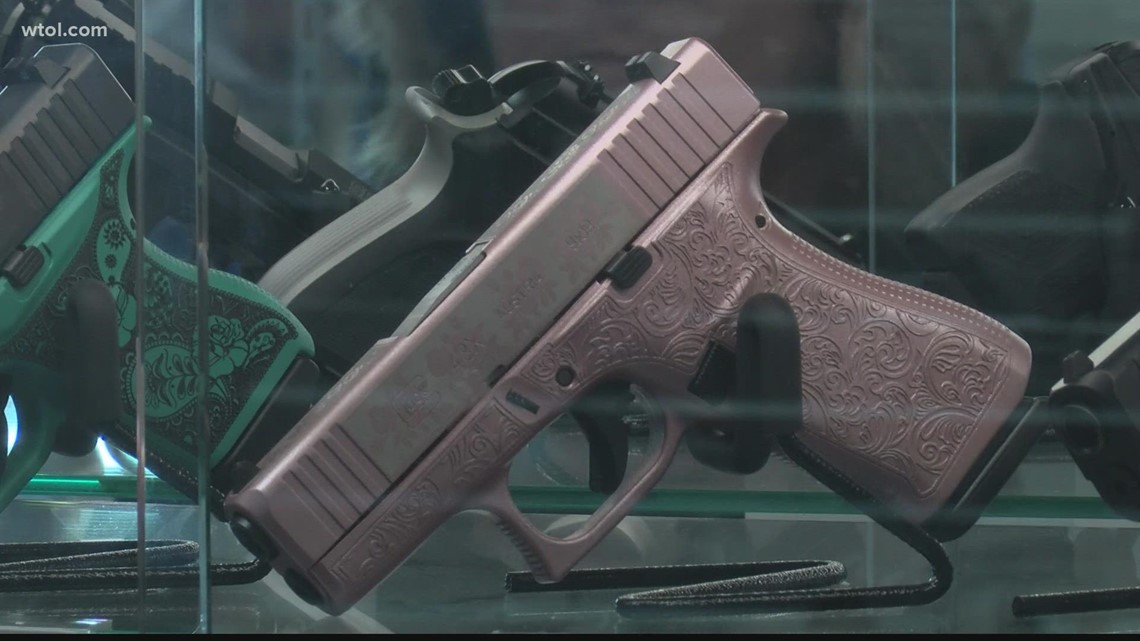 Current law requires Ohioans to undergo eight hours of training and a background check to obtain a CCW permit.

The state House is teeing up a final passage vote on legislation to remove training and background check requirements to carry a concealed firearm in Ohio.

Meanwhile, lawmakers inched forward on a bill to relax penalties for people carrying concealed weapons in prohibited places, and another restricting how local police can limit firearms sales or transportations during a “riot.”

On Tuesday, the House Government Oversight Committee reviewed Senate Bill 215, which would allow anyone 21 and up to carry without a permit so long as they lawfully possess the gun in question. Current law requires Ohioans to undergo eight hours of training and a background check to obtain a CCW permit.

Should the House pass the legislation again (they passed the same language contained in a different bill last year), it would go to the desk of GOP Gov. Mike DeWine. The governor has declined to take a position on the bill in public statements but told the Buckeye Firearms Association in writing during the 2018 primary that he would support a constitutional carry bill.

Tuesday’s hearing was brief. Democrats on the committee asked the lead sponsor, Sen. Terry Johnson, R-McDermott, about a section of the bill that removes a requirement that people stopped by police “promptly” notify officers they’re carrying a concealed weapon. The bill would only require them to do so if asked.

Democrats asked about opposition to the idea expressed during earlier hearings from law enforcement officials including Hamilton County Sheriff Charmaine McGuffey and Fraternal Order of Police lobbyist Michael Wineman. Johnson responded noting that the Buckeye Sheriff’s Association and state Highway Patrol have declined to weigh in. He also claimed that while individual law enforcement from “inner cities” might not support the bill, but those from “rural areas” would have different opinions.

Current law gives local police the power to block the sale and transportation of firearms, ammunition, or dynamite in a cordoned off area when suppressing a “riot” or when there is “clear and present danger of a riot.”

House Bill 325, which the committee sent to the full House for a vote, would declare firearm sales and transfers to be “life sustaining ‘essential’ businesses and services for the purposes or safety and security” during any “disaster, war, act of terrorism, riot, civil disorder, public health crisis, or emergency of whatever kind.” It also adds the term “mob” alongside “riot” in the statute.

The bill would block any government body from prohibiting the sale or transfer of any firearm, ammunition, or deadly weapon. It would also block governments from refusing to accept or process an otherwise lawful application for a concealed carry license. If a CCW license expires during an emergency, the legislation would extend the license.

Pro-gun lobby groups like the NRA and Buckeye Firearms backed the bill.

Ohio’s stay at home orders, issued in mid-March 2020 as the pandemic emerged and expiring around May of the same year, specifically allowed firearms stores to remain open. In written testimony, sponsoring Rep. Scott Wiggam, R-Wooster, said the legislation “clarifies that people cannot have their rights taken away during a declared emergency.”

David Lima, a social justice activist in Lake County, warned the legislation will have a chilling effect on peaceful protests. He noted the combustible combination of protesters, counter-protesters, “provocateurs,” and openly carried firearms.

Also Tuesday, the committee began its review of House Bill 455, which relaxes rules and penalties around unlawfully carrying a concealed weapon in a prohibited place.

Under current law, the offense is a first-degree misdemeanor, with a maximum penalty of six months in jail and a $1,000 fine.

HB 455 would instead create a new offense, “criminal trespass with a deadly weapon,” which only applies if a person carries a concealed weapon, gets caught, and refuses to leave the premises upon being requested to do so by the property owner or an employee. If he refuses or comes back with a concealed weapon within 30 days, he’d be guilty of a fourth-degree misdemeanor, punishable by up to 30 days in jail and a maximum fine of $250.

The same rules and penalties apply for people found to be carrying concealed weapons in school safety zones and courthouses — either of which are currently fifth degree felony offenses, with maximums of one year in jail and a $2,500 fine.

The legislation would lead to fewer violations of concealed handgun regulations that lead to criminal prosecution or the revocation of a concealed carry permit, according to analysis from the Legislative Service Commission.