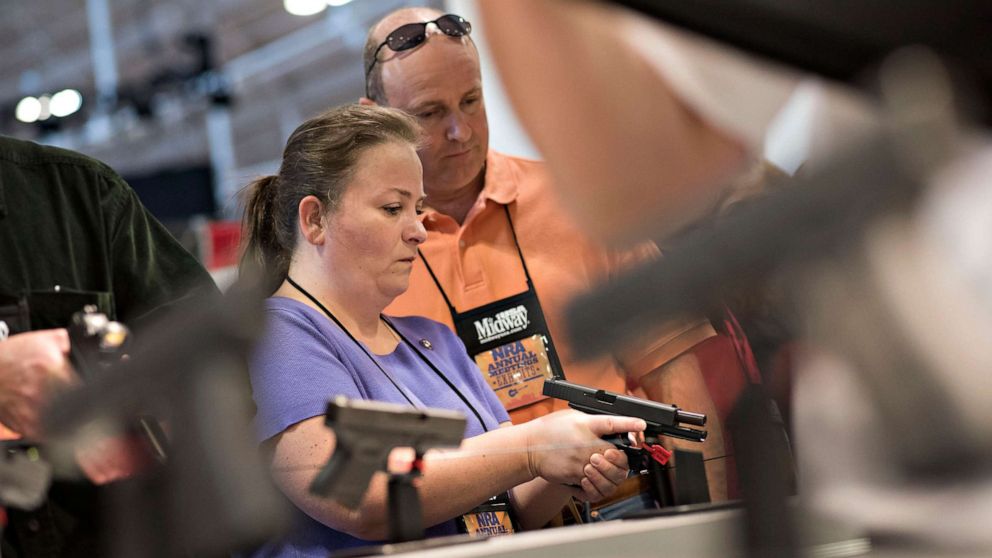 Legislation introduced in the Tennessee state legislature this month is raising alarms from the state’s police union and gun control advocates who say it could turn the streets into the “old West.”

Two bills in the state assembly and state senate, HB 254 and SB 2523, would amend Tennessee law and designate “a person who has been issued an enhanced handgun carry permit” as a member of law enforcement.

“As introduced, expands the definition of ‘law enforcement officer’ to include a person who has been issued an enhanced handgun carry permit; provided, that the permit is not suspended, revoked, or expired, for purposes of authority to carry a firearm under certain circumstances,” the summary for the bill reads on the Tennessee General Assembly website.

There are currently 686,348 active enhanced handgun carry permit holders in the state, according to the Tennessee Department of Safety and Homeland Security, which issues the permits. A spokesperson for the department declined to comment about the proposed legislation.

Although the legislation doesn’t yet have any hearings scheduled and the assembly version has only one co-sponsor, it’s already getting pushback, including from a police union who says it could ultimately lead to more gun violence.

Jonathan Gold, a Michigan-based firearms instructor and member of the non-profit Giffords Gun Owners for Safety, told ABC News the bill would encourage more vigilantism that would ultimately lead to more harm.

“I don’t understand our regression to the old West, because this is what it feels like,” he told ABC News. “I’ve studied the old West, and I don’t think anyone wants to go back to the murder rate of Tombstone.”

Under Tennessee’s gun rules, an adult civilian resident can apply for an enhanced gun permit, which allows for both open and concealed carry, by paying a $100 fee and providing an eight-hour handgun safety course certificate.

Several groups of residents can get an exemption to the training, including registered armed guards, members of the military and veterans, according to the Tennessee Department of Safety and Homeland Security.

State Sen. Joey Hensley, who introduced the state Senate version of the bill, told ABC News that the goal of the bill was to allow enhanced gun permit carriers to carry their weapons into locations where off-duty law enforcement enter, such as a store or restaurant that prohibits guns inside their business. Hensley said the bill would not allow enhanced permit holders to bring their weapons into courts or schools.

“This is trying to open it up so that people who go to the extreme to get this extra permit can have the right to defend themselves in more places,” the senator told ABC News Thursday.

The state’s largest police union, however, told ABC news that it is “adamantly opposed to this bill in its current form.”

Scottie DeLashmit, the president of Tennessee State Lodge for the Fraternal Order of Police, said police officers in the state “spend countless hours” on the gun range honing their marksmanship skills and must qualify annually with the same weapons.

“These vigorous standards are in place to ensure officers are familiar with their weapons,” DeLashmit said in the statement. “The enhanced handgun carry permit training is far less demanding than anything required from a cadet attending a basic law enforcement academy.”

Hensley, who does not have any experience in law enforcement, said the union has a misunderstanding of the bill and it’s not meant to make civilians law enforcement members.

“It’s not doing that at all,” he said, adding that he’s in conversations with the union and other police groups.

Gold, who has trained both civilians and law enforcement officers in gun use for over 20 years, said an eight hour training course doesn’t necessarily give gun permit holders the same knowledge and training that police officers have.

The majority of officers never brandish their guns and even fewer fire them in the line of duty, according to Gold. A 2017 survey by Pew Research Center found that 27% of officers reported firing their weapon during their career.

Paul Kemp, the co-founder of the grassroots group Gun Owners for Responsible Gun Ownership, told ABC News he believes the Tennessee legislation is part of a growing trend around the country that is encouraging legal vigilantism.

States across the country have introduced “stand your ground” laws and altered state codes to expand self-defense laws for when people use their guns.

Tennessee’s self-defense code states that “a person who is not engaged in unlawful activity and is in a place where the person has a right to be has no duty to retreat before threatening or using force against another person when and to the degree the person reasonably believes the force is immediately necessary to protect against the other’s use or attempted use of unlawful force.”

Kemp said the bill’s current lack of details would likely lead to confusion among civilians and law enforcement that could lead to more violence and legal headaches.

“I would find it difficult for law enforcement to distinguish between a civilian with an enhanced gun permit and a perpetrator or person they want to subdue,” Kemp said.

As of Thursday, there hasn’t been a hearing set for the bills in either body of the Tennessee Legislature.

Kemp said even if the Tennessee Legislature doesn’t move forward with the bill, he believes similar ones may soon appear in other statehouses, given the recent rise in gun purchases and the trend of lawmakers scaling back gun control laws.

Gold said more law enforcement agencies need to speak out against the bills and convince lawmakers that deputizing civilians with little to no training — and, more importantly, he said, follow-up trainings — will do nothing to curb crime.

“If I’m going to carry life and death in my hands, I’m going to be an expert at it or I’m not going to do it at all. There is no middle ground,” he said.