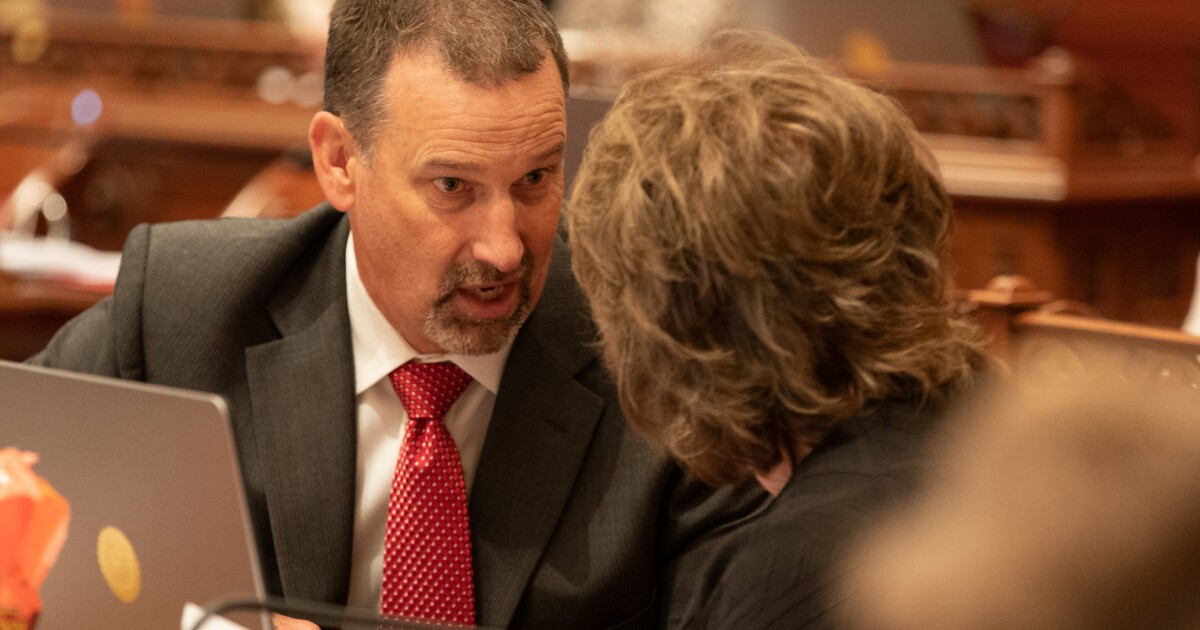 Last year’s failed attempt to recall California Gov. Gavin Newsom showcased some candidates thoroughly unfit to lead the state. The Republicans trying to replace Newsom included a talk radio shock jock, a reality TV star and a real estate developer who campaigned with a 1,000-pound bear. The governor effectively painted them as Trump-like characters out of step with this blue state and easily convinced Californians to reject the recall.

Now state Sen. Brian Dahle, a Republican who represents the rural north, is challenging Newsom for reelection with a more serious approach. He’s not about owning the libs on social media or trying to go viral with bizarre campaign stunts. In a state Capitol where Republicans have no power, Dahle is a respected legislator who values bipartisan comity and understands how government works. He’s developed an unusual record during his decade in Sacramento.

Dahle votes with the NRA and against Planned Parenthood, but he considers the Democratic Assembly speaker a good friend. He represents a district that is 80% white but served on a committee devoted to boys and men of color to identify ways to help Native Americans in his region. Dahle co-wrote Democratic legislation to curb surprise hospital billing and broke from his party to support a new fee on cellphones to improve 911 service following catastrophic wildfires in his district.

Dahle told me he was one of just two Republicans who routinely showed up to play cards at Democratic Assembly Speaker Anthony Rendon’s Sacramento home. When Dahle became the Assembly Republican leader in 2017, he flew to Los Angeles to meet Rendon over beers. Rendon said they developed a warm and respectful relationship during seven years working together in the Assembly, including several visits at Dahle’s farm.

“I’d be at a taco truck in downtown L.A. and I’d call him up and he’d say, ‘I’m on my tractor right now, I’ve got to turn it off,’” Rendon recalled. “I think we’ve learned from one another’s perspectives, just from how different we see the world based on, to an extent, where we come from.”

Dahle’s background in agriculture is one of many ways he’s contrasting himself with Newsom. Big-city Democrat versus Republican farmer. Powerful politician versus scrappy underdog. To the extent there will be much of a campaign in this lopsided race, both men will spend much of it emphasizing their ideological differences — on guns, abortion, criminal justice and, of course, COVID-19 vaccine and mask mandates.

It’s worth noting, however, that Dahle and Newsom have some things in common — not only as white men in their mid-50s, but also in their origin stories. Both men come from families deeply rooted in their respective corners of California, Newsom as a fourth-generation San Franciscan and Dahle farming land near the Oregon border that once belonged to his grandfather. Both began their careers as entrepreneurs, Newsom opening a wine shop with the help of family friends and Dahle launching a seed business on the family farm. Both got into local politics on their county board of supervisors before setting sights on the state Capitol.

In another era, Dahle might have been a viable challenger to a weakened governor, but Californians haven’t elected a Republican to statewide office since 2006. Twin hangovers from the failed recall and Trump’s disastrous presidency have left the California Republican Party further hobbled and unable to mount winning statewide campaigns.

Dahle’s record as a level-headed lawmaker and his reputation as a nice guy aren’t enough to keep him out of the Trump trap — unable to appeal to most California voters because of his support for Trump, unwilling to renounce Trump’s Big Lie and lose the MAGA sliver of the electorate, which dominates in his district.

Dahle complained that Newsom’s campaign has already begun casting him as a Trump supporter — “It’s how they win,” he said — yet he has not articulated a meaningful rebuttal.

He wouldn’t give a straight answer when I asked if he believes President Biden was legitimately elected. Nor would he share his perspective on the events of Jan. 6, 2021, when Trump’s attempt to overturn Biden’s election resulted in a deadly attack on the Capitol: “I’m not going to get caught up in all that,” he said. “I refuse to go there.”

California voters are concerned about the state and would benefit from a robust contest of ideas in this election. With many worried about crime and homelessness, 54% of registered voters now believe California is on the wrong track, according to a recent poll by UC Berkeley’s Institute of Governmental Studies and co-sponsored by the Los Angeles Times.

But the majority of California voters won’t take seriously candidates who avoid the truth. The world watched Trump stir up baseless suspicion about the 2020 election. His outlandish claims triggered violence that left many families grieving and marred our nation’s tradition of the peaceful transfer of power. Sure, it’s refreshing to hear that Republicans and Democrats can drink beer together. But silence about Trump’s destructive web of lies is no way to ask for votes.