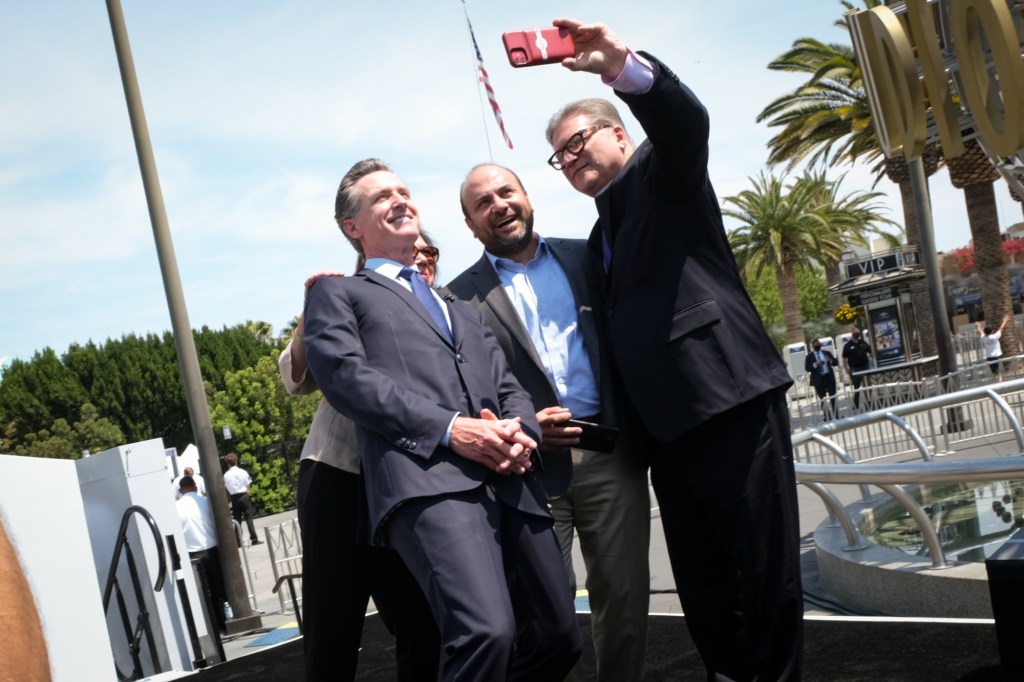 Guns and abortion may be the two defining issues of the U.S. Supreme Court’s current term, and California politicians, with their typical arrogance, are attempting to use one issue to influence the justices’ decision on the other.

“We’ll see how principled the U.S. Supreme Court is,” Gov. Gavin Newsom sneered last week. Lately the governor has made it a practice to insult federal judges. In June, Newsom publicly called U.S. District Judge Roger Benitez “a stone cold ideologue” and “a wholly owned subsidiary of the gun lobby and the National Rifle Association,” after the judge issued a 94-page ruling striking down California’s ban on what the state defines as assault weapons.

Newsom’s comments about Benitez drew sharp criticism from the San Diego County Bar Association, which said in a statement, “attacking the personal character of the judge rather than the substance of the legal ruling undermines public confidence in the judiciary and its role in interpreting and applying the law.”

But undermining public confidence in the judiciary seems to be the governor’s plain intention.

In September, the U.S. Supreme Court allowed a unique Texas anti-abortion law to go into effect while legal challenges proceeded. The law bans all abortions after a fetal heartbeat is detected, about six weeks into pregnancy, but it also bans government officials from enforcing the law. This is a legal trick that blocks the ability of the federal courts to issue an injunction that halts the enforcement of the law. There’s no government official or agency that can be ordered to stop enforcing it.

Instead, the Texas law allows any individual to file a lawsuit against anybody, except the patient, who enables or performs an illegal abortion. The person filing the lawsuit doesn’t have to have any connection to the case, and doesn’t even have to live in Texas. People who file such a lawsuit and win can collect a bounty of $10,000 and have their legal fees paid.

Defenders of the Second Amendment right to keep and bear arms immediately saw that allowing anybody to sue someone for violating an anti-abortion law would open the door to a law that allows private lawsuits against individuals for violating an anti-gun law. The Firearms Policy Coalition filed a brief in the Texas case that warned of the risk that the “novel scheme for infringing upon and chiling the exercise of the right to abortion…if allowed to stand could…just as easily be applied to other constitutional rights…such as the right to keep and bear arms.”

That’s exactly what’s happening now. Newsom is seeking to box in the justices with a new California anti-gun law that mimics the structure of the Texas anti-abortion law. Sen. Bob Hertzberg, D-Van Nuys, is the author.

The law would allow individuals, as well as the state attorney general, to sue manufacturers of certain firearms and anyone who transports or sells them for the harm that results from the use of the weapons. Winners would collect a bounty of $10,000 and have their legal fees paid.

“In a just world, a woman’s right to choose would be sacrosanct, and California’s people would be protected from ghost guns and assault weapons,” Hertzberg intoned at a press conference to announce his bounty-lawsuit bill. He said it will “take advantage of the Court’s flawed logic to protect all Californians and save lives.”

But the Supreme Court can foil that “advantage” very easily.

The justices are considering a case out of Mississippi, Dobbs v. Jackson Women’s Health Organization, that is a direct challenge to Roe v. Wade, the 1973 decision that prohibited states from making abortion illegal in the early months of pregnancy by declaring a constitutional right of privacy.

Even longstanding precedents can be overturned, and it has happened in the past. For example, in 1938 the justices overruled the 1842 case of Swift v. Tyson, even though its legal doctrine had been applied by the courts for almost a hundred years. “Throughout that long period the federal judiciary, as we now see it, encroached upon the authority of the several states, producing a considerable dislocation in our federal system,” wrote legal scholar Charles Fairman in 1950.

In striking down the Swift v. Tyson doctrine, Justice Louis Brandeis called it “an unconstitutional assumption of powers by the Courts of the United States which no lapse of time or respectable array of opinion should make us hesitate to correct.”

The current justices may be closely divided on the question of whether to issue a ruling in the Dobbs case that completely overturns Roe v. Wade. If they do, then the Texas anti-abortion law wouldn’t be violating any federal constitutional right. But California’s gun laws are something else – the Supreme Court could easily strike down many of the state’s various bans, mandates and regulations pertaining to firearms as violations of the Second Amendment.

So the Newsom/Hertzberg tactic of calling out the court for not being “principled” may be too clever by half. It could backfire if some of the justices decide they must knock down these new schemes by politicians to craft laws that trample on the exercise of constitutional rights while evading the possibility of judicial review. One day history may record that abortion rights ended in the United States because there were three votes to strike down Roe v. Wade and two votes to strike down Newsom and Hertzberg.

Write Susan at Susan@SusanShelley.com and follower her on Twitter @Susan_Shelley.