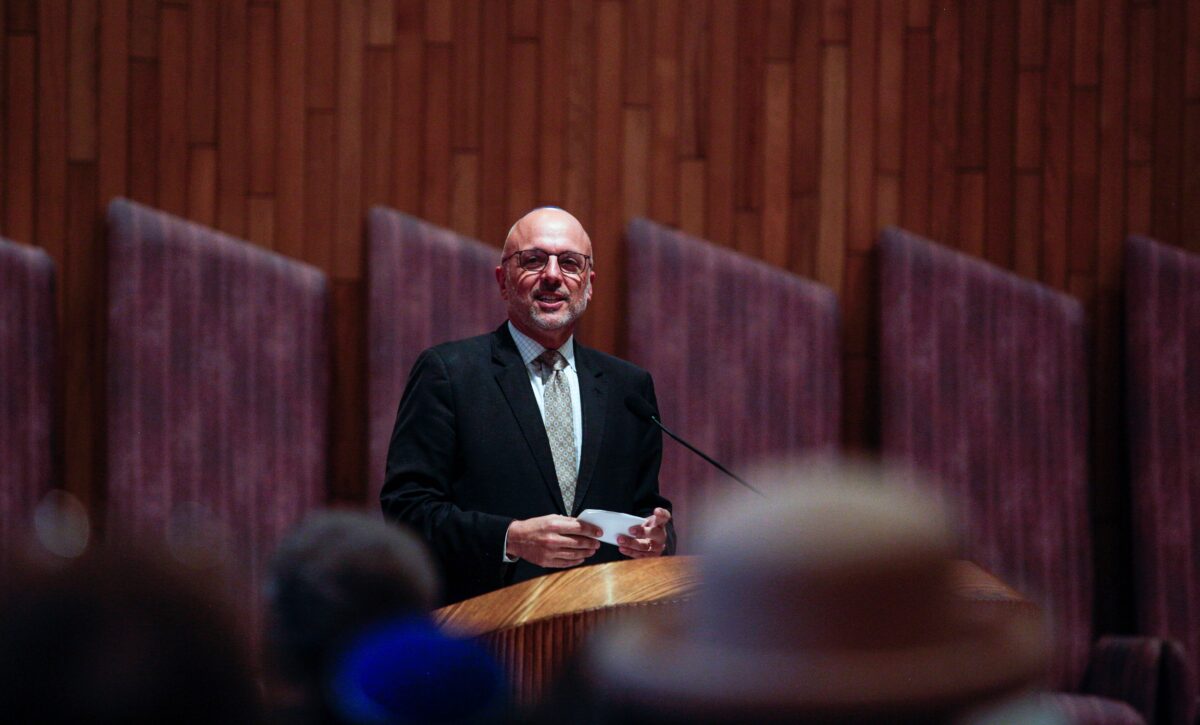 Rep. Ted Deutch (D-Fla.) has announced that he will not seek reelection in 2022, making him the 31st Democrat who plans to retire ahead of the midterms.

“After serving the public for more than 15 years, I have decided I will not seek re-election this November,” Deutch said in a statement released to his House website.

The statement continued: “In my seven terms in Congress, I have worked hard and tried to find common ground. I’m proud of my work to make our communities safer from gun violence, strengthen social security, and protect our most vulnerable seniors, and ensure Holocaust survivors can live in dignity.

“Since 2013, my colleagues have selected me to lead our critical foreign policy work in the Middle East. Even as Iran continues its illicit quest for nuclear weapons and support for terror groups worldwide, we are also witnessing a new era of cooperation in the Middle East that brings transformative new opportunities. For me, this foreign policy work has been a natural continuation of my deep ties to the American Jewish community and my long-standing advocacy on behalf of the U.S.-Israel relationship.”

Deutch, who was a founding co-chair of the House Bipartisan Task Force for Combating Antisemitism, says that he will become the CEO of the American Jewish Committee after he retires, citing an “unprecedented rise in antisemitism in our own country and abroad.”

Before entering the U.S. House, Deutch served in the Florida Senate.

In 2010, he won election to the U.S. House as representative of Florida’s nineteenth congressional district. In a general election battle later the same year, Deutch took 62.6 percent of the vote compared to the GOP’s 37.3 percent.

After redistricting due to the 2010 census, Deutch’s district became the 21st district of Florida. In both 2012 and 2014, Deutch faced no substantial opposition.

One of Deutch’s top policy issues while serving in the House has been to pass strict gun control legislation, and he has received an “F” rating from the National Rifle Association.

“The majority of people in this country now understand that there are limitations on the Second Amendment,” Deutch said in a meeting with President Donald Trump. “You cannot own an automatic weapon. You cannot own a bazooka. And so there is no reason to continue to sell to people a weapon of war like this,” Deutch added, referencing semiautomatic rifles.

After the 2018 Stoneman Douglas High School shooting, Deutch cosponsored the so-called “Assault Weapons Ban” Act, which listed a series of what Democrats called “assault weapons.” If passed, the bill would have made it “unlawful for a person to import, sell, manufacture, transfer, or possess, in or affecting interstate or foreign commerce, a semiautomatic assault weapon.”

“Americans don’t own tanks or missiles,” Deutch said while voicing support for the measure, “so why should our streets be flooded with weapons of war made for the sole purpose of killing people?”

Deutch has also put much effort toward defending Israel in the Israeli-Palestine conflicts.

In January 2017, Deutch joined with most of the House to condemn U.N. Security Council Resolution 2334, which declared Israel to be in violation of international law for building settlements on Palestinian land.

The resolution said that the U.N.’s condemnation “ignores Palestinian terrorism, incitement to violence, and payments to families of terrorists.”

Deutch has also tried to pass legislation to address the U.N.-led predictions of a climate crisis, particularly favoring a carbon tax.

With Deutch’s decision to resign, he joins a string of other Democrats who will not seek reelection in 2022. One of the earliest and most prominent Democrats to announce their retirement was House Budget Chairman John Yarmuth (D-Ky.), a long-serving member of Democrats’ caucus and the sole Democrat elected by Kentuckians to serve in Congress.

Midterm elections, which usually go well for the out-of-White House party at the best of times, are expected to be especially in Republicans’ favor this year amid skyrocketing inflation and energy costs, record-breaking levels of crime across the country, supply chain shortages, and unprecedented levels of illegal immigration across the southern border.

As retirements among Democrats have mounted, depriving Democrats of their incumbent advantage, Republicans have the chance to make their case in swing-vote districts that were previously represented by a locally-favored Democrat.

By contrast, relatively few Republicans in the House have plans to retire, and GOP retirements have largely come from those who have quarreled with Trump in the past.

Joseph Lord is a Congressional reporter for The Epoch Times who focuses on the Democrats. He got his Bachelor of Arts in Philosophy from Clemson University and was a scholar in the Lyceum Program.

Illinois Dems’ action on assault weapons doesn’t match rhetoric
Don’t believe the attack ads. I won’t ban birth control — but I will stand up for your rights.
How to send Putin a message.
Outraged Uvalde Residents Rise Up Against Local Fundraiser for NRA
Former Sioux Falls mayor hopes to raise awareness of gun violence prevention