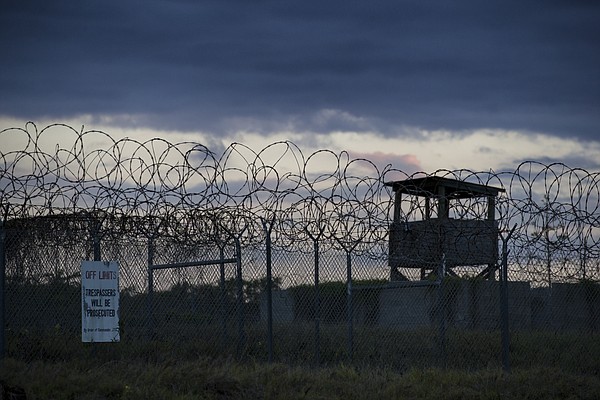 Senator back at work after stroke

WASHINGTON — Sen. Ben Ray Lujan of New Mexico returned to the Senate on Thursday, barely a month after suffering a major stroke that sent a chill through fellow Democrats clinging to a 50-50 majority.

Lujan, 49, walked into a Senate Commerce Committee meeting without assistance and was greeted with a bipartisan standing ovation.

“To every one of you that sent me notes, sent videos, and all the prayers, it worked,” he said. “And it’s good to be back, I’ll tell you.”

Aside from a buzz cut, Lujan looked and sounded much the same. He thanked all those who treated him, attended to him in the hospital and sent him good wishes. He said he was “back to work” and expects to fully participate in Senate business going forward, including a Thursday floor vote.

Lujan’s return comes as a personal relief to his colleagues, but also as a political relief to Democrats, who were faced with the prospect of a long-term absence when news broke of his stroke. Several key partisan votes lie ahead on the Senate agenda, none more closely watched than the U.S. Supreme Court nomination of U.S. Circuit Judge Ketanji Brown Jackson.

WASHINGTON — The U.S. Supreme Court sided with the government Thursday and dismissed a case involving a Guantanamo Bay detainee captured after the Sept. 11, 2001, attacks and tortured by the CIA abroad who has sought information about his treatment.

The United States insisted that the information Abu Zubaydah sought must remain secret even though much has been widely reported.

Zubaydah, who was seized in Pakistan in 2002, was once thought to be a high-ranking member of the al-Qaida terrorist group that carried out the 2001 attacks. He was tortured while being held at so-called CIA black sites abroad before being transferred to Guantanamo in 2006.

Zubaydah was seeking to get the testimony of two former CIA contractors as part of an investigation into his treatment in Poland, where it has been widely reported he was once held. But six justices agreed his case should be thrown out.

Justice Stephen Breyer wrote for the majority that the government had argued “Zubaydah’s discovery request could force former CIA contractors to confirm the location of the detention site and that confirmation would itself significantly harm national security interests.”

“In our view, the Government has provided sufficient support for its claim of harm to warrant application” of the so-called state secrets privilege, he said.

NEW YORK — A judge has rejected an effort by New York’s attorney general to put the National Rifle Association out of business, but will allow her lawsuit accusing top executives of illegally diverting tens of millions of dollars to proceed.

Manhattan Judge Joel Cohen said Wednesday that allegations of NRA officials misspending on such things as personal trips and no-show contracts can be addressed by other remedies, such as fines and restitution, and do not warrant the “corporate death penalty” that Attorney General Letitia James had sought.

James’ lawsuit tells “a grim story of greed, self-dealing, and lax financial oversight” at the NRA’s highest levels, but it does not allege any financial misconduct benefited the organization or harmed the public, or that the NRA is incapable of “continuing its legitimate activities on behalf of its millions of members,” Cohen wrote.

The judge also raised concerns that shutting down the NRA could impinge the free speech and assembly rights of its millions of members. But he said James’ lawsuit may continue against the NRA, longtime leader Wayne LaPierre and three other former executives.

NRA President Charles Cotton called the ruling a “resounding win for the NRA, its 5 million members, and all who believe in this organization.”

The decision by Judge Amy Clark Meachum stems from a lawsuit filed by the American Civil Liberties Union, the ACLU of Texas and Lambda Legal. The suit seeks to block a directive to the Texas Department of Family and Protective Services to investigate parents who allow their children to medically transition genders.

Meachum’s ruling Wednesday grants a temporary restraining order to the plaintiffs in the case, but it does not prevent Texas from investigating other parents. The judge will consider that question March 11.

“It is a cruel and punitive zealousness with which the Texas governor and attorney general are proceeding to persecute transgender youth and their families,” Gonzalez-Pagan said. “It is reprehensible and should really cause alarm for everybody.”