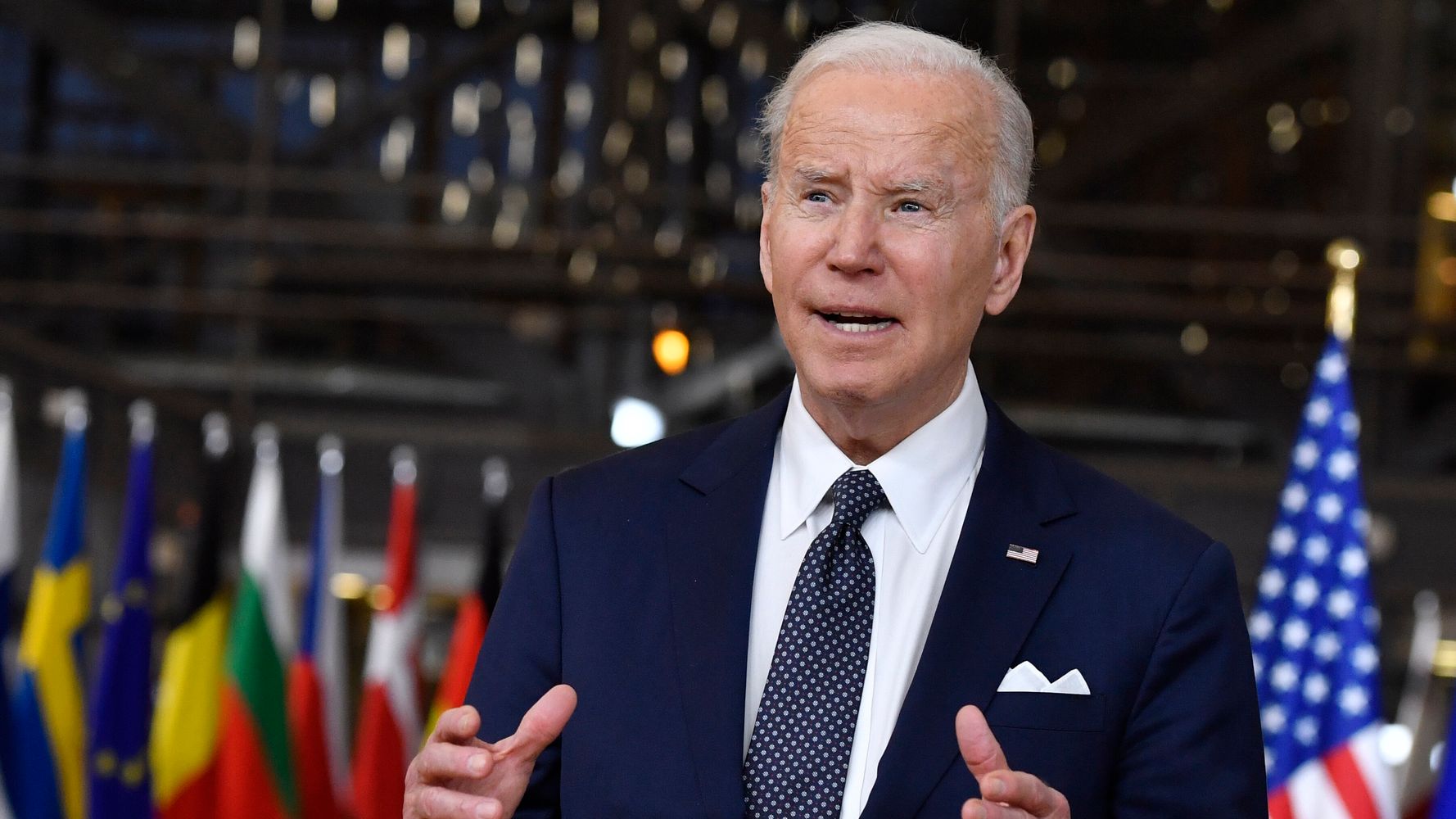 President Joe Biden signed the reauthorization of the Violence Against Women Act last week, a major accomplishment after the bill languished in Congress for years during the Trump administration. But there was one big omission in the final package ― and gun safety advocates think Biden could fix it right away.

With the simple stroke of a pen, Biden could close the dangerous “boyfriend loophole,” advocates tell HuffPost. VAWA includes prohibitions on gun ownership for people who have been convicted of domestic violence who are spouses, cohabitants or people with whom a victim has a child. But the boyfriend, or dating partner, loophole is a gap in gun safety protections found in VAWA that has historically allowed unmarried dating partners convicted of misdemeanor domestic violence to buy or own firearms.

Advocates say the text in a specific amendment, however, could be interpreted by the executive branch to include current or former dating partners as well as stalkers.

In 1996, two years after the Violence Against Women Act was created, the Lautenberg Amendment was passed with bipartisan support in the Senate. The amendment, which garnered support from Republican senators including Mitch McConnell (Ky.) and Chuck Grassley (Iowa), prohibits gun ownership for “attempted use of physical force, or the threatened use of a deadly weapon, committed by a current or former spouse, parent, or guardian of the victim, by a person with whom the victim shares a child in common, by a person who is cohabiting with or has cohabited with the victim as a spouse, parent, or guardian.”

Essentially, the protections cover any convicted domestic abuser except stalkers and current or former dating partners. Often overlooked, however, is the next sentence, which says that gun ownership is additionally prohibited “by a person similarly situated to a spouse, parent, or guardian of the victim” who has been convicted of misdemeanor domestic violence.

Biden could clarify that “similarly situated” language through a regulatory process that would broaden the definition of who is a domestic abuser in the eyes of federal law, advocates tell HuffPost.

Leaving this issue to be solved subjectively by different courts across the country is problematic for a number of reasons. It doesn’t give clear guidance on how the federal government defines a domestic abuser and who specifically will lose the right to own a firearm. It also leaves background check operators attempting to ascertain who should be denied the purchase of a firearm in a gray area, which could cost a domestic violence victim her life.

So where does Biden and his administration come in? The president could direct the Bureau of Alcohol, Tobacco, Firearms and Explosives (ATF) to propose a definition that clearly defines the dating relationships that fall under “similarly situated to a spouse” included in the Lautenberg Amendment, Wilcox explained. The ATF and the Department of Justice would then submit that proposed definition to a notice-and-comment period to update the regulations.

The Biden administration has already done something similar. Last May, the president directed the Department of Justice and the ATF to propose a regulation to stop the proliferation of ghost guns, which are unregistered firearms often purchased in separate parts to evade authorities. The regulation went through a notice-and-comment period, and the administration is awaiting a final rule, expected sometime next month.

The regulatory process would ensure that a future Republican president wouldn’t simply be able to undo the change through executive action. Any future administration would have to go through the rule-making process all over again if it wanted to change the language back to its original text.

Although the length of a regulatory process can vary greatly, Wilcox anticipates the process to close the dating partner loophole would be similar to that of the timeline on ghost guns.

“We know how vitally important this type of clarity is because dating partners are just as likely to kill their partner as a spouse is,” Wilcox said.

“We know how vitally important this type of clarity is because dating partners are just as likely to kill their partner as a spouse is.”

Research shows that access to a gun makes it five times more likely that an abusive partner will kill his female victim, and nearly half of all women killed in the U.S. are murdered by a current or former intimate partner, according to the Educational Fund to Stop Gun Violence. Every month, an average of 70 women are fatally shot by an intimate partner, according to Everytown for Gun Safety. In 2020 alone, 60% of intimate partner homicides were committed by dating partners and 80% of the domestic violence calls to law enforcement involved dating partners, according to the National Coalition Against Domestic Violence.

The legislation needs to be updated to “reflect the times,” said M. Gabriela Torres, a Wheaton College anthropology professor whose research focuses on the relationship between the state and gender-based violence.

“People are marrying much later in life and there is a greater rate of divorce, which means the number of people who are married is much less than it used to be,” said Torres. “So the population that is left at risk is higher than the population that’s covered [under the Violence Against Women Act].”

Even if Biden decided to pursue the regulatory process he did with ghost guns, there would be major opposition from gun lobby groups, such as the National Rifle Association, and the GOP lawmakers they fund. The NRA is infamous for lobbying against efforts to broaden the definition of domestic abusers, opposing 51 laws in 29 states that have helped disarm abusers, said Shannon Watts, founder of Moms Demand Action.

“Despite all of the data that shows these [gun safety] laws are constitutional and effective, the NRA wants us to believe that women are being killed by shadowy intruders during home invasions. But we know that women overwhelmingly die at the hands of men they know,” said Watts. “And the Senate Republicans who refused to close the dating partner loophole in VAWA made it clear by doing that who they really work for ― and it’s certainly not the women who live in their state.”

Biden led the passage of the landmark Violence Against Women Act back in 1994 when he was a senator. Over the years, he’s touted its success and made it a central piece of his 2020 presidential campaign. And it is a big achievement: The original VAWA bill helped reduce intimate partner violence by more than 50% from 1993 to 2008. The bill was a turning point in the cultural conversation around domestic and sexual violence, and it continues to offer critical protections for marginalized groups.

But for Biden to see his groundbreaking work through to the end, he needs to close the boyfriend loophole, advocates told HuffPost.

“The NRA has opposed closing the dating partner loophole, knowing that doing so would result in fewer gun sales ― women’s lives be damned. And now President Biden… has the chance to address the dating partner loophole himself ― gun lobby be damned,” Watts said. “This is a real opportunity for the president to continue his work as one of the authors of the original bill in the ’90s and finish the job.”

CORRECTION: An earlier version of this article misstated that the Lautenberg Amendment was part of the Violence Against Women Act. The amendment is separate from the VAWA legislation.