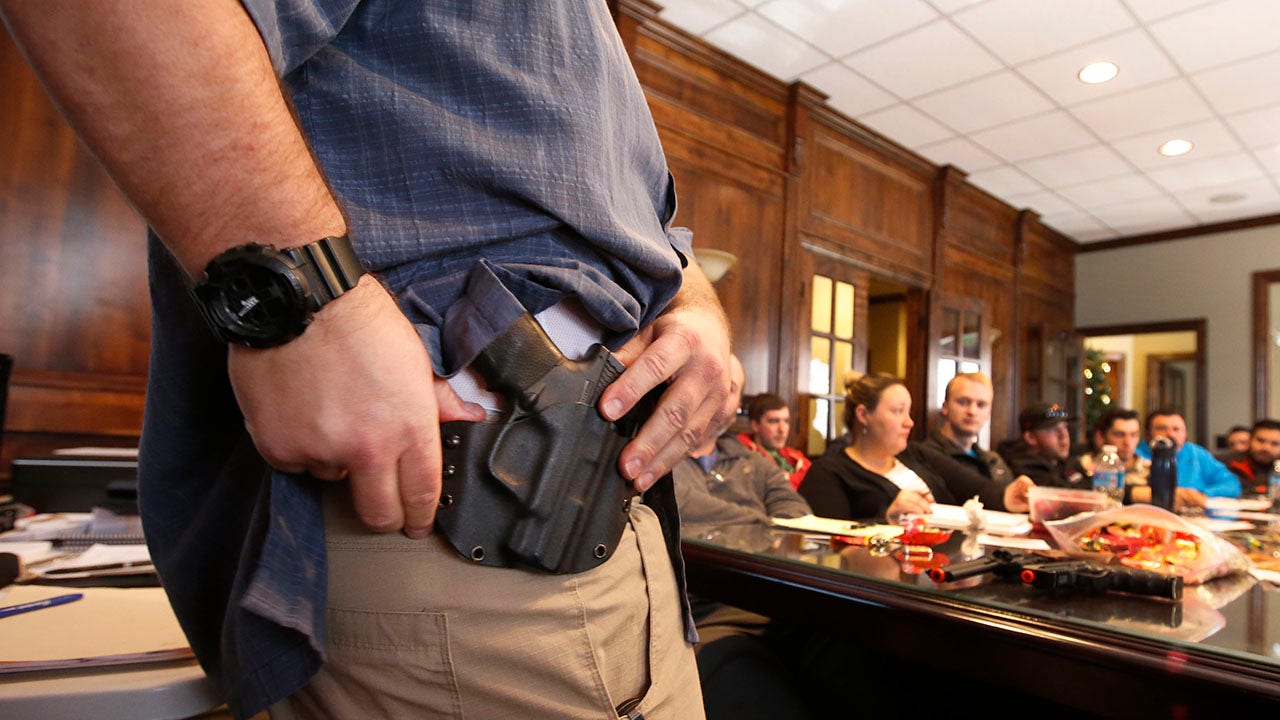 Georgia’s state Senate passed the state’s constitutional carry bill on Friday, setting Georgia up to become the 25th state in the union to not require a permit to carry concealed firearms for legal gun owners.

The 34-22 vote sends the bill to the desk of GOP Gov. Brian Kemp, who is expected to sign it. The bill passed the state House on Wednesday.

“The Constitution should be our carry permit, and I look forward to signing a Constitutional Carry measure this year to enshrine hardworking Georgians’ ability to protect themselves and their families in Georgia law,” Kemp said this month.

Georgia’s law is a milestone for Second Amendment activists, who’ve supported such laws – which allow legal gun owners to carry concealed weapons without a permit – for decades.

“The success of the carry movement in America cannot be denied at this point. When Gov. Brian Kemp signs this landmark legislation, half of America will protect the right to carry as an inherent and inalienable right,” National Rifle Association (NRA) Chairman Wayne LaPierre told Fox News.

“This milestone really shows the divide between Washington and the rest of the country,” LaPierre continued. “While the majority of states pass laws that ensure their constituents’ Second Amendment and self-defense rights are protected, the Biden administration fails to prosecute criminals and tries to enact gun control schemes and undermine self-defense laws. In essence, they’re overprotecting and indulging criminals while penalizing good Americans.”

Democrats, meanwhile, argue that getting read of concealed carry permitting requirements is dangerous for citizens.

“Because when you say that you want people to be safe, how can you say that you are willing to take away background checks and mental health checks before someone can have a weapon in this state?” Georgia Democrat gubernatorial candidate Stacey Abrams said at a campaign stop in Atlanta in January.

Vermont is the only state to always have “constitutional carry” as its concealed carry policy. As recently the 1980s, most states either did not allow concealed carry at all or had “may-issue” laws, meaning that it was up to the discretion of government officials whether a person has a good reason to own a gun.

Lobbying efforts by activists including the NRA pushed most states to “shall-issue” systems by the mid-2000s. That meant as long as a person passed a background check the government was required to give them a concealed carry permit. But in the past decade, state-after state repealed their shall-issue laws, replacing them with constitutional carry and giving all legal gun owners the right to carry their guns in public.

Georgia will soon join them.

“This is truly a grassroots movement – the result of decades of hard work,” LaPierre said. “The NRA recognized the need for right-carry-legislation and started pursuing it state-by-state. We would not be here today if it weren’t for millions of pro-gun voters who have helped ensure our continued success in elections – particularly at the state level.”