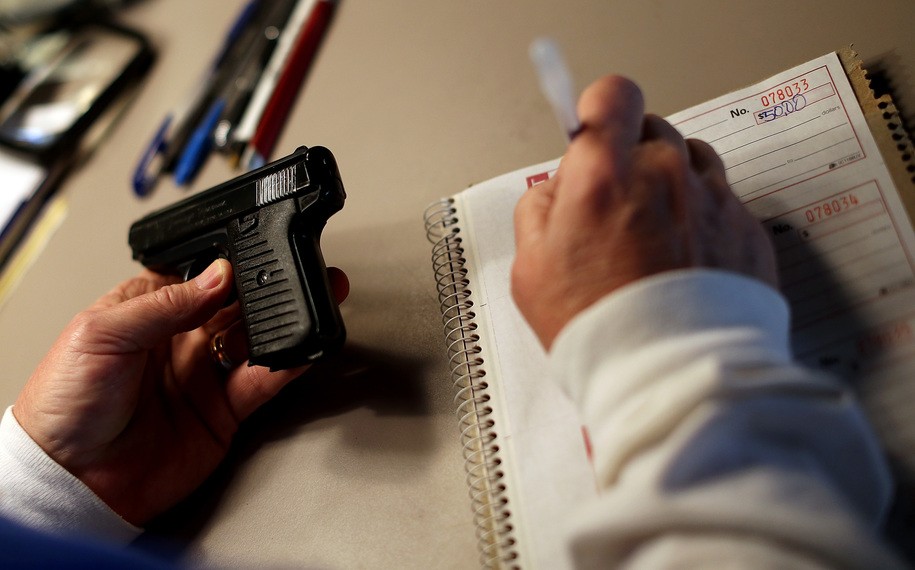 A new study again confirms it: Republican-led states have higher murder rates than Democratic ones. While your Tucker Carlson-watching uncle may be utterly convinced that Portland, Oregon, has been burned to the ground, or regaling his email lists with any number of tales he heard directly from Donald Trump’s inflamed appendix, the truth of the matter is that the states with high violent crime rates tend to be led by conservative Republican politicians.

So then, which causes which? That’s not clear, but the Yahoo! News writeup of the study provides a nice, terse summary of what we know does predict violent crime rates. They “are found in areas that have low average education levels, high rates of poverty and relatively modest access to government assistance,” which not coincidentally describes much of the deep-conservative South. It may be that fear of violent crime makes Americans more conservative; certainly, anyone with a passing familiarity with Fox News knows that America’s top conservative news source got that way with hosts that scream in bug-eyed terror over all the ways that you, personally, are in imminent danger of being murdered by immigrants, or bilingual people, or the Socialisms, or anyone who thinks American police are straight-up murdering too many of the people they come in contact with these days.

It’s also the precise fear that made the National Rifle Association what it is today. ‘Violent crime is coming for you; you’d better buy 10 guns and stuff your closet with ammo so that you can heroically save the day by being violent at everybody else first!’ That’s been the steady refrain in every magazine and speech and podcast, all of it sponsored by the murder—ahem, “safety”—industry.

But the reality remains: If you want to reduce violent crime, you fix up the schools to raise education levels, you institute programs to lift people out of poverty, and you provide government assistance to make sure people are at least getting food and a roof over their heads. Since all of these are things that Republicanism is absolutely bug-eyed dead-set against in any form, in any venue, we’re hardly going out on a limb by saying A leads to B leads to C.

Hmm. And yet, that’s not something you really hear on not-conservative television shows. You don’t see CNN shows with liberal hosts screaming that Republican lawmakers are coming to your town, to your street, and with them comes MURDER. It may be that non-conservative Americans are simply less motivated by such paranoias, at a gut level, and so the Fox News approach to creating an endless wave of enemies won’t work on anyone not predisposed to such panic.

Anyhoo, this study is not likely to convince any of the people that need convincing; conservatives have long insisted that we need to gut social programs, including our schools, because regardless of the actual outcomes of doing that it is simply not “fair” for Americans to pay taxes for those things. It is better, in conservatism, to increase poverty and cause higher rates of violence than it is to decrease poverty through government action; the resulting high crime rates can then be dealt with by convincing Americans to buy guns to protect themselves from the new criminals. Then when those Americans commit violent crimes themselves, as they attempt to police their towns, a new set of Americans must be recruited who are willing to buy more and better weapons than the previous group.

Repeat this process for a few decades and eventually you end up with police departments decked out in military gear so as to best fight against all the “good” Americans who spend a lot more on their guns than schools are given for textbooks. Or, as the Republicans call it, a conservative utopia.

Still, though, while researchers are not willing to hypothesize whether high rates of violent crime cause Republicans to get elected or if Republicans getting elected causes crime rates to rise, I think we can be a little more gutsy than that. Currently, Republicanism is actively encouraging the sort of paranoias and hoax-premised outrage that goads Americans into becoming violent. Fox News has a laundry list of named American enemies, from abortion providers to immigrants to think tanks, and violence against the targets of the day is now a semi-regular occurrence. Conservative pundits promote all manner of hoaxes, and the advertisements that appear next to each are conspicuously heavy with promotions for guns and other weapons.

Oh, and the near-entirety of the Republican Party continues to back a sedition-premised hoax intended to overthrow the U.S. government, one that led to multiple deaths at the U.S. Capitol when the Republican base actually believed the lies and were successfully goaded by a Republican White House into taking violent action to make it happen. So, yeah. Yeah, we can pretty definitely say that Republicanism is at this point an intrinsically pro-violence movement, something that it shares with all previous forms of fascism and one that will certainly be inspiring future murderous acts as the party works mostly successfully to make damn sure anyone who helped spur such violence remains unpunished and powerful enough to attempt it again.

As a side note, those of you who click on the links to the study will immediately see that it is sponsored by, ahem, “Third Way,” the faux-centrist organization that saw the rise of Republican fascism and Democratic opposition to that new extremism, and came up with the grotesquely lobbyist-friendly idea that what America really needs is a “Third Way” that will oppose some fascist dismantling of our modern society while chastising the people who fight against it more vigorously as being narrow-minded and a bit rude. Now that that thinking has helped to produce the first attempted coup since the Civil War days, they may or may not be rethinking their approach. But the study is sound and basic stuff, so we can trust that part of it. Yeah, the conservative agenda has for a long while focused on things that increase violent crime; that’s why generationally conservative states and regions continue to Suck Big Time in pretty much every societal measure.

It’s only going to get worse as places like Texas get it into their heads that they can privatize laws by putting them into the hands of “bounty” hunters, or private citizens willing to go farther than the Constitution-bound government is allowed to. It takes no great expertise to imagine how Americans both given guns and told to hunt down lawbreakers will react to these new powers, and in the wake of Jan. 6 and after many years of Fox News painting targets on American backs, it seems vanishingly unlikely that the conservative writers of the law don’t “intend” for those escalations to take place.